Ray Anthony, the saxophonist who scored a hit with ‘My Marilyn’ in 1952 – and threw a star-studded pool party in his dream girl’s honour – is now 93, and the subject of a short film, Marilyn and I, directed by Phil Messerer. You can watch it here. 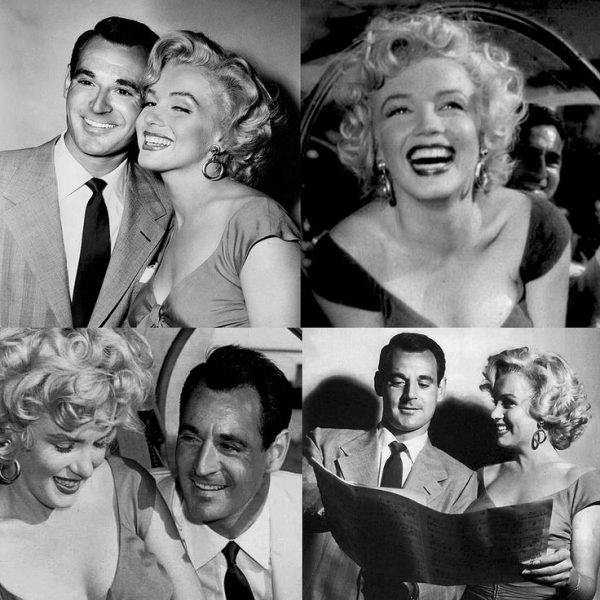 “What inspired me at first was the amazing quality of the original content.  Ray spent most of his life in the limelight and so much of his career was documented with beautiful, high resolution photography.  This allowed me to generate very dynamic camera movement within the photographs themselves and attempt to create a feeling that we were watching a motion picture rather than a slide show.  And I tried pacing it like a modern day music video.  It’s basically Ken Burns on speed.  Most classic content is treated with great reverence by incorporating a very slow, deliberate editing technique.  Our content was fairly lighthearted so I took the rare liberty of approaching historic documents with comic decorum.  Most people forget that Marilyn was a comic actress.  Her films were predominantly sex comedies.  So I actually think this film is very much in tune with her body of work (no pun intended).  After studying her career I felt it was practically called for.  To do a somber Marilyn story would be a disservice to memory.  But the film also has a very touching, very human element; something that I feel Marilyn had and is the reason for her longevity in the hearts of her fans.

Finally, (and I know this sounds a tad pretentious talking about a 14 minute short) I feel that Marilyn and I paints a picture of America itself.  Mr. Anthony’s story wasn’t just filled with run of the mill celebrities.  These were all Icons of Twentieth Century American culture.  Glen Miller – Ray’s first bandleader – the tragic war hero who was the first to make Jazz ‘cool’. Hugh Hefner – Ray’s best friend – who ushered in the sexual revolution.  Berry Gordy – Ray’s tennis nemesis – who started Motown and was at the center of the civil rights movement. And of course Marilyn Monroe – who gave us the term ‘sex goddess’.”

One Reply to “Ray Anthony: ‘Marilyn and I’”