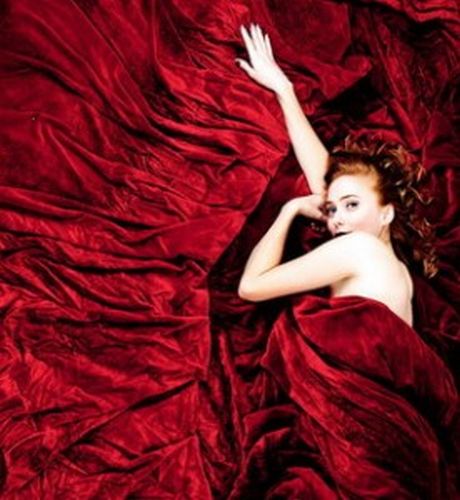 Photographer Rebecca Sandulak recreates classic images – including ‘Red Head Velvet’, an homage to Marilyn Monroe’s 1949 calendar shoot with Tom Kelley – in The Road to Hollywood, an exhibition at cre8ery, Winnipeg, until April 5.

‘ “I love the beauty of the great Hollywood portraits,” says the Winnipeg photographer…Visitors will encounter the likes of Veronica Lake, Dorothy and the Wicked Witch, and a brunette Marilyn Monroe’s infamous photo spread on red satin (sans nudity this time).

That is, viewers will encounter variations on these familiar images; like actors playing well-established roles, Sandulak’s subjects (most of them actors themselves) wear the “costumes” of, for instance, Audrey Hepburn as Holly Golightly in Breakfast at Tiffany’s. The artist’s “Brigitte Bardot” (Meghan Koley) could pass as the genuine article.

The point isn’t to fool the eye — it’s to evoke the spirit of cinema’s classical past.

“The great portraits of screen legends had no Photoshopping done to them and very little old-fashioned manipulation,” says Sandulak, who drew considerable inspiration from Hollywood ‘Golden Age’ photographers such as George Hurrell.

“The result is, there’s greater truth to them. As a purist myself, I love their beauty.”

For that matter, Sandulak, who has been a still photographer on multiple Hollywood (and non-Hollywood) film productions in Winnipeg, appreciates the beauty of a good subject. Especially women.

“I adore women with grace and beauty,” she says. Indeed, the show reinforces precisely how and why some people look like movie stars. As cinematographer Nestor Almendros once explained in Projections magazine, the camera loves some women more than others — specifically, those with “good bones” and symmetrical faces.

“Actors definitely know which are their good and bad sides,” Sandulak says. It’s often been the case that her on-set subjects will articulate if a particular angle will flatter more, or less.’ 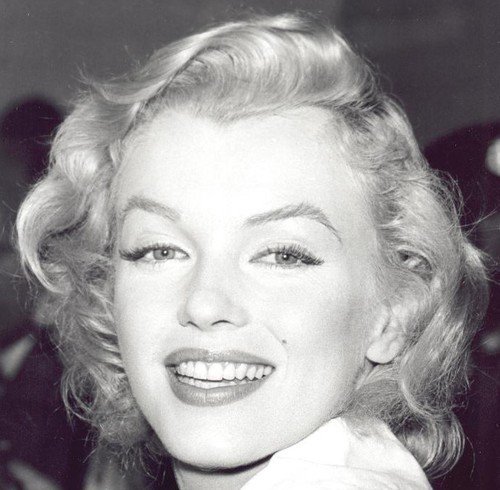 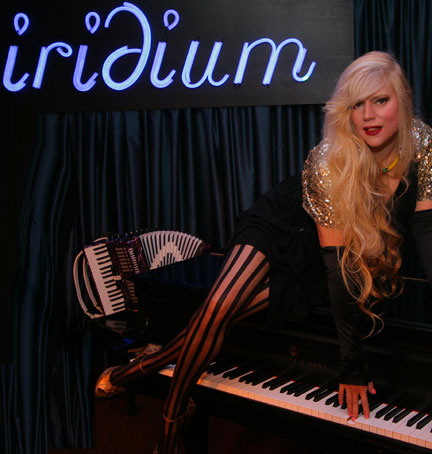 Performance artist Phoebe Legere, who had a college radio hit with her song, ‘Marilyn Monroe’, in 1989, will celebrate the release of her new album, Ooh La La Coq Tail, at the Iridium Jazz Club, 51st and Broadway, NYC, on April 19 at 7pm and 9pm. 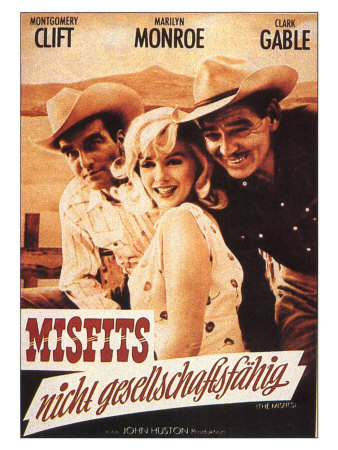 Following Some Like it Hot and All About Eve, The Misfits will be the next of Marilyn’s films to transfer onto Blu-Ray, reports Hi-Def Digest. The release date is May 10 – no word on specs or extras yet.

I don’t have Blu-Ray yet, but would love to see a new DVD edition of The Misfits – the copy I have is not a great print and has no special features. 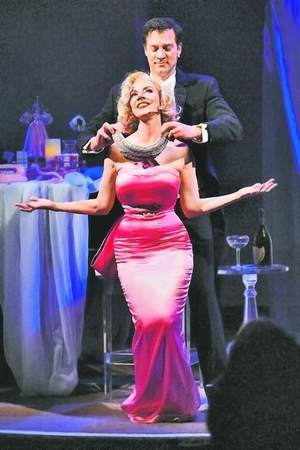 The Howell Opera House in Livingston, Michigan, will present a 3-day celebration of Marilyn from June 10-12. Among the events will be an exhibition of Marilyn-owned items from the collection of Marie Borsage (until June 26), a lookalike contest and a new musical, Marilyn! Babydoll Reflects. 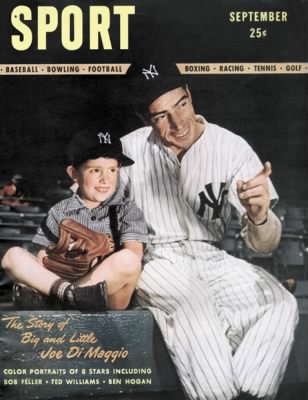 Long after her divorce from Joe DiMaggio, Marilyn Monroe remained close to her stepson, Joe Jr, speaking to him on the telephone hours before she died.

Sadly Joe Jr had a difficult life and could never escape his father’s shadow although Joe Sr tried to support him as best he could. Joe Jr died, ravaged by years of alcohol abuse, just six months after ‘the Great DiMaggio’.

“Joe’s happiest days may have been those that he spent with Marilyn Monroe. One early fall day, just as we all had returned from our summer vacations, Joe told of his stepmother Marilyn making his breakfast and serving it to him.

Usually, when teenagers recount their vacation adventures, gross exaggeration is the rule. But we knew Joe’s story about Monroe was true. How envious we were!”

Joe Guzzardi, Baseball Past and Present

I have often thought that if Marilyn had lived longer, she might have been able to help Joe Jr. His father was a distant, reserved man, as Marilyn knew all too well. Joe Jr’s mother was DiMaggio’s first wife, former showgirl Dorothy Arnold.

Marilyn, who came from a broken home herself, never tried to replace Dorothy but was sensitive to her stepson’s emotional needs. Next to DiMaggio, Joe Jr was perhaps more hurt by Marilyn’s untimely death than anyone else. 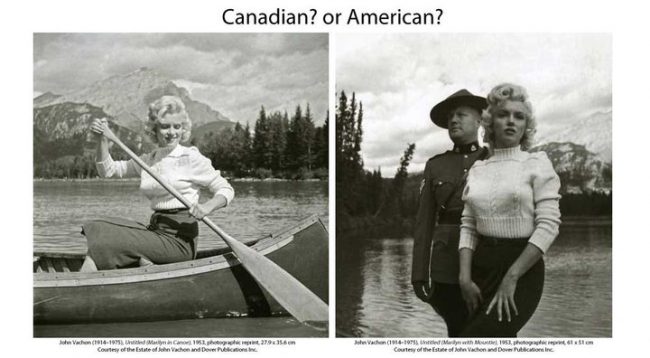 The twin Marilyn Monroe exhibitions currently on show at the McMichael Gallery, Toronto, are also being documented in photos and on video, via Facebook and Youtube. 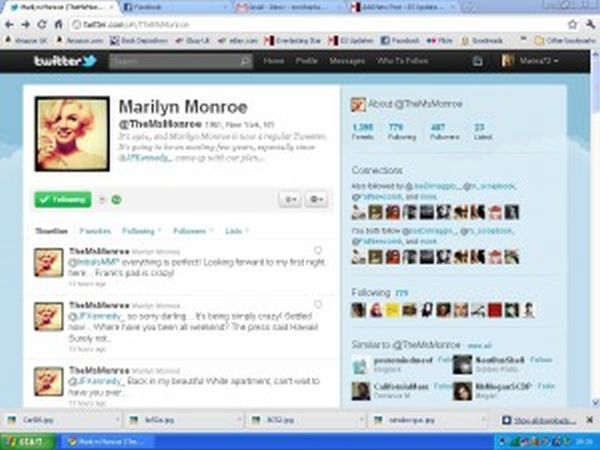 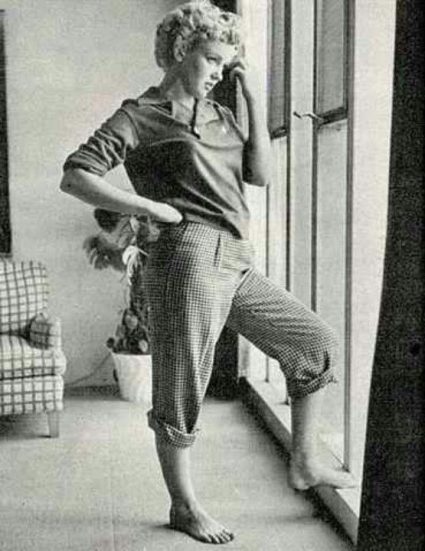 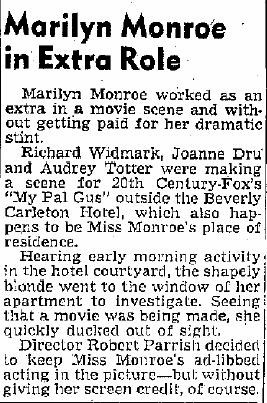 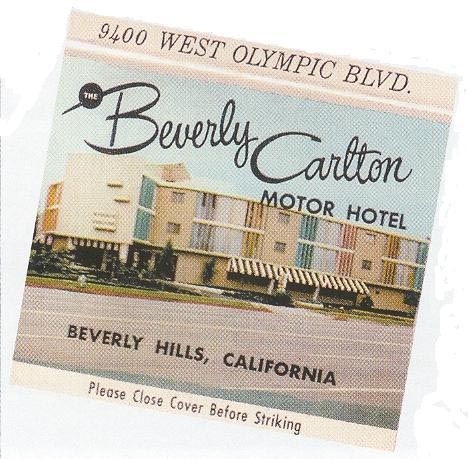 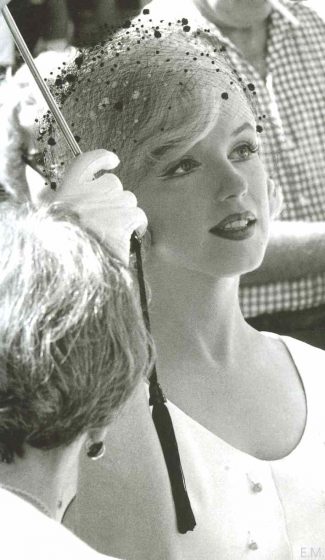 The evergreen Some Like it Hot gets another free showing next week, on Tuesday, March 29, at the Cline Library Assembly Hall, Northern Arizona University (in Flagstaff, AZ.)