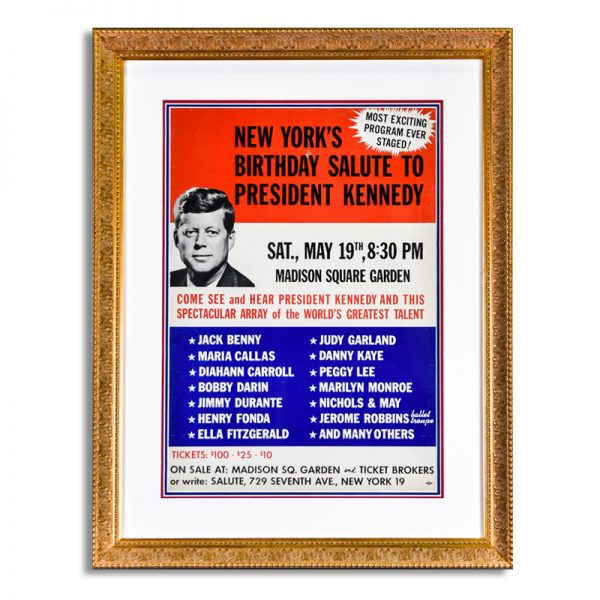 The dress worn by Marilyn when she sang for President Kennedy and assorted paraphernalia continues its US tour with a short stop at Ripley’s museum in Orlando, Florida from November 8, reports Attractions magazine. 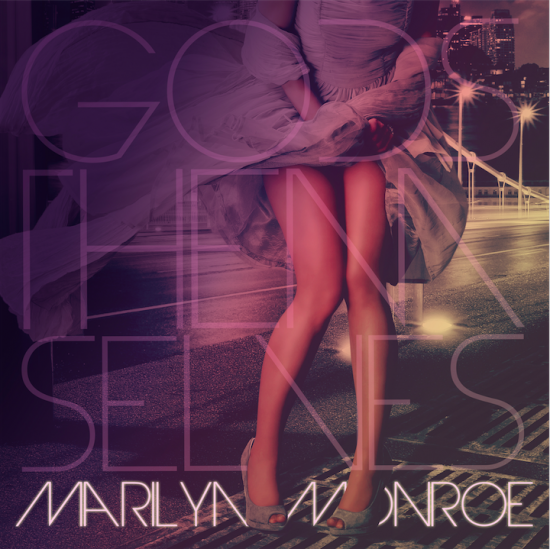 The Gods Themselves – a Seattle-based ‘disco punk’ band led by singer and guitarist Astra Elane – has released a new single, ‘Marilyn Monroe’, from their forthcoming album, Glamour and Grime, as HuffPost reports.

“‘Marilyn Monroe’ begins with a pulsating synth and a potent beat, followed by the entrance of a rumbling bass and bright guitar riffs … The sound is deliciously seductive making you want to get up and shake your booty. In fact, the overall feel of the tune is unadulterated sexy dance music.

The lyrics of ‘Marilyn Monroe’ indicate the lure of seeking what isn’t presently possessed, the glitz and glamour offered by life. “I’m going to change my name / And shed my ball and chain / I’ve got a life to shine.” And ‘Don’t you wanna be like / The boys in the spotlight?’

“Marilyn Monroe” is outstanding, full of an irresistible melody riding a compelling rhythm that aligns with the beat of your heart. ” 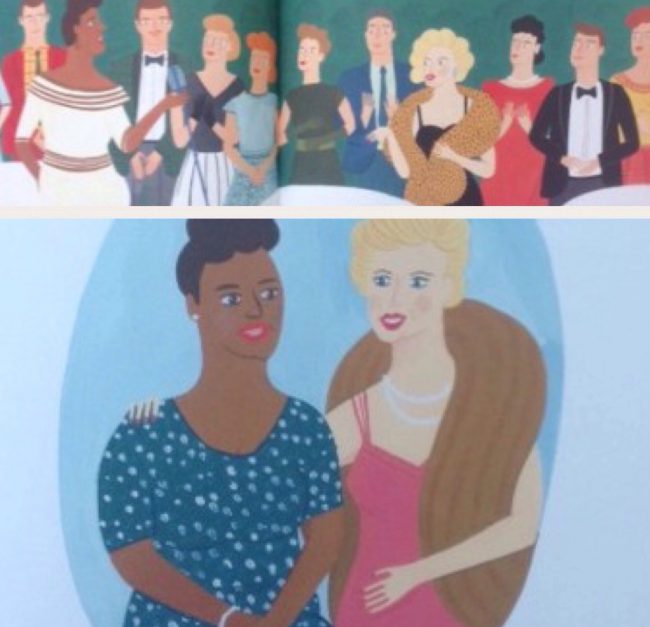 “Ella Fitzgerald is celebrated in two affectionate tributes, Ella: Queen of Jazz on 19 November at Hotel Felix, with author/illustrator Helen Hancocks and award-winning vocal/piano duo, Miriam Ast & Victor Gutierrez. Featuring a selection of Ella’s famous songs, live illustration, plus a short reading and chat about Helen’s latest book and its themes. The inspiring, true story of how a remarkable friendship between Ella Fitzgerald and Marilyn Monroe was born, and how they worked together to overcome prejudice and adversity.” 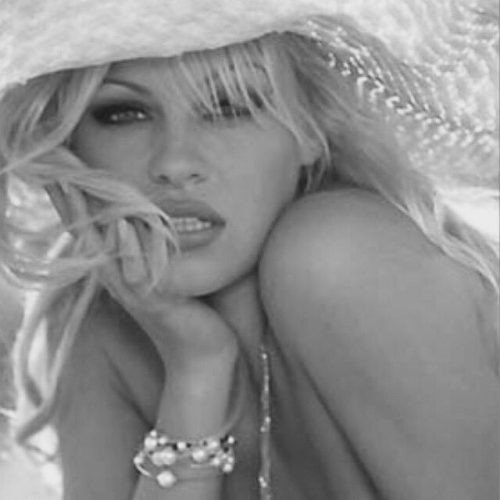 The late Hugh Hefner may have dubbed Pamela Anderson ‘this generation’s Marilyn Monroe’, but in a new interview with King Kong magazine, the former Playboy model turned actress and campaigner politely demurs: ‘Well, that’s an incredible compliment to me. Not sure about my generation.’ 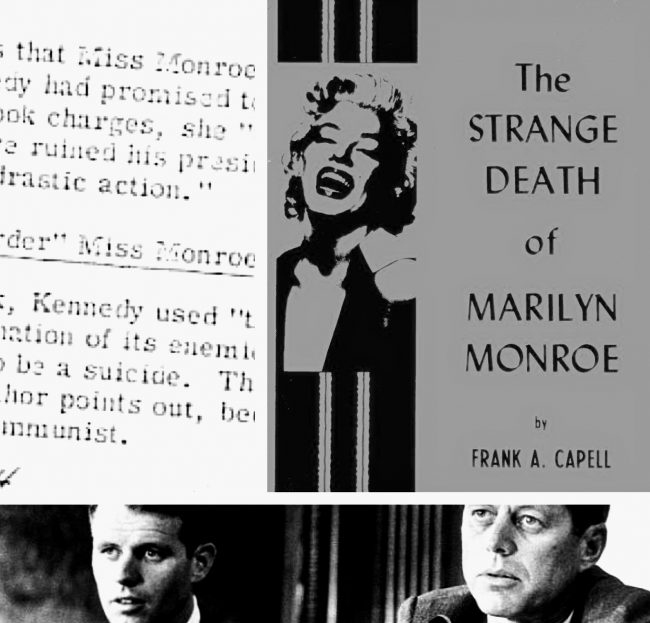 Today’s leading news story concerns the release of US government files on the 1963 assassination of John F. Kennedy. Predictably, tabloid journalists have focused on the president’s rumoured affair with Marilyn before her death in 1962, but in fact, little of substance has emerged on the subject.

Prior to the disclosure, a reporter for gossip website TMZ spoke on camera with Clint Hill, the secret service agent who was in the car when Kennedy was fatally shot. When asked about the alleged Monroe affair, Hill said ‘That’s a fallacy. I never saw her, and I was with him a lot.’

The New York Post notes that an 11-page file was compiled on The Strange Death of Marilyn Monroe, a 1964 polemic by the right-wing conspiracy theorist Frank Capell, and the first to implicate the Kennedys in her death. David Marshall, author of The DD Group: An Online Investigation Into the Death of Marilyn Monroe, has reviewed Capell’s book here, while April VeVea – author of Marilyn Monroe: A Day in the Life – has written about Capell here. With all this in mind, you can also read the book in full here, and judge for yourself.

My review of Artists In Love: Arthur Miller and Marilyn Monroe, part of a 2016 documentary series for the Sky Arts satellite channel and presented by the British actress Samantha Morton (who played an MM impersonator in the 2009 film, Mister Lonely), is published today here.

Over at Den of Geek, Andrew Moir takes a closer look at the many pop culture references to be found in long-running UK sci-fi sitcom, Red Dwarf – including several appearances from Marilyn (as played by impersonator Pauline Bailey, who recalls the experience here.)

“Marilyn Monroe’s star continues to shine, appearing in three different episodes in series II, III and IV. She first pops up in series 2 opener Kryten as a poster on Lister’s locker, showing she’s a recognisable part of the world. She then makes an appearance later in the series as a computer sprite in the game Better Than Life. She’d be back the next year in the form of an unconvincing kit droid for The Last Day, and again in series IV as one of the rebellious droids on Wax World.”

In a fascinating blog post, MM fan Simone Esther looks at Marilyn’s conversion to Judaism in 1956 in the context of a lifelong spiritual journey.

“Norma Jeane’s interest in [Christian Science] drastically subsided when Aunt Ana tragically died of heart failure in 1948, but with her natural intellect and eager curiosity it did not take long for an interest in psychoanalysis and philosophy to develop; an interest which would stay with her until her death.

Perhaps this is one thing that Marilyn found attractive in the Jews that she came to be surrounded by in the 1950s – the tradition’s affirmation of critical thinking, rationalism and natural embrace of philosophical ideals (see The Haskalah).

Already Marilyn’s closest associates were Jews  – including photographer Milton Greene, his wife Amy, poet Norman Rosten and her former acting coach Natasha Lytess – and she held a deep admiration for Jewish physicist Albert Einstein; But it was when she moved to New York to become a ‘serious actress’ at The Actor’s Studio in 1955, that the Jewish home of Lee Strasberg and his wife Paula became her second dwelling. There, she became Paula’s third child and she took comfort in the strong family values instilled by the tradition, something she never had the pleasure of enjoying in her youth. Susan Strasberg once recounted how Marilyn had told her, ‘I can identify with the Jews. Everybody’s always out to get them, no matter what they do, like me.’

So when Marilyn became engaged to Arthur Miller, whom she had known since 1951, it seemed natural for her to approach him and inquire about  joining the faith of his forefathers; Arthur found the entire thing wholly unnecessary, but supported his bride’s decision nonetheless.

Truth be told, Judaism played little role besides providing community in Marilyn’s life once her initial enthusiasm faded – she even later described herself as a ‘Jewish atheist’. Yet in the brief time of her observance, no matter how valid we consider her conversion to be, she provided a platform to other Jews-By-Choice and paved a path for many of her contemporaries to soon, perhaps more stringently, venture for themselves.” 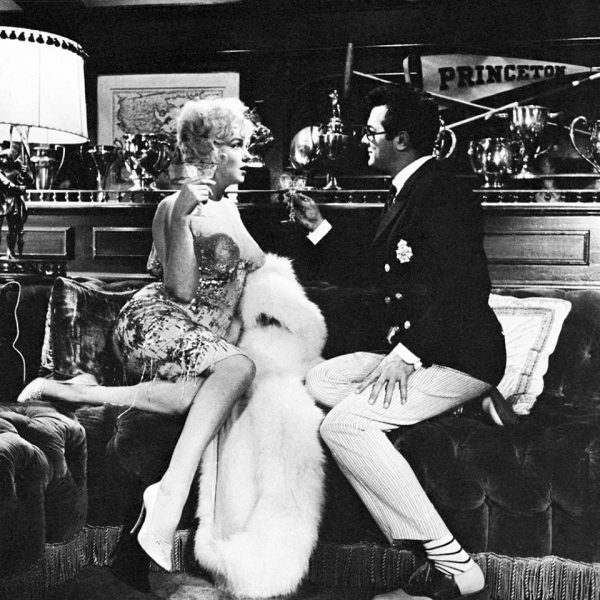 Some Like It Hot has been named one of the 10 Best Rom-Coms of All Time by Harry Fletcher in London’s Evening Standard. While I’d say this enduring favourite is more akin to screwball farce than a conventional romance, it’s always great to see Marilyn’s movies getting the recognition they deserve.

“It marks one of Monroe’s most beguiling performances and was released just three years before she passed away in 1962. It’s without a doubt one of the best films of the decade and also features the best closing line of all time too.” 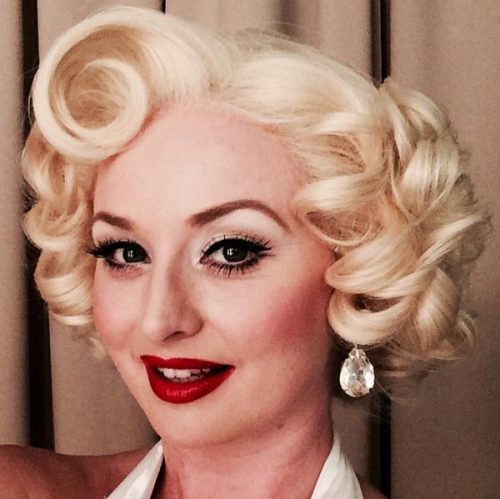 Riely Saville, an Australian-born entertainer and Marilyn impersonator, has become the latest woman to speak out about sexual harassment at the hands of Hollywood producer Harvey Weinstein, as well as two unnamed US rappers, in an interview with Megan Palin for News.com. Marilyn herself experienced sexual harassment and assault (as explained here,) and on behalf of ES Updates, I am now extending my support to all women (and men) who have been exploited and victimised in this way.