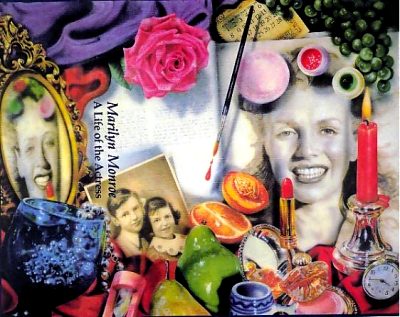 “As portrayed in her own words, Marilyn Monroe emerges as thoughtful and accomplished — not characteristics that most biographies emphasize. She had marvelous taste and could decorate a house or cook a meal with panache. Photographs in this book document her avid reading and her craving for the classics. Her diaries, letters and notes record responses to literature even as they reflect the misspellings and grammatical errors of an earnest but self-educated artist.”

Carl Rollyson, author of Marilyn Monroe: A Life of the Actress, reviews Fragments 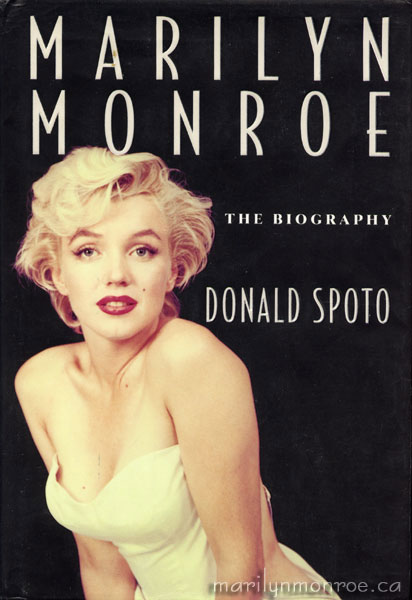 “Twenty years ago, for example, I began research for a life of Marilyn Monroe–the first such project authorized by her Estate, with no strings attached and unhindered access to a massive array of materials never before consulted. After conducting more than a hundred interviews and surveying an astonishing cache of primary material, something unexpected became clear. Monroe was not a dimwitted woman of easy virtue who spiraled downward into suicidal depression. She was something very different indeed from that popular misconception.” 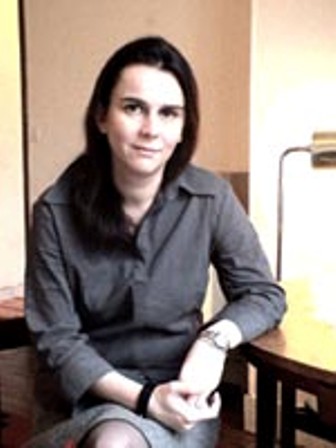 The French author, Tiphaine Samoyault, has spoken to Liberation France about her latest translation, Marilyn Monroe’s Fragments. (Note: this interview has been translated from French to English. I apologise in advance for any errors!)

The translation of Fragments was made by Tiphaine Samoyault, who is one of the translators of Ulysses by James Joyce, and is currently working on a biography of Roland Barthes.

You immediately accepted this project?

Yes and no, I was a little taken aback by the proposal. It was as if I were offered to meet someone ultra-famous , as if I were told: Obama tomorrow you’ll meet face-to-head, because the translation is still a ‘head-a-tete’.

After it became extremely hard to do that. The simple things she talks all the time, compared with men … It’s amazing, I translated phrases that I had to pronounce, or vice versa … but that’s an experience that is shared by any translator.

Besides what I do for the magazine Poetry, my most significant translation is Joyce’s Ulysses. It’s funny, there is in Fragments that famous photo of Marilyn reading Ulysses. There are other photos of her reading, but when she read Arthur Miller, one sees that this is a picture laid, when she reads Whitman and Joyce, she really reads.

What is special about this translation?

I was working on a manuscript not established: initially, I had a bundle corresponding to a first decryption done by the publishers. Then, everything changed much, the timing and sequence of text, even reading them … Until the end, we hesitated on reading some words.

Sometimes it was related to illegible handwriting – including notes written on paper bearing the letterhead of the Waldorf Hotel, a time when she was very desperate – and sometimes her spelling was erratic.

Being in front of a completely unstable text was very interesting so this instability corresponds to the emotional instability reflected in these texts that this made the experience quite strong, a bit full. I found that there was a profound truth: even in the solar side of Marilyn, even in its beauty, its light, there is something unstable.

How did you work on these texts?

The first, a note she wrote at age 17, is in a very hesitant English. Afterwards, when we see all the work she did on the language, the determination she had to speak and write well, her search for meaning, it was important that in the translation, I did not remove the uncertainty of her first draft.

Moreover, according to the emotional state in which it was written, the spelling changed much, and it’s very troubling, because after a while, you just have to look at the pages to see how her state is. But it is also sensitive to the attentive reader.

Among the texts that I like best, there’s this wonderful poem, “I left my house … green rough wood, and I love that journey over the bridges, which I find very powerful, very elliptical.

And the long letter to Dr. Greenson, very articulate, very beautiful. We can see how from the first note, written in a very grave concern about a possible infidelity by her then-husband, to this letter written after her divorce, she had gained a mastery.

That does not make it happier, but she has a mastery of expression, even in times uncontrollable. This ability to self-educate has heavily affected her. She was helped by people she met, but she was able to reach out to them.

At the same time that this translation, you were writing the biography of Barthes …

I started work on Barthes a year ago and a half. But I was not working on both manuscripts at once, and so I didn’t have two different texts in my head at the same time.

In both experiments, there is something very intimate. We leave a report in the text to enter into a relationship of proximity with human beings, which passes through the very concrete report to paper, writing, inks …

After, which is surprising in Barthes, is that if this spirit articulated, educated – overeducated, even – who has complete mastery of the language, gradually gives way, he was attracted by the non-mastery. You see it in his last work, his last texts, how it enters the batch.

Marilyn is just the opposite. We have a batch text by default, and a progressive quest of mastery.

Finally, what does this translation for you?

At first I did not know what to expect, I might have some little letters, it would be quite ordinary. I told myself that it’s not very serious, as if there was a gap with what I am. And along the way, it became a powerful experience.

I found that there was, both in what she writes and how that text happens to us, something powerful, we cannot fully possess, which is of the order of instability, fragility in writing, but also incomplete. Ultimately, I was very touched and very proud to have done that. 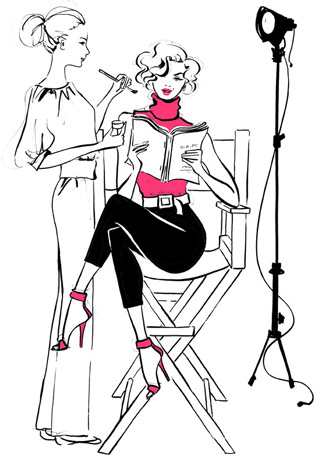 “No serious interests, but I’m always interested…” – Marilyn Monroe, when asked if she was dating or in love.

“Jackie had more men per square inch than any woman I have ever known.” – Letitia Baldrige

Jacqueline Kennedy Onassis and Marilyn Monroe were two of the most famous women of the 20th Century, and even today, their celebrity and glamour is so absolute that they are still known by their first names, ‘Jackie’ and ‘Marilyn.’

Marilyn and Jackie were World Class when it came to interpersonal relationships. And you can bet that neither Jackie nor Marilyn ever fell into the demeaning He’s Just Not That Into You single-gal construct that has been mythologically created today. Whether dating, navigating marriage, dealing with a director or meeting Nikita Khrushchev, Marilyn and Jackie always had the upper hand in relations with the opposite sex.

Pamela Keogh, ‘How to Love Like Jackie O and Marilyn Monroe’

Read more about love and marriage, the Monroe/Bouvier way, from Pamela Keogh, author of the newly-published book, Are You a Jackie or a Marilyn? 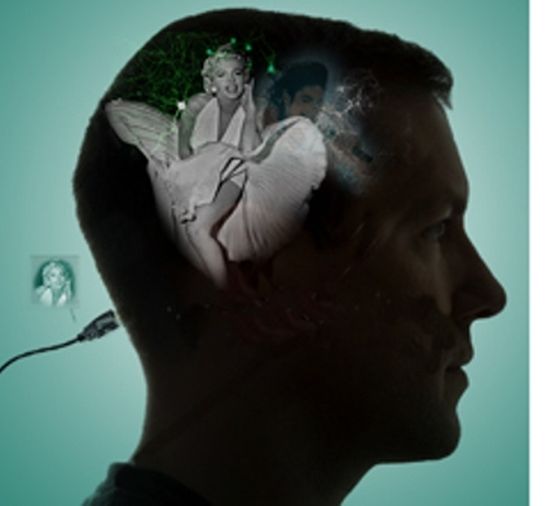 “People with a rare disorder that paralyzes all muscles except their eyes may one day communicate through computer images because of research using photos of Marilyn Monroe and Josh Brolin.

In an experiment, 12 neurosurgery patients had electrodes implanted to measure how often neurons fired in their brains. When shown fuzzy computer images of both actors, they were able to bring the ones of Monroe into sharper focus by concentrating on them, according to research published in the journal Nature.”

The publication of Fragments has revived the age-old (and to me, baffling) debate on Marilyn Monroe’s intellect. In Canada’s Globe and Mail, Lynn Crosbie ponders…

“But why are we so determined to make her an intellectual as well? Most riveting in film because of her unparalleled charisma, Monroe was not a brilliant actress, but a perfect spectacle.

While attracted to dour, cruel artistic men, she was not an artist herself, or an intellectual — all of these attributions derive from the bad company — Svengalis like Strasberg, Arthur Miller and photographer Milton Greene who groomed her to play classical roles — she was keeping, late in life.

Is it easier to howl at Monroe’s beauty when one dignifies such lust, even love, by affecting an admiration — again, like a coroner — of what lay beneath?

I asked the living legend, Monroe’s colleague, Mamie Van Doren — who is alive and well and gorgeous — what she thought of Marilyn-the-Genius.

‘I’m not sure you would call her an intellectual,’ she said. ‘What I do know about Marilyn is that she was a hard worker in a difficult profession, one where your peers often take greater delight in tearing you down than building you up, especially if your stock in trade was glamour.'”

“The false choice between intellectualism and sexuality in women has persisted through the ages. There was no more poignant victim of it than Marilyn Monroe.

At least, unlike Paris Hilton and her ilk, the Dumb Blonde of ’50s cinema had a firm grasp on one thing: It was cool to be smart. She aspired to read good books and be friends with intellectuals, even going so far as to marry one. But now another famous beauty with glowing skin and a powerful current, Sarah Palin, has made ignorance fashionable.”

The full-length video for ‘Marilyn’, a song by transsexual performance artist Amanda Lepore, and featuring rapper Cazwell, has just been released. Here are some of the lyrics: 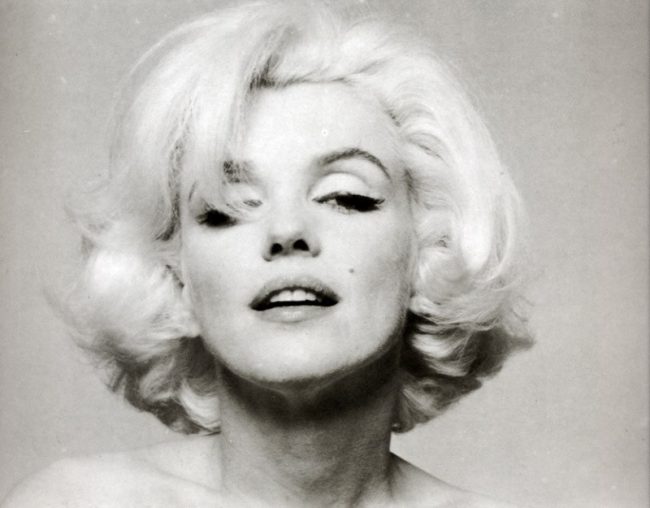 Original photographs from Bert Stern’s ‘Last Sitting’ of 1962 are on display at the Schloss Britz in Berlin until January 30, supplemented with items belonging to Monroe collector Peter Schnug and an installation, ‘Marilyn’s Interiors’, by artist Nicole Cohen.

Video footage from the exhibit here 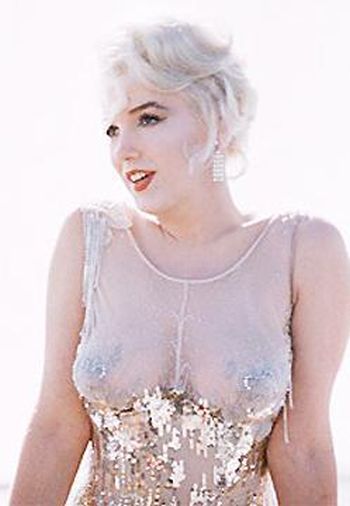