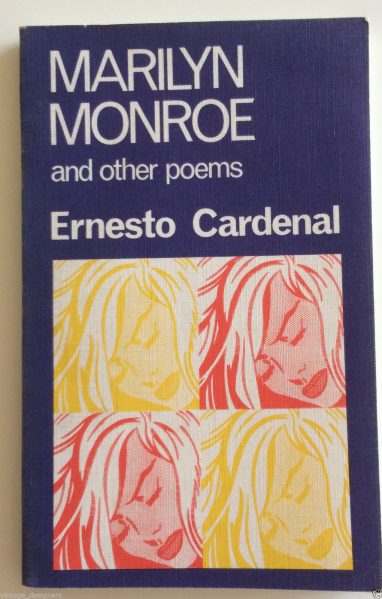 The Nicaraguan poet and priest, Ernesto Cardenal, has spoken about one of his most famous poems, ‘Prayer For Marilyn Monroe’.

“A devoted fan of American poetry (‘the best in the world right now,’ he says), Cardenal has had a very particular relationship with the U.S. all his life. In his youth, he studied poetry at Columbia University and joined Thomas Merton’s Trappist monastery in Kentucky.

Many of his verses include references to American culture, and one of his most famous poems is ‘Prayer for Marilyn Monroe.’

‘I was studying for the priesthood in a seminary in Colombia and, during a theology class, we got the news of Marilyn Monroe’s death. That’s when I wrote the poem,’ he says.” 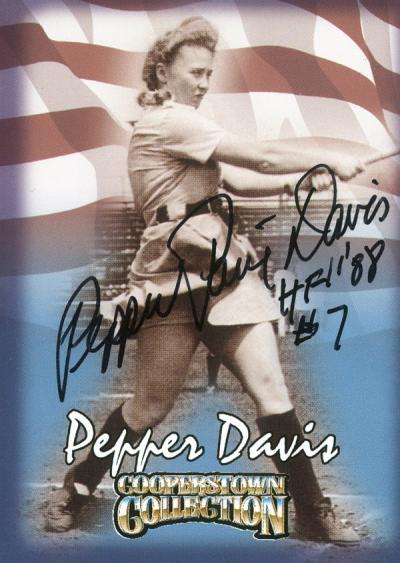 Born in 1924, Davis would probably have been two academic grades above Norma Jeane, who briefly attended from February to June 1942, when she left to marry Jim Dougherty. It’s therefore unlikely that the girls knew each other well, although Davis admits, ‘People still call to buy my yearbook.’ University High has often been used as a location in films and TV.

Interestingly, Davis worked at Lockheed Munitions Plant after leaving high school. She was studying English at UCLA (where Marilyn would later take night classes) when a baseball scout picked her for the team. Davis travelled across America with the All-Stars, earning just $55 a week.

Jim Dougherty had worked at Lockheed in 1941, when he first met Norma Jeane. After Dougherty joined the Merchant Marine, Norma Jeane worked at the Radioplane Munitions Factory where she was first discovered by photographer David Conover. After finding fame in Hollywood as Marilyn Monroe, she married one of baseball’s all-time greats, Joe DiMaggio, in 1954.

Described on Wikipedia as ‘a fine defensive player with good range on the field and a strong throwing arm’, Pepper played with the All-Stars from 1944-53. She was portrayed by Geena Davis (no relation) in the 1992 movie, A League of Their Own, and her autobiography, Dirt in the Skirt, was published in 2009. 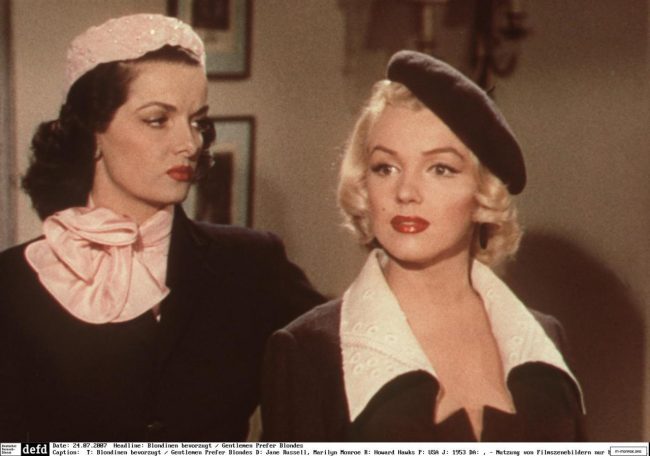 Gentlemen Prefer Blondes will be screening at Kent Memorial Library, Suffield, CT, on Wednesday, May 4, at 2pm. Admission free.

Deborah Harry, lead singer of Blondie, was once described as ‘the punk Monroe’. In the latest issue of the UK’s Q magazine, the 65 year-old star admits to having had a girlhood crush on MM:

During the 1980s, Debbie – who was adopted as a baby – admitted that she used to daydream that Marilyn was her natural mother:

“One afternoon while we sat in the kitchen drinking coffee my Aunt Helen said I looked like a movie star, which thrilled me and fueled another secret fantasy about Marilyn Monroe possibly being my natural mother. I always thought I was Marilyn Monroe’s kid. I felt physically related and akin to her long before I knew she had been adopted herself. Of course my continual participation in this maternal fantasy has changed drastically as I’ve grown up and discovered that quite a few adopted girls have the same notion. But why Marilyn and not Lana Turner, Carole Lombard, Jayne Mansfield? Maybe it was Marilyn’s need for immense doses of demonstrative love that is the common denominator between us. Although that doesn’t fit me because I got loads of love…”

From ‘Making Tracks – The Rise of Blondie’ 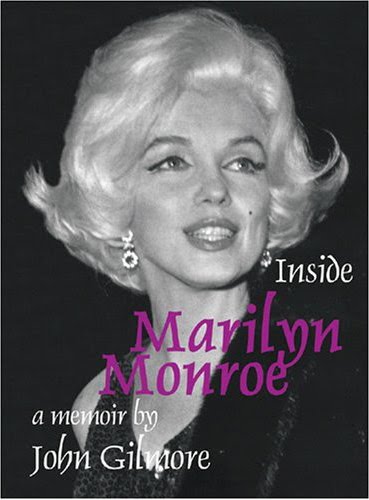 John Gilmore’s 2007 memoir, Inside Marilyn Monroe, is now available as an E-Book. According to the blurb, ‘This new e-book edition includes an extended, revealing interview with John Gilmore on his friendship with Marilyn Monroe.’

And in other literary news, Marilyn’s poetry (revealed last year in Fragments) was featured in ‘Poetry and the Creative Mind’, the annual celebration of verse at New York’s Lincoln Centre. ‘The classic and the colloquial were paired from the beginning,’ Associated Press reported earlier this week. ‘Master of ceremonies Chip Kidd read a gloomy excerpt by Marilyn Monroe and continued a tradition of fitting (Emily) Dickinson’s compressed verse to contemporary song.’

This photograph of Marilyn with another screen beauty, Choi Eun-hee, during her trip to Korea in 1954, is featured at the Korean Film Museum (KOFA.)

Born in 1926, the same year as Marilyn, Choi Eun-hee began her movie career in 1947 with A New Oath, and soon became one of Korea’s biggest stars. From 1955-85, she appeared in 81 films, and was named Best Actress at the Moscow International Film Festival for her role in Sogum.

However, in 1978, Choi Eun-hee and her former husband, film director Shin Sang-ok, were kidnapped to North Korea by order of future dictator Kin Jong-il, who forced them to remarry and produce propaganda for his cause.

In 1986, Choi Eun-hee and Shin Sang-ok escaped during a state trip to Vienna. They later published an account of their experiences together.

June 1, 2011, marks what would be Marilyn’s 85th birthday, and preparations are already underway. If you’re feeling creative, the Andrew Weiss Gallery in LA are looking for fan-made cards, for possible inclusion in their upcoming photo exhibit, ‘Happy Birthday Marilyn’. All entries must be submitted by May 20.

Tapes recorded in 1998 by Jeff Platts, nephew of George Masters, suggest that the celebrity stylist was with Marilyn the night before she died:

“About a month before he passed away, he sat down and recorded some discussions with Platts. Recently, Platts shared a portion of the tapes with me, specifically one that dealt with Monroe’s last night.

In a frail but controlled voice, here’s what Masters remembered about the last night he saw Monroe alive.

‘The night before she died, the last time I saw her, was in Lake Tahoe at the Cal-Neva Lodge. She was there with Sam Giancana, who was the head of the Mafia.'”

Masters was one of Hollywood’s top hairdressers, and he styled Marilyn’s hair for her ‘Last Sitting’ with Bert Stern in June 1962. He can also be seen with Marilyn in photos taken at a Miami airport earlier that year, en route to Mexico.

Though she admired his skills as a stylist, Marilyn never seemed to confide in Masters as much as some of her other aides, eg make-up man Whitey Snyder or masseur Ralph Roberts. According to Platts, Masters did not remember Monroe fondly:

“George and Marilyn had a love-hate relationship. He described her as the coldest person he’d ever known. He said she’d never really loved anyone but herself. She would do whatever was necessary to keep all the attention focused on her. Her public image was a complete fabrication. George stayed with Marilyn because she was his biggest client (financially as well as level of celebrity).”

These claims appear in an article by Chris Epting for AOL. Epting is also the author of Marilyn Monroe Dyed Here: More Locations of America’s Pop Culture Landmarks.

Over at The Examiner, Elisa Jordan offers her opinion on these latest allegations:

“Let’s start here: Pat Newcomb (Monroe’s publicist) said she slept over at Marilyn’s house that night, but doesn’t address whether or not Marilyn was there—only that Marilyn woke up about noon.

Actually, although Newcomb has spoken very little, at least publicly, about her relationship with Marilyn, she has stated that she and Marilyn went out to dinner at a local restaurant that Friday night. Some people maintain that the women were with Peter Lawford. And even other stories report that Bobby Kennedy was there. I tend to believe it was a low-key evening at a restaurant with Marilyn and Pat, but I wasn’t there. The important thing to remember is that in all versions of the story, Marilyn and Pat were out together on the night of August 3. How could Marilyn have been in Lake Tahoe?

And let’s address Lake Tahoe. Epting does ask some important questions. Were there other people on the plane, for instance? It’s unclear. I would like to take that a step further. What about the pilots? Were there flight attendants? Airport employees?

Masters claims he drove Marilyn home from LAX, but who picked her up in Lake Tahoe? Wasn’t there a driver? Where is he? What about the employees at the Cal-Neva? Cooks? Waitresses? Maids? Bellhops? No one saw Marilyn Monroe, the world’s most famous movie star, at the lodge that night? No other guests saw her? These types of people were able to place her at the Cal-Neva a week earlier. Why not on August 3, too?”

“If Epting’s reporting is correct—and I believe that it is—then Masters died broken and drug addicted. And if George Masters and Marilyn Monroe had a ‘love-hate’ relationship as reported in Epting’s article, was Masters merely trying to get the last word over Marilyn? Did he merely want to involve himself in one of the most famous mysteries of the 20th century?

Sound like a credible witness to you? Not to me, but I admit that I’m cynical about stories people tell about Marilyn Monroe—especially stories concerning her death. At this point there are so many that it’s nearly impossible to keep them straight.

Now George Masters has added himself to that list. Is it any wonder why people are so fascinated with Marilyn Monroe’s death? The victim is an American icon. The suspects and coconspirators are also celebrities, including a beloved President of the United States. It is a story that instantly makes you famous if you claim to be involved in it. And everyone, it seems, wants to be involved.”

My personal view on these tapes is that though interesting, I am highly sceptical of Masters’ claims. I find it hard to believe that Marilyn really did visit Lake Tahoe the night before she died, because there are no other witnesses. I think she probably spent the evening with Pat Newcomb, and perhaps stayed at home because Pat was unwell that weekend.

Pat Newcomb is still alive and in her eighties. She has never spoken publicly about Marilyn’s death and I doubt she ever will. The truth, I suspect, is more mundane – and even more sad – than the conspiracy theories espoused by Masters et al.

I think Newcomb is the only person still living who knows the truth about Marilyn’s final days. Even if she did tell all, the rumours would carry on regardless. So while her silence may be frustrating to those of us who would like to see the record set straight for once and for all, I can understand her reluctance, and even respect it. 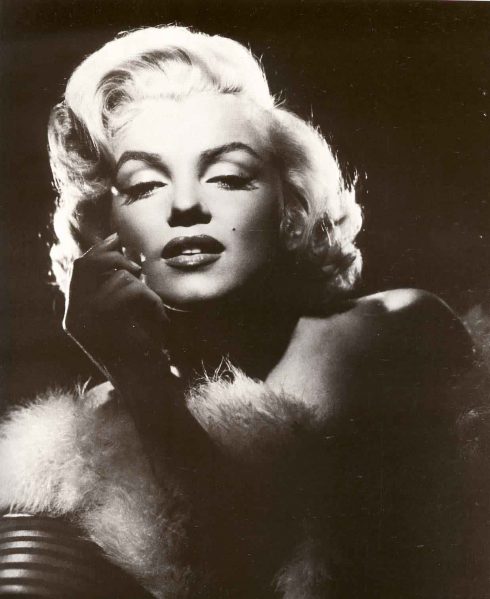 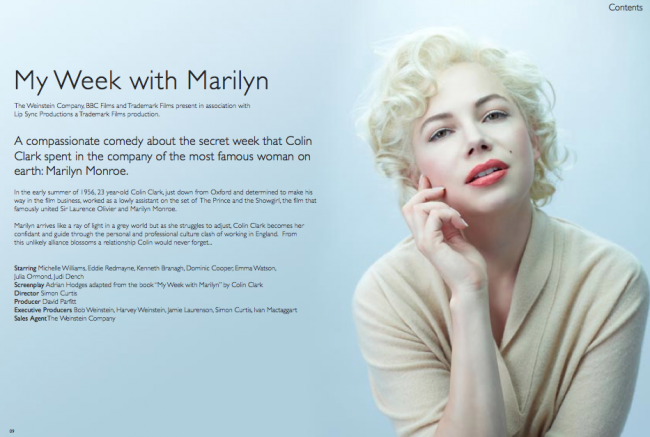 An official synopsis for the upcoming movie, My Week With Marilyn, has been revealed on the Michelle Williams Fan website.

“A compassionate comedy about the secret week that Colin Clark spent in the company of the most famous woman on earth: Marilyn Monroe.

In the early summer of 1956, 23 year old Colin Clark, just down from Oxford and determined to make his way in the film business, worked as a lowly assistant on the set of The Prince and the Showgirl, the film that famously united Sir Laurence Olivier and Marilyn Monroe.

Marilyn arrives like a ray of light in a grey world but as she struggles to adjust, Colin Clark becomes her confidant and guide through the personal and professional culture clash of working in England. From this unlikely alliance blossoms a relationship Colin would never forget…”