Marilyn’s controversial ‘letter of despair’ has sold for $156,000 (the base price was $50,000) at yesterday’s Profile in History auction, after the sale was unsuccessfully contested by Lee’s widow, Anna Strasberg, reports Monsters and Critics.

Bob Kotalik, former chief photographer for the Chicago Sun-Times, has died aged 87 in Arizona. He had been suffering from Alzheimer’s Disease.

This photo of Marilyn, during a promotional tour for Some Like it Hot at Chicago’s Ambassador East Hotel in March 1959, is believed to have been taken by Kotalik, according to an article in the Sun-Times, published on May 2nd, 1986.

Thanks to Fabienne Colas, creator of the Films of Marilyn Monroe Facebook page.

‘More Than Meets the Eye: The Life and Films of Marilyn Monroe‘ is a new retrospective, screening at the Austin Film Society in Texas throughout June, beginning with the 1994 documentary, The Mortal Goddess, on the 4th – followed by a double bill of her early efforts, Ladies of the Chorus and Clash by Night, on the 5th.

As part of its ‘Essential Movie Library‘ series, Los Angeles magazine explores how Some Like it Hot helped to bring down the National League of Decency, and why Marilyn’s presence has made it such an enduring classic:

“This is the best movie of the sound era’s greatest female star, her unsung skills as a comedienne plainly tethered to the same vulnerability, even instability, that undid her, her performance of  ‘I’m Through With Love’ more personal than anyone intended except maybe Monroe herself…The National League of Decency condemned this instant classic and almost immediately rendered itself obsolete; Kansas wouldn’t allow the film to be shown anywhere in the state, rendering Kansas obsolete too.”

Despite the theft of around thirty photos of Marilyn – reported here last week – the touring Ferragamo exhibit has opened in Prague as planned. Here, visitors view Tom Kelley‘s iconic nude calendar shot from 1949 – selected as one of today’s best news pictures by The Guardian.

Two months ago, I reported on the upcoming sale of a very personal, and rather sad letter, written by Marilyn to Lee Strasberg. The auction, held by Profiles in History, is due to take place tomorrow, May 30th.

However, Anna Strasberg – Lee’s widow, who has overseen his estate (and Marilyn’s, which he had inherited) for many years – has filed suit at Los Angeles Superior Court to have the item withdrawn from sale, claiming that last month, she discovered the letter was missing from her collection.

As I’ve said before, I don’t think such an intimate letter should be auctioned, out of respect for Marilyn. However, the letter’s provenance remains unclear. For more details, visit SWRNN.

UPDATE: Mrs Strasberg’s suit has been dismissed, according to SWRNN. Her attorney, Bradley Mancuso, said he would return to court with additional evidence.

“Love, Marilyn is not the standard documentary.  It tells Marilyn’s story, yes, but not so much in a biographical sort of way.  It follows the general timeline of her life, including footage of Marilyn herself with her own words about those times.  But it isn’t a sensational, nitty-gritty type of look at her.

Love, Marilyn is honest about her problems, the struggles we all know she had.  It also makes it clear how hard she worked, how much she wanted to be loved and respected.  She is neither demonized nor canonized.  She is humanized.

This is the documentary that Marilyn deserves.” 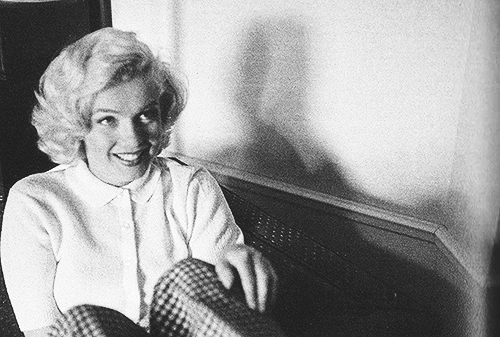 In 1953, 21 year-old Alice Majcher was working at the Banff Springs Hotel as a chambermaid, and became good friends with a very famous guest – Marilyn Monroe. She shares her memories over at Banff Crag and Canyon.com. (Interestingly, she has yet to see the film Marilyn was shooting – River of No Return.)

“‘She was very sweet and very quiet, very soft spoken and very friendly. She was lovely,’ McDonald recounts while sitting at breakfast on Sunday, May 19, the morning after the Fairmont Banff Springs Hotel’s alumni gala celebrating the castle’s 125th anniversary.

The King City resident also describes how Monroe shared her chocolates with her when she came to tidy up Monroe’s room and one time, McDonald even modeled a pair of Monroe’s own shoes for the actress. (The shoes were too big, but McDonald said it didn’t matter.)

‘I just remember her being so demure and just a very sweet person. She treated me nicely, too.’

McDonald has a photo album dedicated to the summer of 1953, including some snaps from the set with leading actor Robert Mitchum and of a few bus boys from the hotel dressed as Mounties for a scene.” 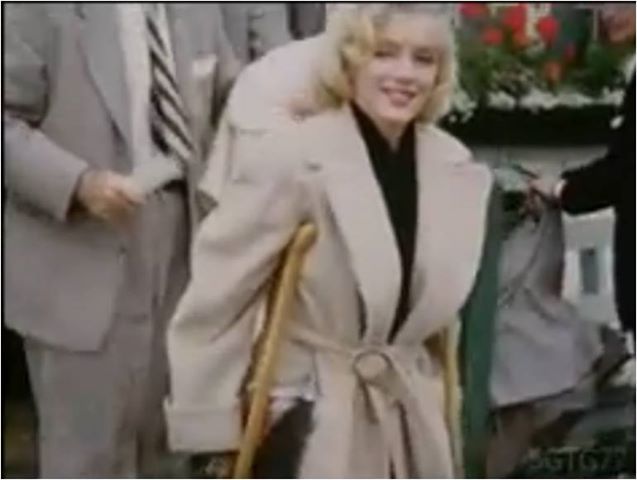 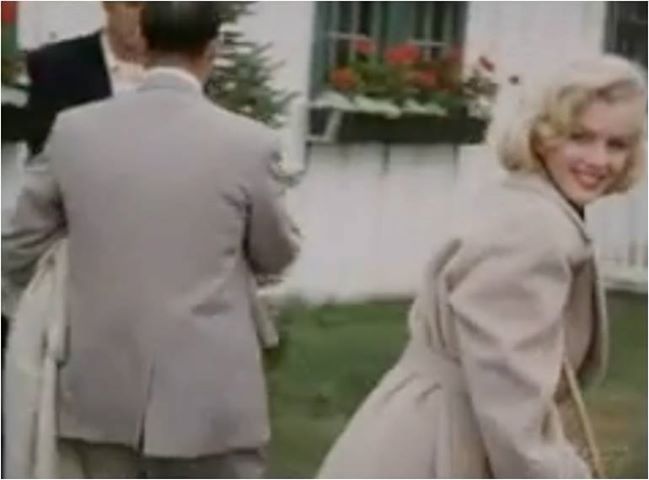