A new book about Marilyn has been published in Japan. As far as I can tell, it’s a book of quotes compiled by Takano Tarumi, and the title roughly translates as Marilyn Monroe: A Fascinating Woman’s Words. Aside from the beautiful cover it’s really for Japanese fans and completists only, as there aren’t many photos and none are particularly rare. 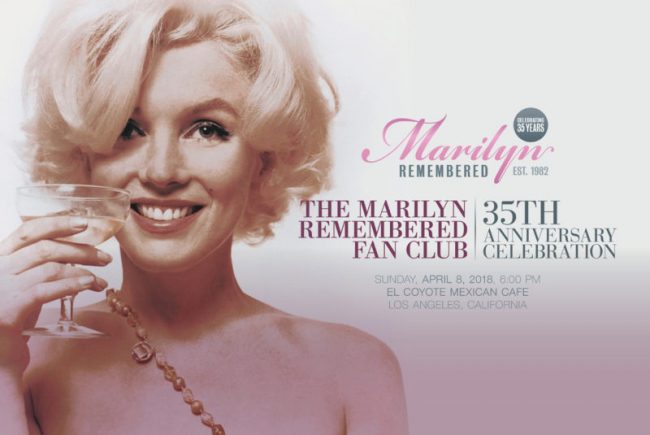 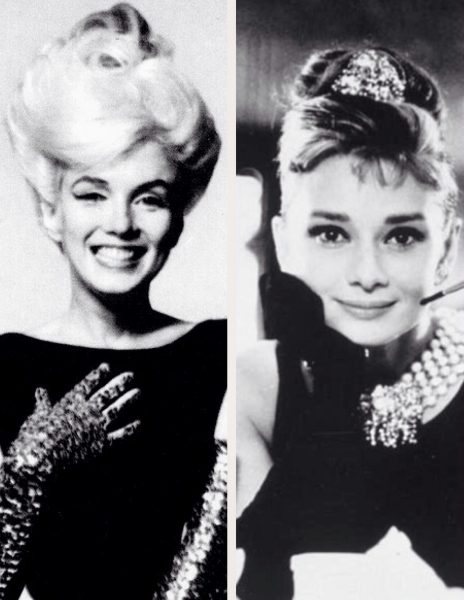 The role of free-spirited Holly Golightly in the 1961 movie, Breakfast at Tiffany’s, was first offered to Marilyn before it became an unlikely star vehicle for Audrey Hepburn. But as Emily Temple writes in ‘20 Literary Adaptations  Disavowed By Their Original Authors,’ an article for Literary Hub, novelist Truman Capote was unhappy with the casting.

Although Marilyn’s rejection of the part is usually attributed to (or blamed upon) Paula Strasberg, others also advised her against it – but on artistic grounds, and not, as reported, because Holly was a call girl (a detail sidelined in the movie.)

‘I can see Marilyn playing a part like Holly and even giving this present one all the elan it badly needs,’ Edward Parone wrote in a 1959 report, ‘but I don’t feel she should play it: it lacks insight and warmth and reality and importance.’ Parone was then working for Marilyn’s production company, and would be a script advisor on The Misfits – and despite Audrey’s success, it was a view with which many critics, including Capote himself, would have agreed.

“Famously, Truman Capote wanted Marilyn Monroe for the part of Holly Golightly in the film adaptation of his now-classic novella. As Capote explained: ‘I had seen her in a film and thought she would be perfect for the part. Holly had to have something touching about her . . . unfinished. Marilyn had that.’ But although in a lot of ways she was perfect for the role, and though Capote claimed ‘she wanted it so badly that she worked up two whole scenes all by herself to play for me,’ she was discouraged from accepting the part by her dramatic advisor and acting coach Paula Strasberg, who said ‘that she would not have her play a lady of the evening.’ The role ended up going to Audrey Hepburn. ‘Paramount double-crossed me in every way and cast Audrey,’ Capote said. But it wasn’t just the casting that bothered him. ‘The book was really rather bitter,’ he told Playboy in 1968, ‘and Holly Golightly was real—a tough character, not an Audrey Hepburn type at all. The film became a mawkish valentine to New York City and Holly and, as a result, was thin and pretty, whereas it should have been rich and ugly. It bore as much resemblance to my work as the Rockettes do to Ulanova.'” 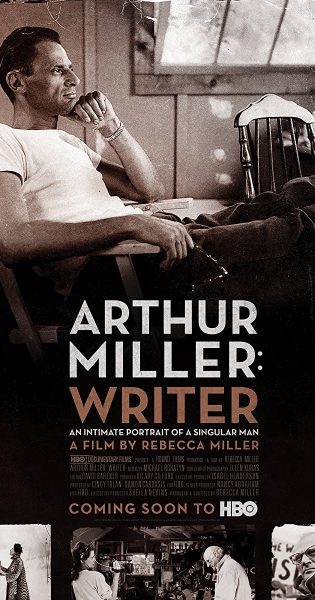 Arthur Miller: Writer, a new documentary made by his daughter Rebecca and covering his extraordinary life and career (and Marilyn, of course), will have its US television premiere on pay-per-view channel HBO from March 19, reports Broadway World.

Dina Gachman’s Tribute: Marilyn Monroe, first published in 2013, has been reissued in Tribute: Classic Hollywood, a new compendium from Tidal Wave Productions, alongside Gachman’s comic book tribute to Elizabeth Taylor, and others on James Dean and Frank Capra. The cover is a riff on Edward Hopper’s Nighthawks; find out more about Dina’s work here.

Projecting Marilyn is a course created by Mary Wild, to be held over three evenings in April at the Freud Museum in London. Marilyn was a great admirer of Freud, and to this day a portion of her estate still benefits the Anna Freud Children’s Centre, also in London. Looking at different stages of her career and with clips from her movies, Projecting Marilyn considers ‘the creation of Marilyn Monroe’s onscreen persona, and the psychological underpinnings that shaped not only how she projected herself, but also the ways in which film audiences continue to respond to her.’

Martin Turnbull is the author of the ‘Garden of Allah’ series of novels set during Hollywood’s golden age. Previous books have covered the making of such classic films as Gone With the Wind and Citizen Kane; historic events from World War II to the Red Scare; and threats to the movie capital from television and gossip rags. Now Marilyn’s conflict with Fox studio head Darryl F. Zanuck is featured in the just-published eighth instalment, City of Myths. Although his books are fictional, Turnbull has an encylopedic knowledge of Old Hollywood, and City of Myths begins, Marilyn is re-shooting scenes for River of No Return with Jean Negulesco (seen in the above photo), after clashing with director Otto Preminger. City of Myths is available in paperback or via Kindle – and it’s also on offer as part of an Amazon ebook bundle with Turnbull’s other novels.

“When you live in a city built on shifting sands of myth, it can be hard to know which way is up. Kathryn Massey spends her days spreading rumors and keeping secrets. Losing herself one headline at a time has left Kathryn’s personal identity scattered—and dumps her at the narrow end of the bargaining table with the man she trusts the least. Gwendolyn Brick has simpler aspirations. As a costume designer, her sights are set on glamour, not heights of fame. But her friendship with Marilyn Monroe puts her directly into the crosshairs of studio head, Darryl Zanuck—and he’s someone you don’t say no to. Marcus Adler is stuck in a much more precarious situation. Exiled in Rome but under the spell of an unexpected romance, he’ll have to learn to say goodbye to everything he’s accomplished in order to give love a chance. In City of Myths the road through Hollywood bears sharply to the right as those who dare to play its game can easily become lost in its intoxicating glow.”

The gulf between Marilyn’s private and public personae is explored in a new video essay created by Lara Mubayadeen and Luke Jamieson for Film School Rejects. The short film’s title, ‘Actress Must Have No Mouth’, is lifted from Marilyn’s private journals, collected in the 2010 book, Fragments.  Other quotes are superimposed onto archival footage of Marilyn talking to the press, but unfortunately, some of her actual responses to reporters’ questions – often intelligent and witty – have been cut out, giving the footage a retrospective note of tragedy. 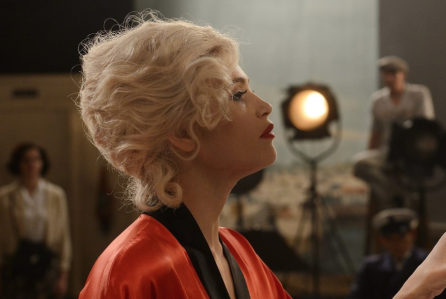 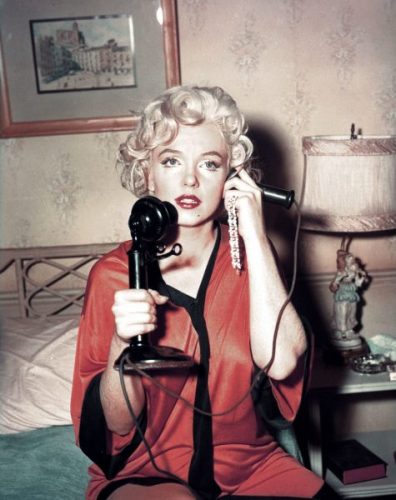