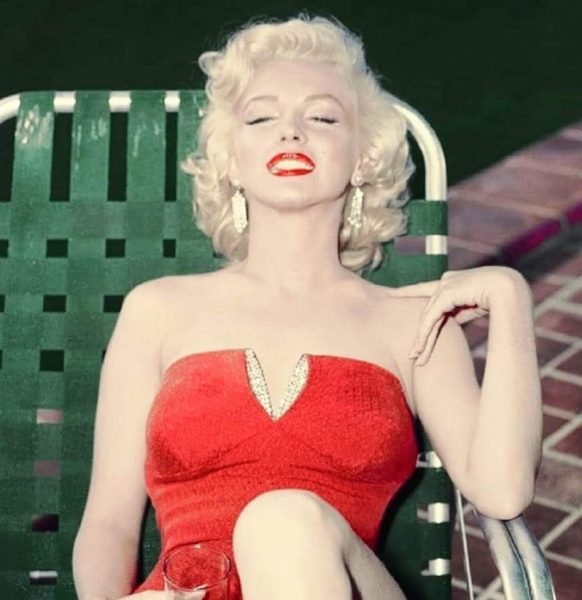 Marilyn’s 1953 poolside photo session at the home of Harold Lloyd – and the mysterious accompanying clip, where she whispers seductively, ‘I hate a careless man’  – has long been the subject of speculation. Some have linked it to Coca Cola, as Marilyn was sipping a bottle through a straw. However, she was actually filming a PSA for the US military. In ‘Atomic Blonde’, an in-depth article for Californian lifestyle magazine Alta Journal, film historian Cari Beauchamp reveals the whole story.

“Hollywood was a relatively small community in the early 1950s. Lloyd and Monroe had become friendly when he accompanied his friend, Philippe Halsman, to her apartment to photograph the actress for Life magazine. Lloyd invited Monroe to Greenacres for a visit that could include a photo shoot.

Gloria [Lloyd’s daughter] was still living at Greenacres in 1953, and she recalled some details of Marilyn Monroe’s visit as if it had occurred the week before.

‘When Marilyn arrived, I took her up to the pool house,’ she told me. ‘She was my age, or maybe a year or two younger, but we came from very different worlds. She sat down to put on her makeup, and we just started chatting about our lives. She insisted on seeing the baby and talked about how she dreamed of having a child of her own one day. That’s what I remember most. That, and when daddy and the other men were taking her picture, she kept saying, “I hate a careless man” over and over again.’ 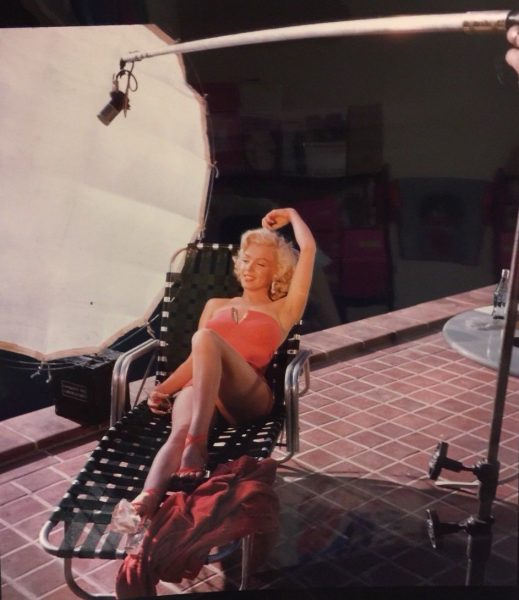 A closer examination of the photos, zooming in until the letters are blurry, reveals the words ‘Lookout Mt. Laboratory’ on an equipment box and on the front of the jeep that Monroe arrived in. Lookout Mountain, snuggled near the top of a hill in the Laurel Canyon residential neighborhood of Los Angeles, began humbly in 1947 as a radar station for Southern California, but became a government film studio a few years later.

Recently, authors Kevin Hamilton and Ned O’Gorman, while researching their book, Lookout America! The Secret Hollywood Studio at the Heart of the Cold War, came across a bit of film with Marilyn saying, ‘I hate a careless man.’ When I heard about that, the puzzle pieces began to fall into place.

Lookout Mountain became the home of the 1352nd Motion Picture Squadron, which churned out training and recruiting films as well as documenting atomic bomb testing in the Pacific and the deserts of Nevada and New Mexico. Initially, the plan was to release edited versions of the films for public awareness, but when the Atomic Energy Commission saw the footage of the explosion of the first hydrogen bomb in 1952, it decided it would petrify the general population. Everything was suddenly top secret, but word of the tests kept leaking out through letters home and conversations with family and friends. Too often, these ended up published in local papers. 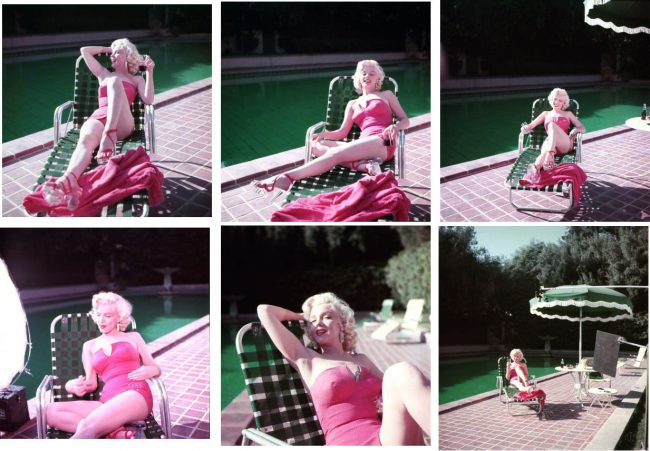 With a new series of tests, code named Operation Castle, scheduled to begin in early 1954 on Bikini Atoll in the Pacific, secrecy became paramount. As Hamilton and O’Gorman explain in their book, ‘posters saying “Loose lips sink ships” were no longer enough.’ Lookout Mountain’s commander, Lt. Colonel Gaylord, came up with the idea to make short films stressing the danger of leaking information to be used in orientation and as trailers shown during the servicemen’s regular movie nights. Gaylord believed it was important to get away from the ‘punishable by court martial’ attitude and make the trailers ‘friendly albeit flavorful.’

But what tied the military and Monroe to Greenacres and Harold Lloyd? The estate’s sheer size guaranteed isolation, and Lloyd could be trusted. As a good friend of Gov. Earl Warren and a delegate to the 1952 Republican Convention that nominated Eisenhower, Lloyd’s connections went way beyond Hollywood. His name was listed among the many in the visitor log at Lookout Mountain, as well as someone who helped with the unit’s work. But the person who may have suggested Harold’s participation was his son Dukie [Harold Lloyd Jr.], who was stationed at Lookout Mountain.

A total of 10 short films were made, each focusing on ways secrets could be leaked and the importance of confidentiality. (Apparently only one survives, available on YouTube.) In each film, Monroe was tacked on to the end, cooing ‘I hate a careless man.’ There she was, in all her glory, smiling broadly in her bathing suit and saying her line — and then she was gone. Jolting as it was, the message was clear: If you wanted a chance to sleep with Marilyn Monroe, you’d better keep your mouth shut. 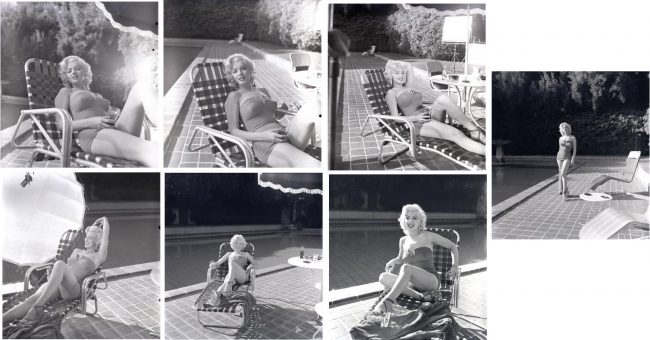 According to the official records of the 1352nd Motion Picture squadron, the films ‘appeared to have done the job intended.’ A report by Lookout Mountain in 1954 proudly stated that there were ‘no security breaks on the part of the Castle personnel.’

While it may remain a small slice of film history, we finally know that what looked like a routine photo shoot — involving a luminous actress and an accomplished actor/producer/ photographer — also played a key role in keeping the nation as ignorant as possible as thermonuclear bomb tests exploded in the South Pacific.” 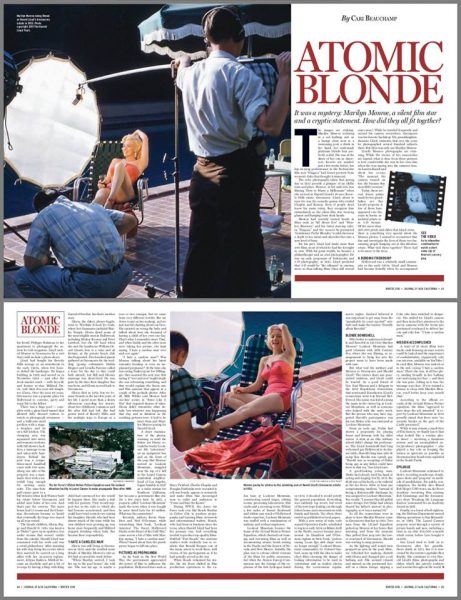