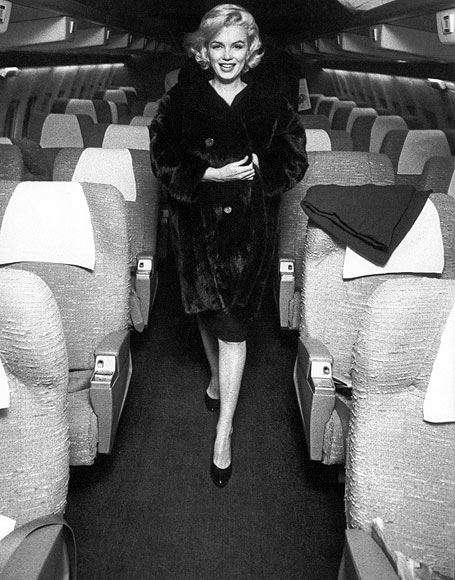 This wonderful photo of Marilyn, taken by Dennis Stock, on board a plane in 1959 – she was returning to New York after meeting the Soviet president, Nikita Krushchev, in LA – was published in The Sun yesterday. It comes from Magnum’s Paris vaults, which have just been re-opened. One reader comments that it ‘clearly looks like one of a series. She looks as if she’s about to reveal all.’ (While other shots were taken on and off the plane, MM kept her coat firmly buttoned!)

While this shot is not brand new to me, I was pleased to see a more unusual picture of Marilyn featured in a newspaper. After a quick search for ‘dennis stock marilyn monroe’ on the Magnum Photos website, I found some other interesting additions (though sadly watermarked.)

One Reply to “Dennis Stock Pics Added to Magnum Archive”