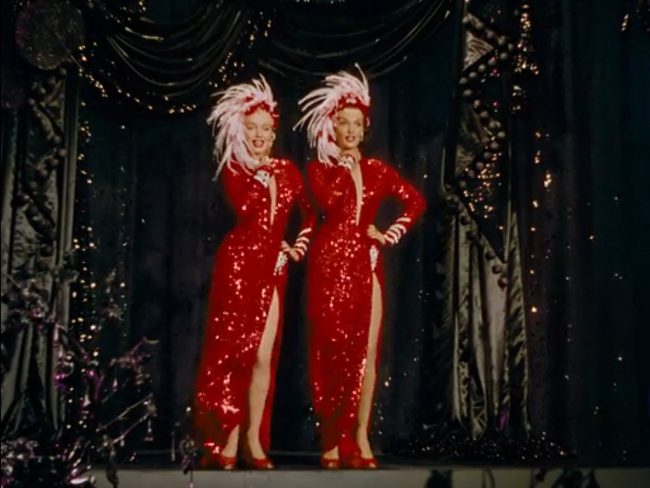 Although he wouldn’t gain his first screen credit until 1965, Earl R. Gilbert began his career at Twentieth Century Fox in the same year as Marilyn (and at the same age.) In an article for Variety, James C. Udel looks back at Gilbert’s long career.

“Back in the age of directors calling ‘Lights, camera, action!’ lighting was an unsung craft. One crew member who raised the bar, employing natural-looking illumination like an artist uses his brush, is gaffer Earl Gilbert.

Serving as a rigger on pictures Forever Amber and Gentlemen’s Agreement (both in 1947) and The Day the Earth Stood Still (1951), Gilbert first demonstrated a talent for lighting on Elia Kazan’s 1952 Viva Zapata!

Continuing with Fox into the 1950s, Gilbert helped light classics such as The Robe, two Marilyn Monroe starrers — Gentlemen Prefer Blondes and Bus Stop … On Blondes, he recalls Monroe being shy but Jane Russell being gregarious: Russell’s cry of ‘Howdy, Earl!’ each time she greeted him on set, he says, made him feel like a million bucks.

Now retired and interviewed by Variety in his comfortable home in Thousand Oaks, Calif., Gilbert reminisces … ‘I never used a light meter,’ he allows. ‘If it looks good, it is good, and if it’s not, fix it!'”