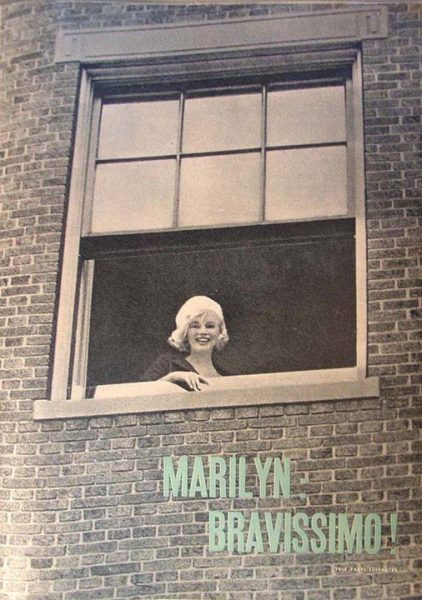 The French-born photographer, Henri Dauman, who photographed Marilyn at several public events from 1957-59, is the subject of a new retrospective at KP Projects (LaBrea Gallery) in Los Angeles from April 28-May 12, as Benjamin Svetkey writes in the Hollywood Reporter. Dauman also photographed Jacqueline Kennedy, Elvis Presley, Andy Warhol, Brigitte Bardot and many others. A documentary, Henri Dauman: Looking Up, is in the works, and you can see more of his Marilyn photos here.

“When I was a young child growing up in Paris [where he was orphaned at 13, after his parents were killed in the Holocaust], I saw all the film noir movies. And that’s what inspired my photography. Before working at LIFE, when I was 18 or 19, I sold a big layout on Marilyn Monroe in Paris. And then I shot Jane Fonda for an Italian magazine. I was beating out all these LIFE magazine photographers — LIFE would send three or four teams of photographers to Paris to try to get different thing and here I was, this little guy, getting all these pictures. So that’s how, in 1958, I got a call to do my first assignment for LIFE.”