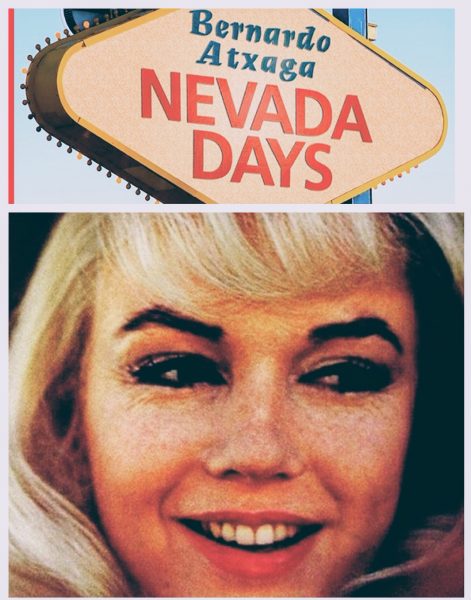 Bernardo Axtaga is a Spanish author whose 2014 novel, Nevada Days – a fictionalised account of his nine-month stay as writer-in-residence at the Centre for Basque Studies – is now available in English, and the early chapters include several references to Marilyn and The Misfits.

He later visits Pyramid Lake, and is surprised to find no postcards from The Misfits in the gift shop.”There was one, I seemed to remember, that would have been perfect: Marilyn Monroe and Clark Gable lying next to each other on the shores of Pyramid Lake. I asked the waitress, but she had never heard of the film. Nor was she interested in Marilyn Monroe.” 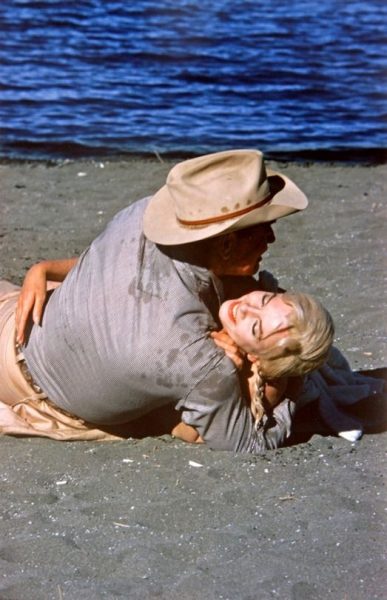 The final, extended passage about Marilyn occurs during a long drive, while Axtaga is talking to his wife Angela about Arthur Miller’s stay at Pyramid Lake in 1956, where he wrote the short story that would become The Misfits while waiting out his first divorce, and conducted a long-distance relationship with Marilyn, who was filming Bus Stop. Axtaga imagines Marilyn’s anguished telephone call to Miller from the set, as described in Miller’s autobiography, Timebends.

Axtaga then recalls the famous scene from The Seven Year Itch (1955), where Marilyn’s character, ‘The Girl’, sympathises with the monster in yet another movie, Creature From the Black Lagoon. (This was foreshadowed in an earlier episode, when Axtaga’s young daughter cries at the end of King Kong.)

As the author forms his own impressions of Nevada, Marilyn disappears from the novel. But her ghostly presence reflects how an outsider’s preconceptions about American life  can be shaped by literary and cinematic mythology.