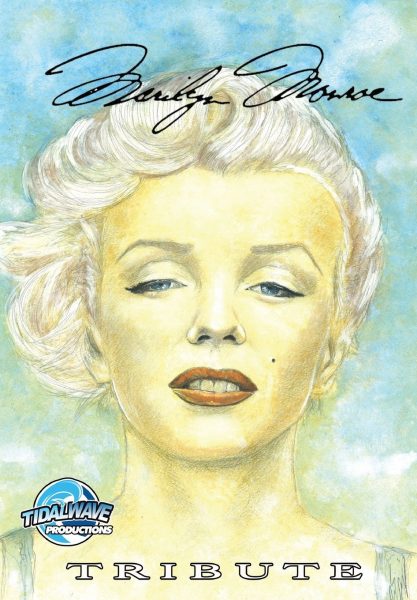 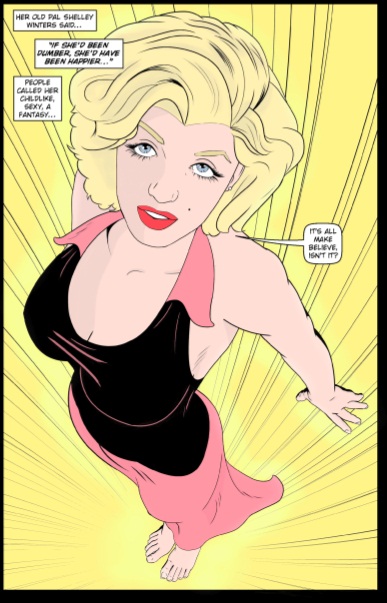 “Like a film, you’re telling the story visually in a comic book so first I would highlight any information that I thought was especially interesting and that we haven’t all heard a million times. I loved that she and Shelley Winters were roommates and that they got drunk with the poet Dylan Thomas one night, which ended with him crashing a car into Charlie Chaplin’s tennis court. To me that’s more fun and worthwhile than rehashing the conspiracy theories about her death or talking about her affair with JFK. You can’t fit it all in, so you set the tone, find out what really moves you about this person and their life, and hope other people agree. 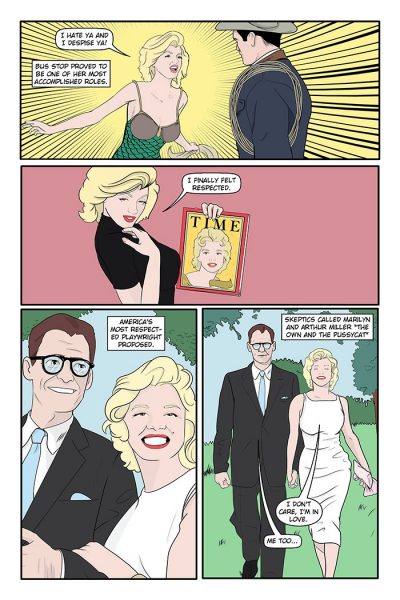 I think after My Week With Marilyn and all the new books about her, people understand that Marilyn Monroe wasn’t some vacant bombshell. She seemed incredibly smart, complicated, and passionate about acting and books and art in general. There’s no question she was vulnerable, but that doesn’t mean she was weak. She was also such a talented actress; her “wiggle” and her kind of air-headed persona were a creation. She didn’t just walk onto a set and act natural. In Gentlemen Prefer Blondes she’s as hilarious as Amy Poehler, Kristen Wiig, or Tina Fey are today. Her comedic timing was pretty impressive.”