Tiffany’s, Cartier, and Harry Winston are household names – but have you ever wondered about the other companies name-checked in ‘Diamonds Are a Girl’s Best Friend’? As Nandini D’Souza reveals in the Wall Street Journal, Black Starr & Frost has an impeccable pedigree – and the brand is due for a relaunch.

“ONLY VIA A BLACK velvet jewelry tray could Mary Todd Lincoln and Marilyn Monroe find a common thread. Mrs. Lincoln once racked up a $64,000 bill for jewels from American jeweler Black, Starr & Frost. Many decades later, the actress name-checked the same company while singing ‘Diamonds Are a Girl’s Best Friend’ in the 1953 film Gentlemen Prefer Blondes. Her character, Lorelei [in Anita Loos’ 1926 novel] was said to be inspired by one of the house’s clients, Ziegfeld Follies star Peggy Hopkins Joyce.

Though you may not recognize the name Black, Starr & Frost, the jeweler has an undeniably rich and colorful past. It’s one that the current owner and chairman Alfredo J. Molina, who bought the brand in 2006, wants to tap as he works toward his ambitious goal of restoring it to its glory days. ‘We’re America’s first jeweler,’ Mr. Molina said—and repeated during the course of an interview. Of possessing a Black, Starr & Frost gem, he added, ‘It’s owning a piece of history.’ 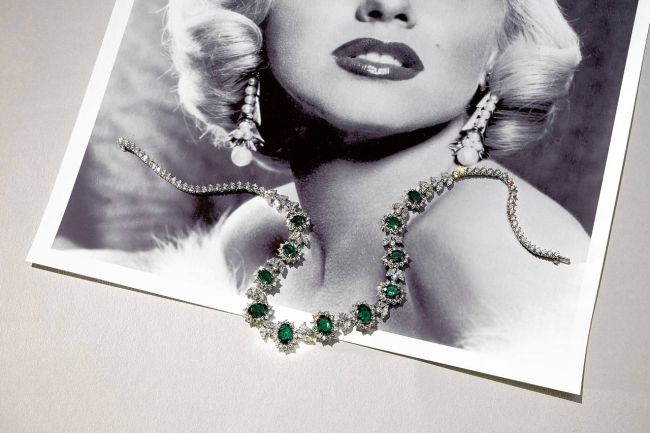 That’s not hyperbole. The company was founded in 1810 and has operated continuously since—albeit with several name changes along the way. Before the Great Depression, the Black, Starr & Frost store at the corner of Fifth Avenue and 48th Street in Manhattan was the place to buy jewelry, table clocks and even class rings.

That does raise the question of why Black, Starr & Frost isn’t an American household name in the vein of Tiffany & Co. Ms. Elkins theorized that the company fell a bit short by not driving innovation: ‘I wouldn’t say they were imitators, but they were doing things that were popular at the time.’

Whether Mr. Molina will fully restore the brand’s luster is yet to be seen. But jewelry brands, perhaps more so than fashion houses, have a solid track record of a second chance.”