The Hollywood Museum has resumed its annual tribute to Marilyn with a summer-long exhibition, ‘Marilyn Monroe: Missing Moments’, as Susan King reports in her Classic Hollywood column for the Los Angeles Times. 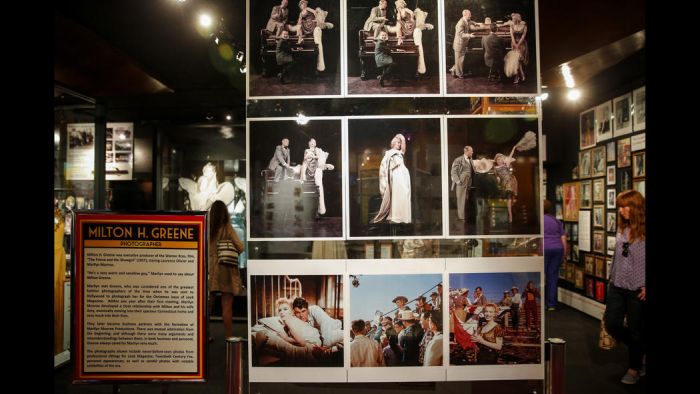 “The Hollywood Museum’s new ‘Marilyn Monroe: Missing Moments’ exhibition is nothing if not comprehensive.

One highlight of the exhibition, which continues through Sept. 6, are previously unpublished Monroe photos by Milton H. Greene, best known for his mesmerizing portraits of the sex symbol. The two met in 1953 when he shot the up-and-coming actress for Look magazine.

The photos include studio portraits and candids of her on the set of 1956’s Bus Stop and with such celebrities as Edward R. Murrow and Sammy Davis Jr.

[Donelle] Dadigan acquired some 1,000 never-before-published Greene images of Monroe a few years ago at auction.

‘We have the negatives, the transparencies and the copyrights,’ said Dadigan, who will be adding more Greene photos as well as Monroe photos shot by other photographers during the exhibition.

The museum, said Dadigan, has an international network of donors. ‘This time we have five different collections from all around the world.'” 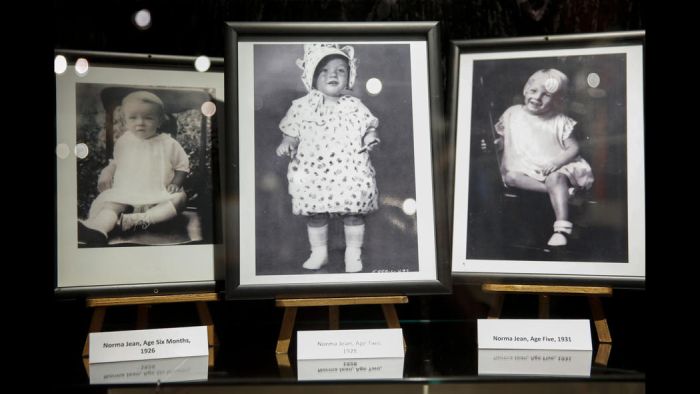 One Reply to “Marilyn’s ‘Missing Moments’ at the Hollywood Museum”