The Cal-Neva Lodge, the Lake Tahoe resort once owned by Frank Sinatra and visited by Marilyn and other stars, will reopen in 2015 after a two-year break, reports Tahoe Daily Tribune. 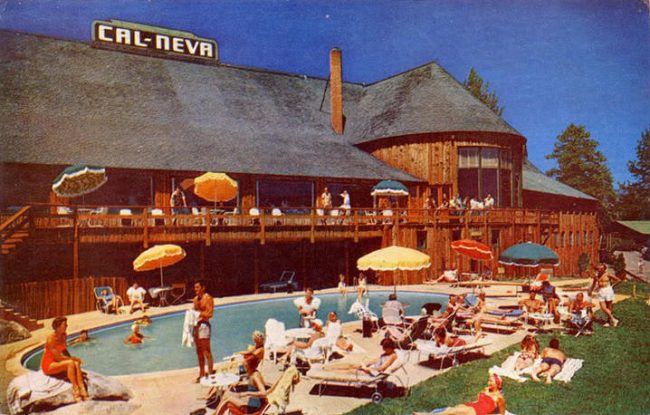 “Crews currently are renovating the 10-story, 191-key resort that straddles the California-Nevada state line, featuring a full interior and exterior property overhaul that will create a ‘modern and luxurious destination that will be unlike any other in the region,’ according to a Friday statement from resort controlling partner Criswell-Radovan.

The Cal Neva will offer a refurbished non-smoking casino with table games and slot machines. Further, the resort’s theater — The Showroom, originally imagined and built by Sinatra and known for years as the Frank Sinatra Ballroom — ‘will be carefully restored and upgraded to once again serve as Tahoe’s preeminent entertainment venue, which will also host local community events and recitals.’

Built in 1926, the Cal Neva Resort, Spa & Casino was owned by Sinatra from 1960-63, and frequented by the likes of the Rat Pack, Marilyn Monroe and members of the Kennedy family, among others.

Company co-owner Robert Radovan previously said a Dec. 12, 2014, reopening was originally eyed to coincide with what would have been Sinatra’s 99th birthday.

However, various financing and construction issues delayed the reopening.”