Southern California-based readers may be interested to know that one of the least-known, and most poignant Marilyn-related sites will be opened to the public on Saturday, April 26, at 10 am. Rockhaven Sanitarium in Glendale was in its time one of the region’s most progressive, humane clinics for women, and Marilyn’s mentally ill mother, Gladys, lived in its beautiful surroundings for fifteen years. 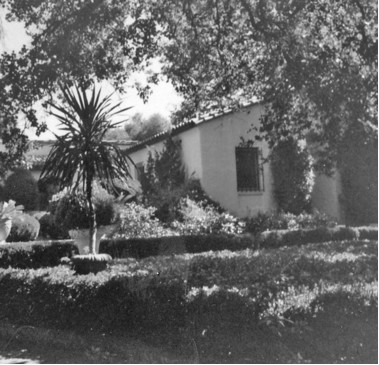 “Founded in 1923, Rockhaven was one of many sanitariums in the Crescenta Valley. What made this business unique was Agnes Richards’ approach to treatment of mental issues by giving the patients dignified individualized care in a home-like setting. It was also run by women for women for 78 years. It began with 6 women and as the numbers grew she bought neighboring homes. Soon she built new buildings.”

This free tour has been organised by the Crescenta Valley Historical Society. Writing for Crescenta Valley Weekly in 2012, Robin Goldsworthy traced the history of Rockhaven, which closed its doors in 2001. Some of the buildings have since been sold off, but local residents have formed Friends of Rockhaven in the hope that this former sanctuary will be restored as a library or community centre.

“By far the most famous Rockhaven resident was Marilyn Monroe’s mother Gladys Baker Eley. Gladys’ relationship with her daughter was tumultuous, and undoubtedly had much to do with the instability of Monroe’s troubled life. Most likely insane, Baker put Monroe in various foster care situations, while she herself went in and out of young Marilyn’s life, spending much of her time in state mental hospitals. When the actress achieved fame, she finally faced the confusing relationship she had with her mother, and in 1952 she had her transferred from the cold Norwalk State Hospital to the more personal care of Rockhaven. Monroe’s death in 1962 rendered her mother even more unstable and several suicide attempts took place, along with several very well publicized escapes.

Gladys was a tiny woman and once managed to squeeze out of an 18-inch closet window in her room, climb the fence, and walk 15 miles to a church in Shadow Hills. Her room and that tiny closet window are still there. Monroe’s estate after her death was entirely eaten up by unpaid taxes and creditors, leaving nothing for the care of Gladys Baker. Rockhaven, to its credit, kept Baker on gratis until 1967, when her other daughter took her in.” 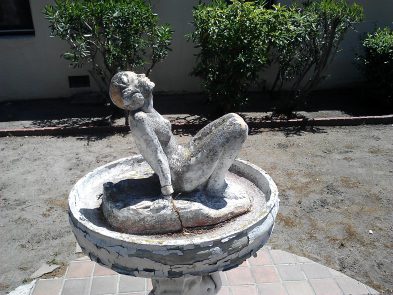 If you would like to participate, please email in advance: friendsofrockhaven@gmail.com