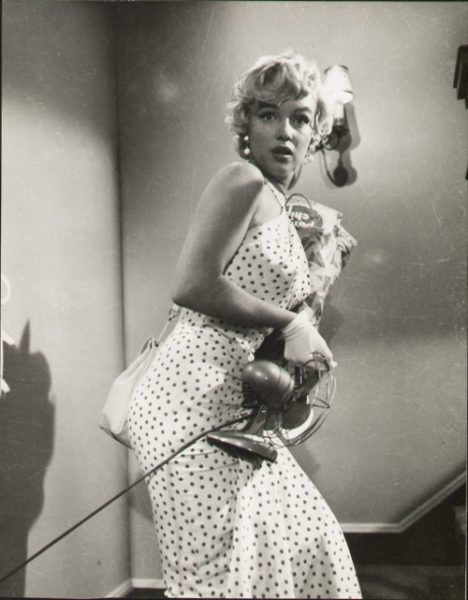 This New York author’s infatuation with Marilyn is the stuff of legend, but according to a new documentary, Norman Mailer: The American, the feeling wasn’t mutual:

“Mailer tells a revealing story about how he almost met Marilyn Monroe, the subject of his fawning, conspiracy-mongering 1973 book, ‘Marilyn.’ In that coffee-table tome, Mailer takes some nasty swipes at fellow Brooklyn-Jewish boy Arthur Miller (who wrote ‘Death of a Salesman’ in the same apartment building where Mailer, in the upper floors, was writing ‘The Naked and the Dead.’)

Miller invited Mailer and Adele (Morales, his then-wife) to his Connecticut home at a time when the playwright and the movie star were married. Mailer showed up with every intention of stealing Monroe away, only to be told that she was out of town. Dirty trick.

Mailer found out later that Monroe, afraid of meeting him, had been hiding upstairs the whole time. At least that’s his version. Sounds like everybody involved dodged a bullet.” – Bloomberg