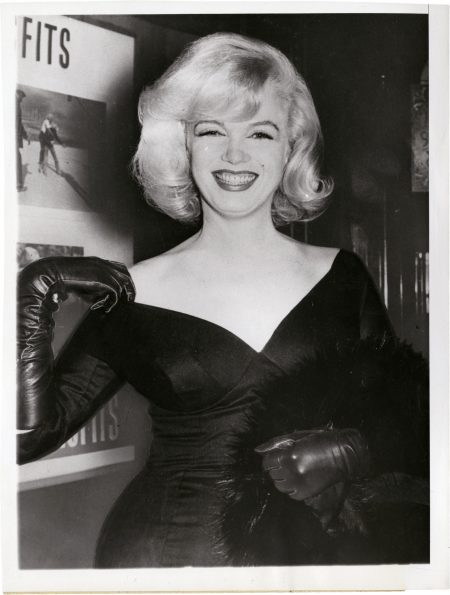 The Misfits, Marilyn’s last completed movie, was released fifty years ago today. At the time of its release, The Misfits was overshadowed by the death of its star, Clark Gable, and Marilyn’s divorce from Arthur Miller, who had written the part of Roslyn for her. Critical reception was mixed, though The Misfits, an elegaic western, is now considered to be something of a flawed masterpiece. Marilyn herself was deeply disappointed by it, though most agree that ‘Roslyn Tabor’ was one of her finest dramatic performances:

“Marilyn Monroe, the Saint of the Nevada desert. . . She haunts you, you’ll not forget her . . . It is MM that tells the truth in the movie, who accuses, judges, reveals. And it is MM who runs into the middle of the desert and in her helplessness shouts: “You are all dead, you are all dead!”—in the most powerful image of the film—and one doesn’t know if she is saying those words to Gable and [Eli] Wallach or to the whole loveless world. . . There is so much truth in her little details, in her reactions to cruelty, to false manliness, nature, life, death, that she is overpowering, one of the most tragic and contemporary characters of modern cinema.”

A tribute to The Misfits, from the Library of America, is posted today at the Reader’s Almanac blog