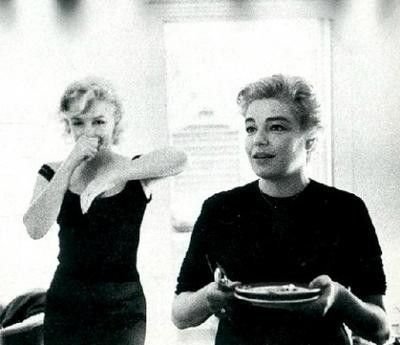 Dramatist Sue Glover talks to The List about her new play, Marilyn. Exploring the unusual friendship between Monroe and Simone Signoret (and the love affair that tore them apart), Marilyn opens at the Citizens Theatre, Glasgow, on February 17.

“They are as different as they are similar. I think Marilyn certainly envied a lot about Simone; how cultured she was, her vast circle of friends, her self-assurance and the fact she was a mother. She would have wanted all of that. Simone may also have been envious of Marilyn. Simone was only five years older than Marilyn but she was approaching middle-age and may have felt insecure and jealous of a younger woman. Interestingly they were both very independent but also both enthralled by their men. They both needed to be married and both of them endured a lot because of that.”

“Marilyn had lost a child during the filming of ‘Some Like It Hot’ the previous year. The marriage to Arthur Miller was ending and her unreliability at the time was notorious. I think this was the beginning of her losing it in all senses of the phrase. I also think in a way Signoret never recovered from what happened that summer. It was a huge moment in their lives.”