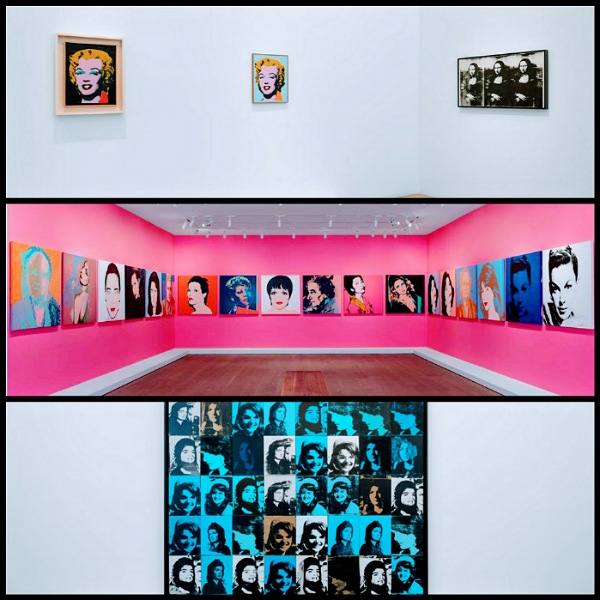 Warhol Women, a new exhibition showcasing 42 portraits of Andy Warhol’s female subjects, is on display at the Lévy Gorvy Gallery on New York’s Upper East Side, through to June 15, as Lane Florsheim reports for the Wall Street Journal. (Marilyn is featured next to Warhol’s take on the Mona Lisa, and opposite Jackie Kennedy.)

“Gorvy and Lévy have arranged the show so that the first works viewers see are portraits of Jackie Onassis and Marilyn Monroe, facing one another. [Dominique] Lévy, who came up with the show’s concept, says that no other man has been able to look at women the way Warhol did. ‘Without sexualizing the subject, he was able to do these portraits where the woman is allowed to be who she is,’ she says. ‘He captures the openness, the self-consciousness, the self-assurance, the insecurity. Aren’t we all self-conscious? I think nobody [else] does that, and that’s where he becomes conceptual.’ In Warhol’s depiction of Monroe, Lévy says, he ‘sees the enormous sadness’ that she felt.”