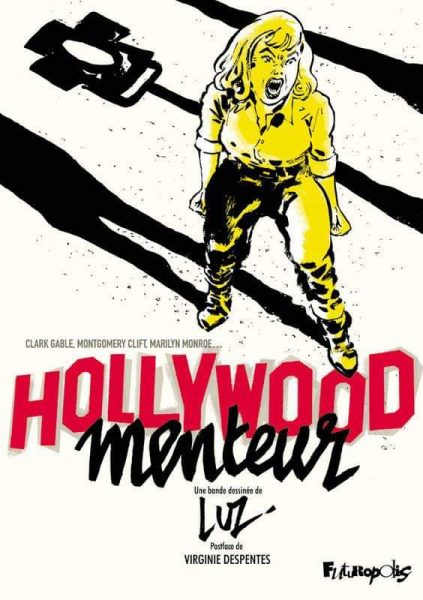 Hollywood Menteur (or Hollywood Liar) is a new comic book inspired by The Misfits, from the French cartoonist Luz. As you may recall, a despairing Marilyn calls her cowboy friends ‘liars’ during her furious speech in the desert. It’s also the subject of an exhibition in Paris, as Jacques LeRoux tells Marilyn Remembered. 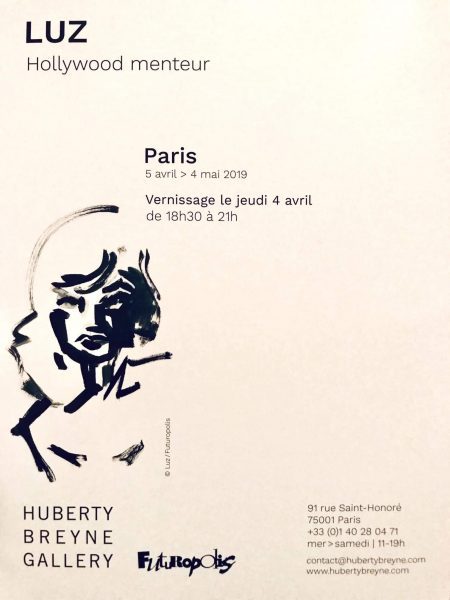 “Today in Paris, I stumbled by accident on the new show at Huberty Breyne Gallery (specialist in Comics Art). It’s the first show ever of caricaturist Luz, who just released his latest comic book … The exhibition presents the original comic strips for show and sale.

You might not have heard about Luz but here in France he is very well know because of his provocative Charlie Hebdo covers and because he is one of the few survivors of the January 7, 2015 terrorist attack and killings at Charlie Hebdo. Shortly after the attack, he decided to quit his work as a newspaper caricaturist and receded into anonymity, guarded 24/7 by government security agents. 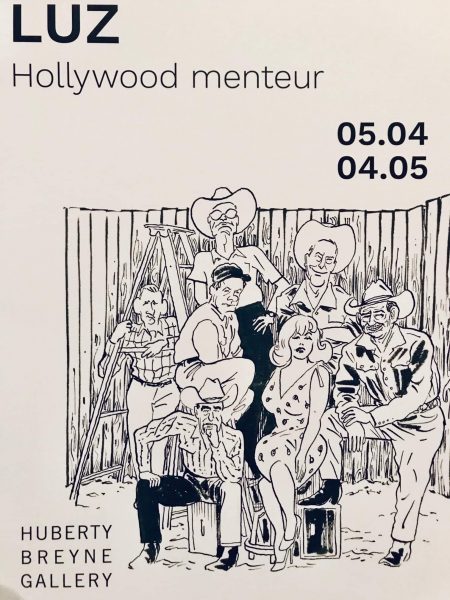 Today, I started chatting with the gallery’s owner who told me Luz was at the opening of the show last Thursday (he came heavily guarded, what a life…) and when asked : ‘Why Marilyn?’, he said he became obsessed by Marilyn and The Misfits shortly after the Charlie Hebdo attacks. Watching the movie again and later reading all he could about its stars and the filming, he felt he could relate to the anguish and pain Marilyn was going through at the time (and that himself still goes through, for a whole different reason). And that he felt in love with her all over again. 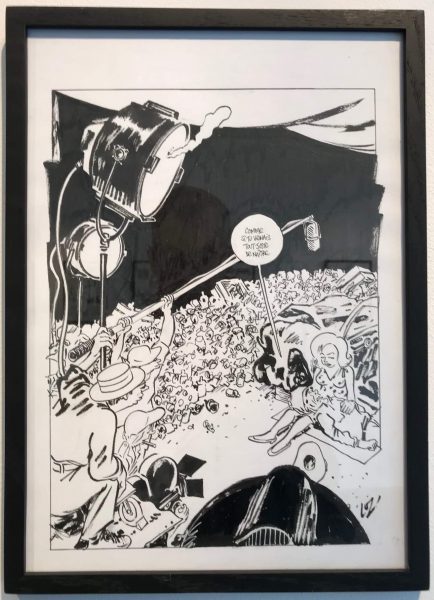 Hollywood Menteur shows a very violent and disturbing image of Marilyn (and Monty, and Clark, and John…). Marilyn is a woman fighting for her own survival among a team of colleagues, some of them also on their way to extinction. Luz did not want to draw Marilyn in a realistic way but as a metaphor for fright and anger. Just what Luz still feels, 4 years after the Charlie Hebdo attack.

Isn’t it intriguing and moving that Luz found in a screaming Marilyn Monroe his own way of expressing his frustration over the ordeal he went through on that dreadful day at Charlie Hebdo?

One room in the show is all devoted to 8 expressionist portraits of Marilyn. Blood red. 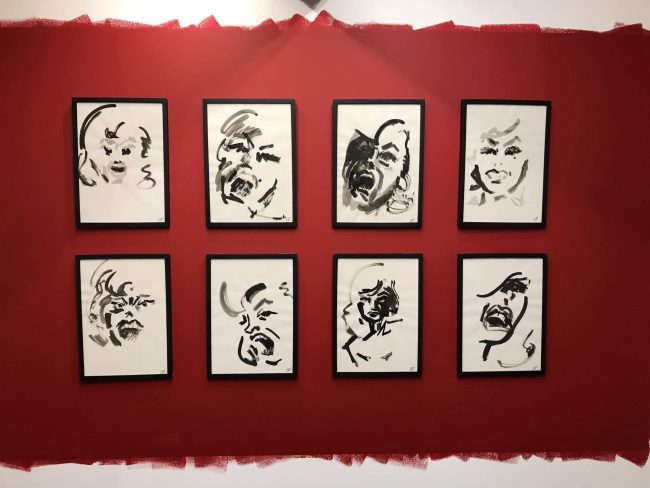