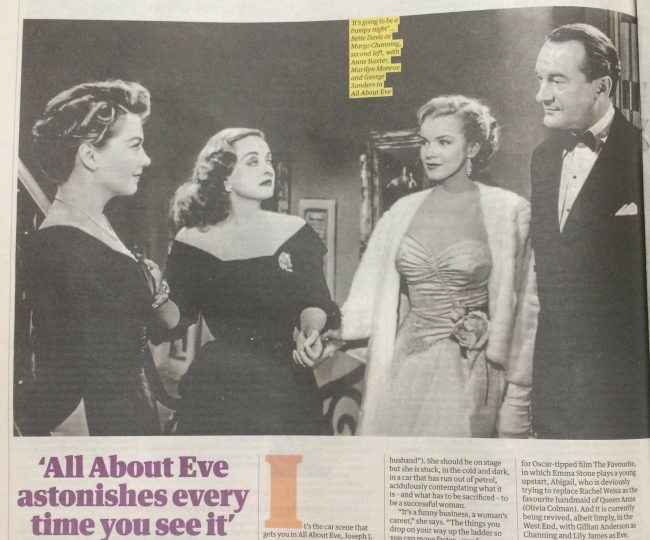 The new stage adaptation of All About Eve, starring Gillian Anderson and Lily James, has now opened at London’s Noel Coward Theatre, to mixed reviews. In today’s Guardian, Jenny Stevens goes back to the source, describing Joseph L. Mankiewicz’s 1950 classic  as “a perfect feminist film.”

“‘All the wittiest lines in the film belong to the women,’ says film critic Molly Haskell. ‘These women are never just pathetic. Mankiewicz is so fascinated by women and sympathetic towards them: he gives them importance, he gives them idiosyncrasy, he gives them their personalities.’

So many films from that era don’t hold up, but All About Eve still feels radical. It takes the theme of women being silenced, forced to listen to men and learn from them regardless of their own talents, and turns men into the butt of the joke. When Margo throws a birthday party for her partner, the director Bill Sampson, the poison-penned theatre critic Addison DeWitt turns up with a young blonde on his arm, a Miss Caswell (played by the then little-known Marilyn Monroe). Channing suggests Eve and DeWitt should talk about their shared love of the theatre. ‘I’m afraid Mr DeWitt might find me boring after too long,’ says Eve, saccharinely coy. ‘Oh you won’t bore him, honey,’ says Miss Caswell. ‘You won’t even get the chance to talk.’

It is an extraordinary scene, says Haskell, ‘especially when you consider that Monroe’s character is not meant to have lines. She’s meant to be just a bimbo. Yet out of this bimbo come these words of wisdom. Everyone has dignity and authority in their own way in the movie.'”

In the new play, Miss Caswell is played by Jessie Mei Li. As you can see below, she looks lovely in the role, but wisely avoids doing a Monroe impersonation. Tickets are selling out fast, but in association with the National Theatre and Fox Stage Productions, a live performance will be broadcast at selected cinemas across the UK and USA from April 11 onwards – pick your nearest venue here. 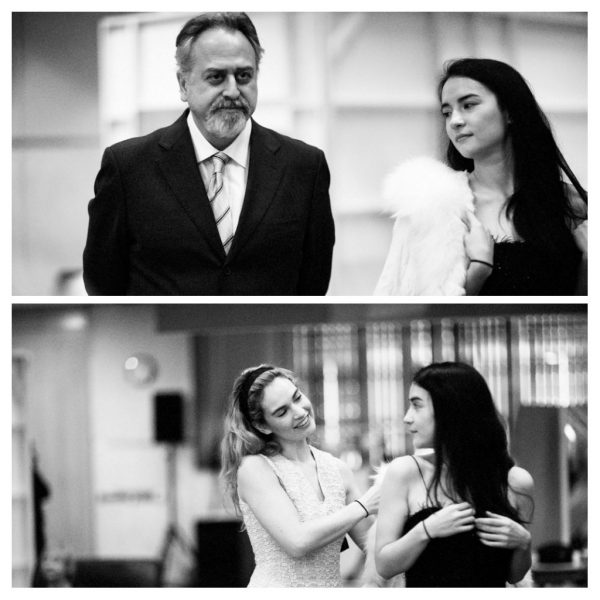