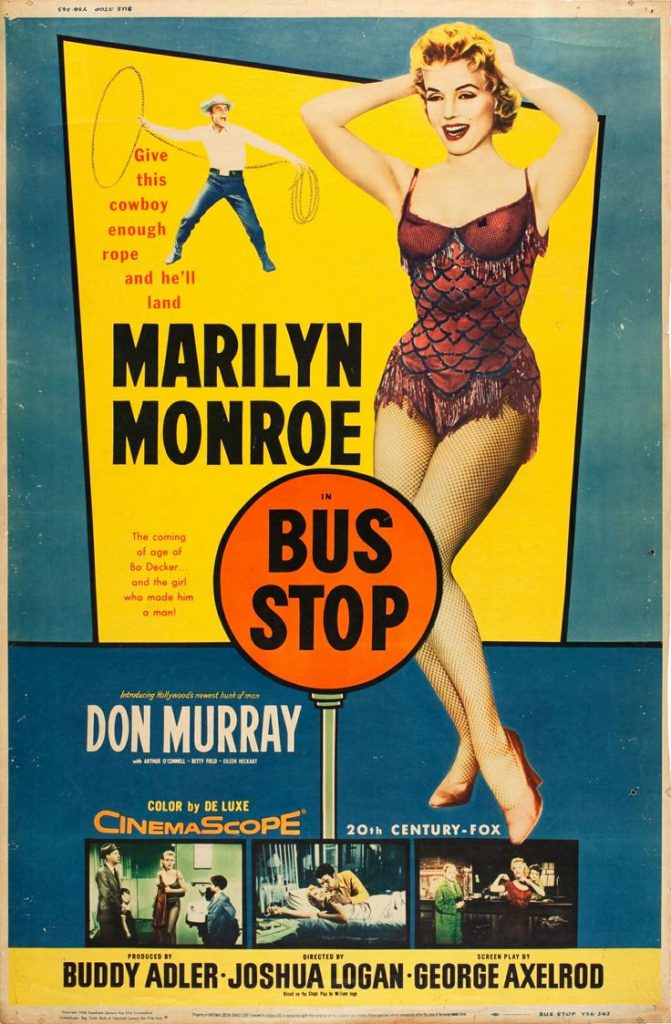 Bus Stop will be screened at the Waupaca Area Public Library in Wisconsin on February 2 at 1:30 pm, kicking off a month-long film series on the theme of ‘Going Places’, reports the Waupaca County News. Dr Jack Rhodes, who will provide an introduction, chose the 1956 movie, filmed partly on location in Arizona and Idaho, because of Marilyn’s ‘breakthrough performance as an actress, William Inge’s creation of several memorable characters, and the appropriateness of this romantic film for the approach of Valentine’s Day.’