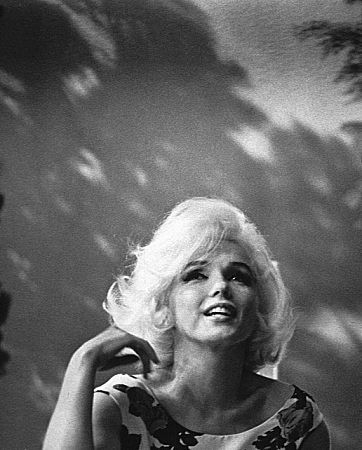 Liz Smith has recommended the first volume of Gary Vitacco-Robles’ two-part biography, Icon: The Life, Times and Films of Marilyn Monroe, in her column for New York Social Diary.

And as Gary revealed on his Facebook page today, the photo above – taken by Glenn Embree during filming of the unfinished Something’s Got to Give – will grace the cover of Volume II, coming this summer.

“No great secrets are unearthed — at this point are there any? — but using most of the reputable material out there, the author presents Monroe’s life in a refreshingly straight-forward manner. This work reminds me of 1968’s sensible, sensitive Norma Jean by Fred Lawrence Guiles (Don’t blame Fred for misspelling her name — blame Elton John.)

Not a lot of over-analysis in Icon but Vitacco-Robles’ points about Marilyn’s bleak childhood and how she could not escape it, are valuable in connecting the dots of her adult actions. She went through life as an open wound, and analysis never helped her.

The author also takes the time to unravel some of the more absurd tales about MM — she was a call girl, she had 12 abortions, she gave up a baby for adoption, etc. Although, 51 years after her death, many of those tales fuel the legend — for better or worse.

This book concludes at the pinnacle of Monroe’s life and career, in the wake of Bus Stop, The Prince and The Showgirl — the latter produced by her own company — and the early months of her marriage to Arthur Miller. It was the point at which it seemed she could indeed have it all. She could not. So it will be interesting to peruse the second volume, especially as it relates to Monroe’s final years.”

One Reply to “Liz Smith on ‘Icon: Volume I’”