A rare photo of Marilyn – with Siamese pal – has been published by King Rose Archives. It was taken by Robert Vose in Marilyn’s dressing room, during filming of Let’s Make Love in 1960. She is wearing the dress from the restaurant scene with Yves Montand.

Another shot, taken on the set while Marilyn sang ‘My Heart Belongs to Daddy’, has also emerged. A photo of Marilyn with Arthur Miller is also credited to Vose (although I’ve previously seen it attributed to John Bryson.)

The photos are part of the Look collection in the US Library of Congress. 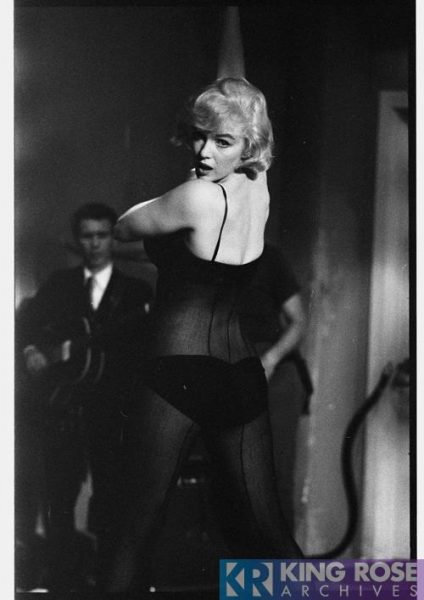 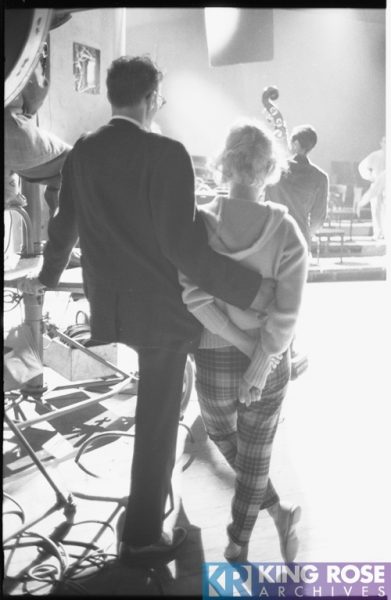