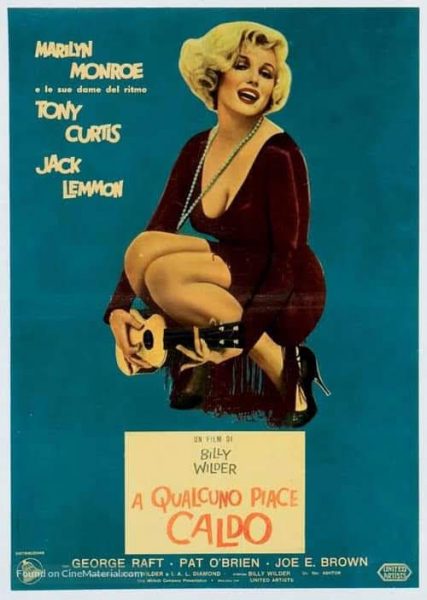 On its 60th anniversary, Todd Gilchrist looks back at Some Like It Hot for the Birth Movies Death website.

“I don’t want to sell short what Monroe brings to the movie, but even a casual investigation into the making of the film reveals the numerous issues that the actress was dealing with at the time, as well as the tremendous effort that Wilder and her co-stars made to draw out of her the great performance that she ends up giving. Struggling with addiction to pills, Monroe had trouble focusing to the tune of almost half a million dollars in cost overruns during the production just trying to get her to deliver her lines correctly. All was later forgiven when the film came together, but in spite of the obstacles, Monroe manages to sort of perfectly inhabit what the role needs, which is a flightiness and yet a solid core of goodness, wrapped in a bombshell’s body. It’s no wonder that Joe falls head over heels for Sugar, whose true sweetness far transcends her physical attributes.”