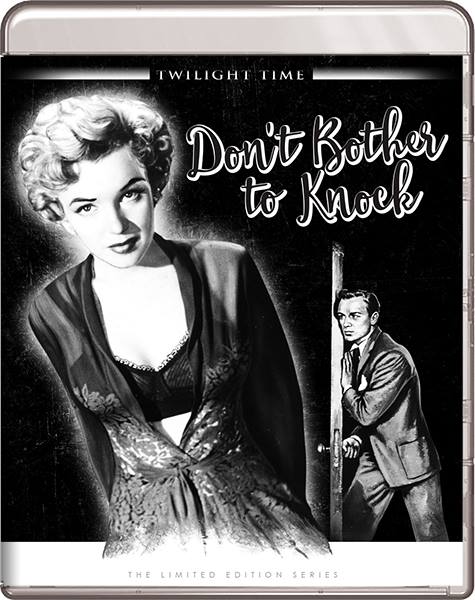 One of my favourite Monroe movies, Don’t Bother to Knock will be released on Blu-Ray by Twilight Time Video on March 20. It’s a limited release with a high-def transfer, and it’s Region 0 so should be compatible with most Blu-Ray players. Special features include the excellent documentary, Marilyn Monroe: The Mortal Goddess. 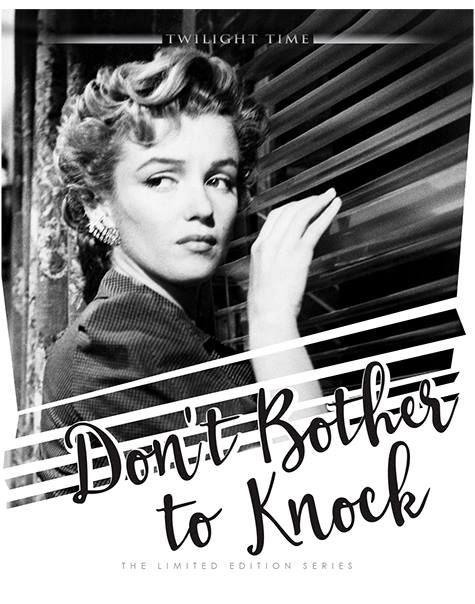 “Made early in her blazing movie career before the full range of her comedic and dramatic gifts were fully explored, it’s intriguing to note that many later reappraisals of the Marilyn Monroe thriller Don’t Bother to Knock (1952) cite the storyline of a mentally fragile woman whose personal insecurities and sad delusions trigger dangerous behavior seem to prefigure her later-in-life struggles. It does endure as a neatly executed noir exercise with a richer than usual bench of character portrayals from Monroe’s colleagues Richard Widmark, young Donna Corcoran, Jeanne Cagney, Lurene Tuttle, Elisha Cook Jr., Jim Backus and Verna Felton, and in that company, Monroe impressively delivers the goods … Monroe reportedly struggled with the role and caused some consternation with her director and castmates, but 66 years later, that very process of struggle seems to vindicate the promise of her undeniable talent on screen, while subsequent assessments of Don’t Bother to Knock, which got no critical love in its time but now seems all the more “on the cusp” of greater things henceforth, not only for Monroe (who would show further evidence of her dramatic chops as a scheming wife contemplating spousal murder in the following year’s Niagara), but for Baker and Bancroft too.” 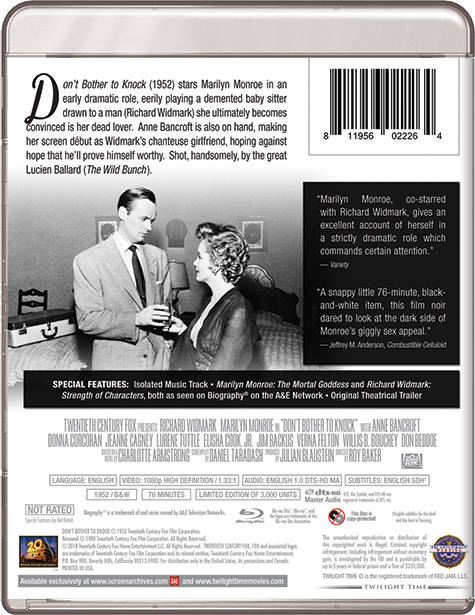