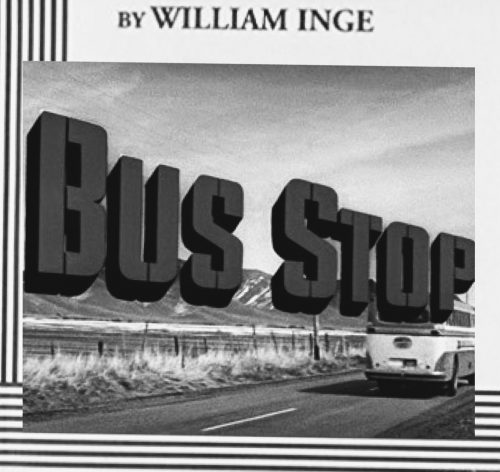 Another stage revival of William Inge’s Bus Stop has just opened at the Acadia Repertory Theatre in Somesville, Maine. Director Andrew Mayer outlined the differences between the play and Marilyn’s 1956 movie to readers of the Mount Desert Islander.

“‘This play is as good an American play as has ever been written. It depicts characters one doesn’t often see on the theater stage: cowboys, a nightclub singer, waitresses and a bus driver, Kansans, Missourians, Montanans. It shows them in their own world, with all the dignity, flaws and humanity of each on full display. And while the play has the (highly unconventional!) love story between Bo the cowboy and Cherie the nightclub ‘chanteuse’ at its heart, it gives plenty of stage time to the rest of the characters as well. Inge’s genius is in making these characters compelling and recognizable to everyone, while keeping the play deeply rooted in its Midwestern milieu. It’s not just a masterpiece, but a distinctively American masterpiece!'”