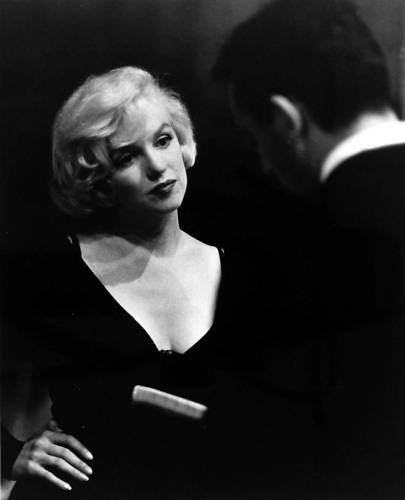 Some Like it Hot was voted ‘funniest film of all time’ by the AFI. Its popularity is so ubiquitous that few stop to consider what made it so special. Over at Film.com, Eric D. Snider asks, ‘What’s the big deal?’

“Some Like It Hot was also one of the nails in the coffin of the Production Code. This was the Motion Picture Association of America’s method of self-censorship, instituted in the 1930s to keep the government from getting involved. By the 1950s, Hollywood was growing restless with the Code, and even after updates were made to reflect the changing times (you were allowed to depict interracial romances now!), there were still a lot of restrictions.

So filmmakers started pushing back. Adhering to the Code was voluntary, technically, but it had long been the accepted wisdom that a movie released without the MPAA’s seal of approval would be a flop, either because theaters wouldn’t play it, or audiences wouldn’t watch it, or both. But the studios gradually began to suspect that this was no longer the case. Otto Preminger’s The Man with the Golden Arm (1955), with its graphic depiction of drug use, couldn’t get MPAA certification — so United Artists released it without one. The film was a commercial and critical success and the recipient of three Oscar nominations. Skipping the MPAA approval process didn’t necessarily spell doom after all.

The MPAA rejected Some Like It Hot because of its double entendre, cross-dressing, vague allusions to homosexuality, and general naughtiness. The studio (United Artists again) released it anyway, and it was, as previously noted, a smash hit. More and more people in Hollywood started saying, “Wait, tell me again why we even have a Production Code…?” After more and more films pushed the limits in the 1960s, the Code was finally abandoned and replaced with the rating system familiar to us now.”