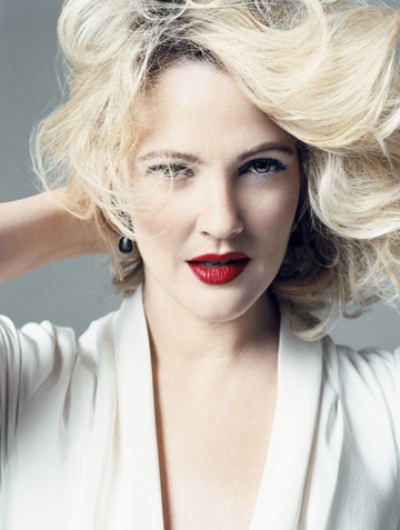 “If you could invite any five people, dead or alive, to a dinner party, who would you choose?
My grandfather (legendary actor John Barrymore), Blake Edwards (film director), Marilyn Monroe, Rachel Maddow (US radio presenter), and Jeff Spicoli (the character played by Sean Penn in ‘Fast Times at Ridgemont High’).”

I think nearly everyone who answers that question puts Marilyn on their list!

“In honour of Bill Clinton turning 50 in September 1996, John Kennedy Jr. had Drew pose as Marilyn Monroe on the cover of his magazine, George, with the heading, ‘Happy Birthday, Mr. President’, which Marilyn Monroe sang to his father at the now-infamous 19 May 1962 Birthday Salute to President John F. Kennedy.” 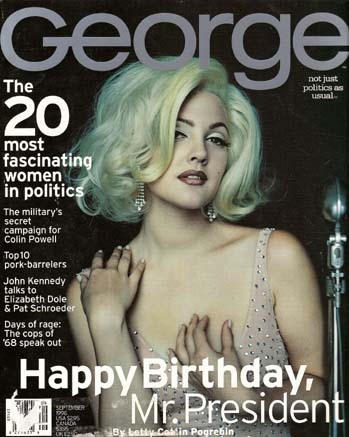