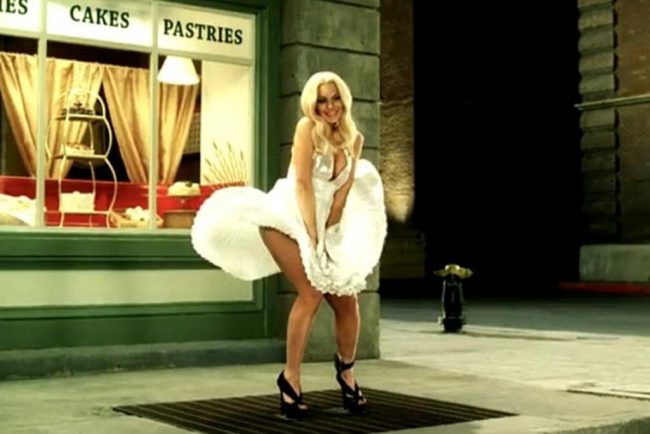 In this summer release, written and directed by Offer ‘Vince’ Shlomi (better known to US readers as ‘the ShamWow guy’), Lindsay Lohan recreates the famous ‘subway scene’ from The Seven Year Itch, as a skit, but with a difference – this time, ‘The Girl’ pulls a gun on the paparazzi. 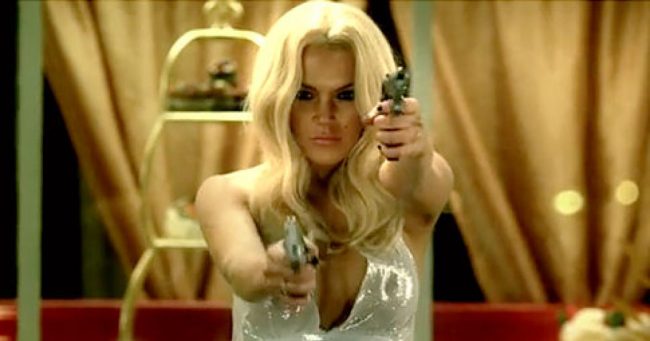 In the sketch, one of the characters tells Lohan, “You look like Marilyn Monroe,” to which she replies, “Marilyn never had to wear a SCRAM bracelet!” (This is a reference to Lindsay’s recent jail stint.)

I think this ‘revenge fantasy’ is most likely a spoof on the paparazzi, not Marilyn herself – but please be warned – as the trailer indicates, Underground Comedy Movie 2010 is peppered with violence, sexual innuendo, and profanity.