“Supermodels and Playboy: The Evolution of Sex Symbols, which opened yesterday at the Museum of Style Icons at Newbridge Silverware, Co Kildare, features some of the most famous women of the second half of the 20th century — clothed and unclothed.

The exhibition is a collection of items in the museum’s archive, placed together to take the visitor on a journey from Monroe, the ‘original pin-up girl’, to catwalk supermodels of the 1990s, including Christy Turlington, Heidi Klum and Cindy Crawford.

The showcase begins with the camera used by Andre de Dienes, a Hungarian photographer, to capture Monroe on a Long Island beach in 1949. Images displayed next to the camera show the actress in a bathing suit and posing with a red polka dot umbrella. The umbrella has been on permanent display at the museum.

De Dienes’s camera was discovered in storage by Simone Hassett, the museum’s curator. She said finding it was the genesis for the exhibition.

‘Occasionally while we are rummaging around in the archive room we unearth some gems,’ she said. ‘We came across the camera belonging to Andre de Dienes which photographed one of Marilyn’s most famous risqué shoots in 1949 and this started the ball rolling.’

Aileen O’Brien, publicist for the exhibition, said that the idea was to showcase how being provocative had changed. She said the images of Monroe contrasted against the more blatantly sexy 1980s and 1990s models.

‘Despite appearing innocent and almost childlike at times, Marilyn’s confidence in the photographs was striking and she commanded the viewer to look,’ she said. ‘Her bathing suit appears quite demure but it was would have been very risqué at the time.'” 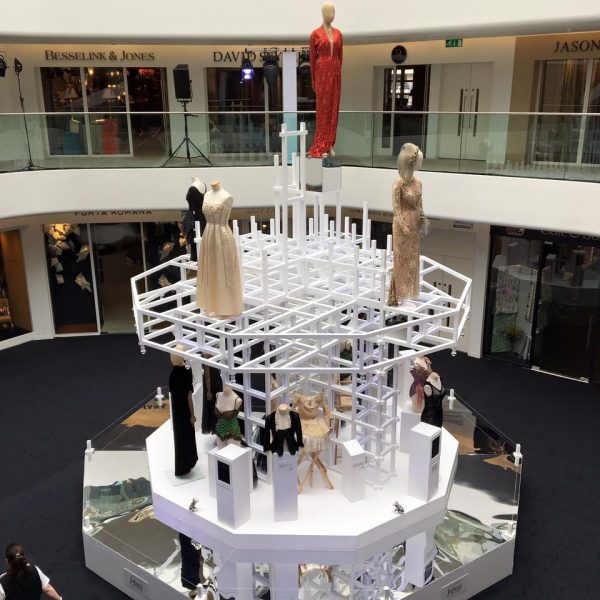 In an article for the Telegraph, Bethan Holt discussed the ‘lipstick, diamonds and cigarettes’ among Marilyn’s personal effects, while Ben Miller looks at the ‘vulnerability and humanity’ revealed by her drawings and notes in his review for Culture24. 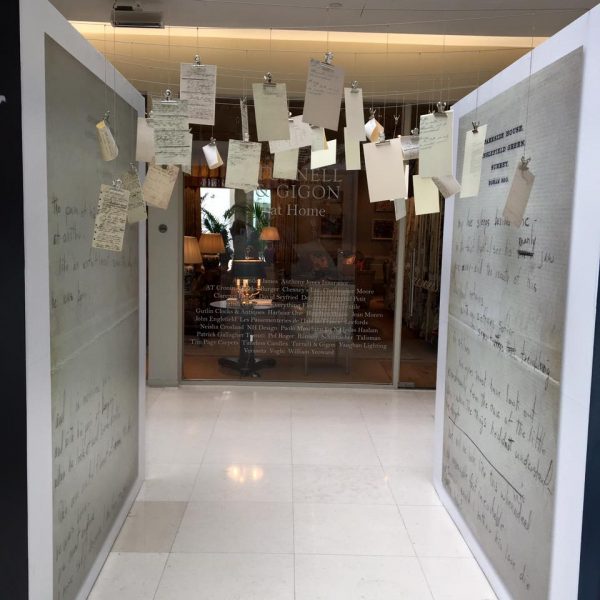 After closing on June 20, the collection will move to the Museum of Style Icons at Newbridge in County Kildare, Ireland, where it will be on display from June 25-July 25.

All photos by Scott Fortner @MarilynMonroeCollection

The collection of David Gainsborough Roberts – one of the world’s largest Marilyn archives, including many of her iconic movie costumes – will be sold in November, Julien’s Auctions has announced.

Although the live auction will be held in Los Angeles, UK fans will be able to see Roberts’ full collection at London’s Design Centre from May 25- June 20. It will then visit the Newbridge Museum of Style Icons in Ireland from June 25-July 25, before crossing the Atlantic on Cunard’s Queen Mary 2 in August, with more US exhibition dates to be confirmed.

Fellow collector Scott Fortner has been helping to catalogue the items, and is reporting his findings on the MM Collection blog. And finally, here’s an excerpt from the Julien’s press release.

“Highlights from this historic sale include a sheer black beaded and sequined dress worn by Monroe in her Golden Globe winning role Sugar Kane as she crooned ‘I’m Through With Love’ in the award winning 1959 film Some Like it Hot; an elaborate embellished stage gown worn by Monroe as she sang ‘After You Get What You Want You Don’t Want It’ in the 1954 comedy There’s No Business Like Show Business which was designed by one of Marilyn’s all-time favorite designers, William Travilla; a pink linen halter wiggle dress designed for Monroe by Dorothy Jeakins for the 1953 thriller Niagara; a green satin one-piece with black sequins and gold fringe worn by Monroe as she sang ‘That Old Black Magic’ in the 1956 film Bus Stop; a lilac satin leotard worn by Monroe as Lillian Russell in the 1958 photo series by Richard Avedon and featured in Life magazine in 1958. Additional film pieces offered include costumes from Gentlemen Prefer Blondes and Let’s Make Love, along with a pair of rhinestone earrings worn by Monroe in How To Marry A Millionaire and a pair of sequin embellished opera gloves from the Rachmaninoff scene of The Seven Year Itch.

Monroe’s personal style is represented by a figure hugging black cocktail dress by Ceil Chapman, a favorite of Monroe; a slender fitting bias cut crepe evening gown worn by Monroe to the 1955 premiere of The Rose Tattoo; an embellished slubbed silk Lanvin gown; and rhinestone jewelry. Personal items include prescription pill bottles, Victoria and Albert museum exhibited high heels, a plastic doll in the likeness of Monroe given as a souvenir at her 34th birthday party; documents and correspondences; household items; and Monroe’s Detroit Free Press New Faces Award from 1952.”

The rhinestone earrings worn by Marilyn at the Rose Tattoo premiere in 1955 – recently sold at Julien’s Auctions for $185,000 – will be displayed at the Newbridge Museum of Style Icons in County Kildare, Ireland, for a limited period this summer, reports the Irish Independent. (The museum also boasts a permanent collection of MM artefacts, including a pink Pucci dress and a coat worn in The Prince and the Showgirl.)