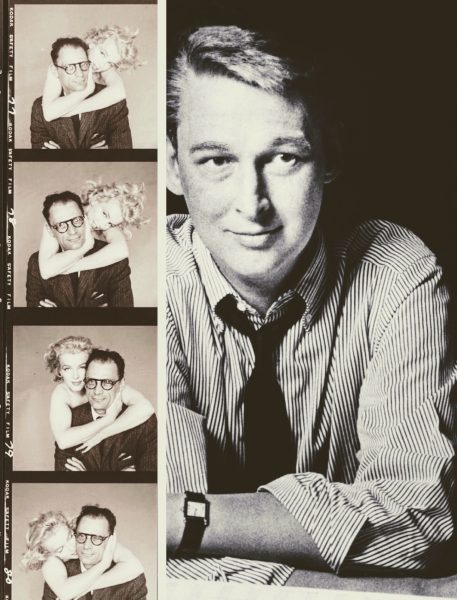 The film and theatre director Mike Nichols, who died in 2014, is one of many whose memories are shared in Avedon: Something Personal.  He studied with Lee Strasberg at the Actors’ Studio in 1953, before developing a comedy act with Elaine May. After directing Neil Simon’s Barefoot in the Park and The Odd Couple on Broadway, he went on to make two of the best movies of the 1960s, Who’s Afraid of Virginia Woolf and The Graduate, establishing himself as one of America’s leading directors.

“I met Dick [Avedon] early in 1960. He came to the Blue Angel, on East 55th Street, to see me and Elaine May in our nightclub act … Then one day he called me out of the blue, wanting to know if Elaine and I would be interested in writing a skit for Marilyn Monroe. Leland Hayward was producing a two-hour CBS special called The Fabulous Fifties and had promised Dick that if he could get Marilyn to do it he would direct it himself.

Our first meeting was at Dick’s apartment at 625 Park … that’s where we sat trying to come up with a Marilyn idea. At the end of the visit he put his arm around me and walked me to the elevator. He said, ‘I have the feeling we’re going to be friends for life.’

The next week he took us to Marilyn’s apartment, around the corner from Sutton Place, so we could present what we’d worked out to her and Arthur Miller. She had been in my acting class with Strasberg, so I knew the way she was,  which was sweet and not saying much. She just sat on the floor at Arthur’s feet – he had his hand on her shoulder. Dick and Elaine and I took turns acting out our rough little idea, whatever it was – after which Arthur said, ‘I don’t think it’s for Marilyn.’ So he nixed it, the jerk, although he and I became friends many years later when we were neighbours in Connecticut…”