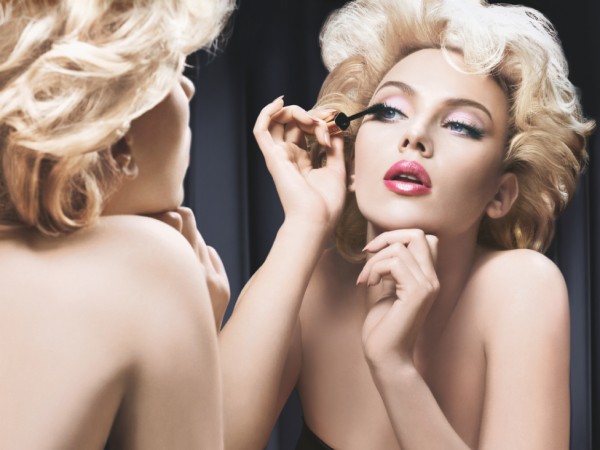 Actress Scarlett Johansson has never made any secret of bing a Monroe fan, and has often drawn on her image – but she has no desire to play her onscreen, she tells The Independent:

‘”I never wanted to play Marilyn Monroe [Johansson was reportedly in the running to play the actress in last year’s ‘My Week with Marilyn’.] I don’t know. It’s just a job – I didn’t have the passion for that. I love Marilyn Monroe. She’s a very underrated actor but it just seemed exhausting in a way that I couldn’t wrap my head around.”‘

Interestingly, her thoughts on fame, and worries about being typecast as a sex symbol echo Marilyn’s…

It’s weird to be a recognisable face I’m not traumatised [by it] but I find it can bring out the worst in humanity sometimes. I’m constantly surprised by how rude people are. You’ll be having an intimate dinner with a friend and there’s somebody on the table behind with a cameraphone pointing at your face. I think, “I would never take a photo of someone without asking.”‘