Which movies have today’s filmmakers been watching in quarantine? Michael Mann, director of Heat (1995) and Public Enemies (2009), chose a classic crime drama which also gave Marilyn her first big break. “When was the last time you saw Asphalt Jungle?” Michael asked readers of Vulture.com. “I have seen it about three times. It’s fantastic. It doesn’t [get the respect today that it should].”

Craig Thornton has reviewed The Asphalt Jungle for his Classic Movie Blog at WWNY.

“One of the most famous crime dramas of the gritty film noir period, this authentic crime caper is considered one of the best of the genres. Directed by one of Hollywood’s most esteemed storytellers (both writer and director) John Huston received two of his astonishing 15 Oscar nominations for co-writing and directing this film … Marilyn Monroe makes one of her earliest screen performances as Emmerich’s (Louis Calhern) mistress, Angela. Although it is a minor role, Marilyn exudes charisma and you can see the burgeoning love affair the camera will always have with her … If The Asphalt Jungle were made today, it would surely have a different ending. Its crime doesn’t pay message would be the exact opposite and the audience would be elated that the amoral bunch had gotten away with the big heist. Still the film is a great example of American realism of the 1950s.”

Theresa Crumpton has compiled her ranking of the best Monroe movies, alongside user ratings from the IMDB website, for the Screen Rant blog. Some Like It Hot, The Asphalt Jungle and The Seven Year Itch top the list, while fan favourite Gentlemen Prefer Blondes is relegated to eighth place; The Prince and the Showgirl, which matches the aggregate score of Bus Stop (ranked sixth), is omitted entirely; and All About Eve, which ties with Some Like It Hot on IMDB, is also conspicuously absent.

Marilyn made most of her major films during the 1950s, so it’s no surprise to find her movies cropping up in entries for the 5 Favourite Films of the Fifties blogathon, hosted today at the Classic Film & TV Cafe. Over at Silver Screen Classics, Paul Batter picks The Asphalt Jungle; at Aurora’s Gin Joint, All About Eve makes the cut. From Monroe’s starring roles, Annette Bochenek chooses Gentlemen Prefer Blondes on Hometowns to Hollywood; Texan blogger Story Enthusiast favours How to Marry a Millionaire; and finally, author Laura Wagner selects the decade’s last Monroe movie, Some Like It Hot, over at Lady Eve’s Reel Life.

“The 1950s were also Marilyn Monroe’s zenith years. She’d been only a starlet in the late ‘40s, with minor roles in minor films, and she lived not very far into the ‘60s. Throughout the ‘50s, however, she was a comet ablaze on silver and Technicolor screens around the world. A superstar.

She started the ‘50s with small roles in two classics, John Huston’s The Asphalt Jungle (1950) and Joseph L. Mankiewicz’s All About Eve (1950). Lesser films continued but, thanks to Howard Hawks and Gentlemen Prefer Blondes (1953), she was able to demonstrate her gift for comedy and shoot to the stratosphere in the glittery role of a dizzy but good-hearted showgirl, Lorelei Lee. Later that year she co-starred with Lauren Bacall and Betty Grable in another huge hit, How to Marry a Millionaire, playing a near-sighted Lorelei Lee type. By the time she made The Seven Year Itch (1955) for Billy Wilder, she no longer needed big name co-stars to help attract a wide audience, she was a phenomenon. At this point Marilyn Monroe wanted to prove herself as a serious actress and so she next appeared in Bus Stop (1956), a William Inge drama directed by Josh Logan. She would finish the decade working with Billy Wilder again, this time on his comedy masterpiece Some Like it Hot (1959).

My Marilyn Monroe pick has to be Some Like it Hot, a flawless film. Penned by Wilder and his writing partner Izzy Diamond, a pair that produced some of the smartest, snappiest and most worldly screenplays ever, Some Like it Hot is classic screwball … The roles of Joe/Josephine, Jerry/Daphne and Sugar Kane give the actors  – Curtis, Lemmon and Monroe – showcases to die for. And each of them delivers and then some. Directing Marilyn was a task that tested Wilder to the limit. But he was convinced that if he could be patient enough to coax it out of her, he’d get the performance he wanted. And he did.” 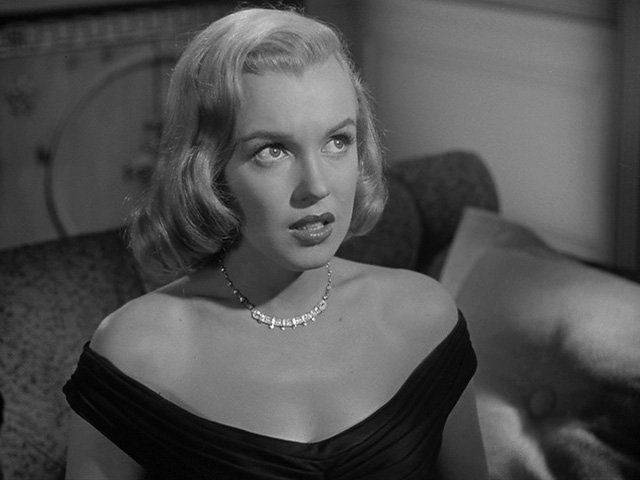 US fans, take note: The Asphalt Jungle is on TCM tonight at 5:45 pm (EST.) Over at his 24 Frames blog, John Greco looks back on how the ultimate heist movie broke all the rules of star-making…

“[John] Huston cast the film with an excellent group of actors. For Sterling Hayden, this was his first leading role in a major film. Louis Calhern, James Whitmore, Sam Jaffe and Jean Hagen were known entities but lacked marquee strength. Marilyn Monroe was still a starlet in what was essentially her first substantial part in a major film. She was not even Huston’s first choice for the role; he originally wanted Lola Albright. Monroe does not have much screen time as the young plaything to the sleazeball lawyer but she manages to make a big impression with her limited exposure, and she looks great.” 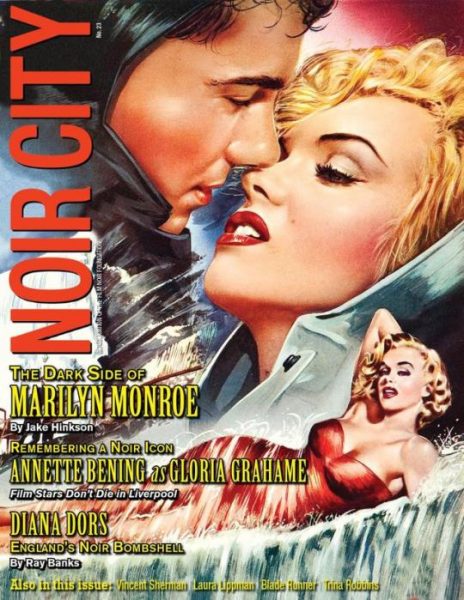 Marilyn is the latest cover girl for Noir City, a digital quarterly published by the Film Noir Foundation. Inside, there’s an eight-page illustrated article, with Jake Hinkson analysing her diverse roles in The Asphalt Jungle, Clash by Night, Don’t Bother to Knock and Niagara. Fellow bombshells Diana Dors and Gloria Grahame are also profiled in this issue. To subscribe to Noir City, join their mailing list and donate $20 or more to the foundation, who host regular screenings across the US and a yearly film festival, and also publish an annual print round-up of the best features. 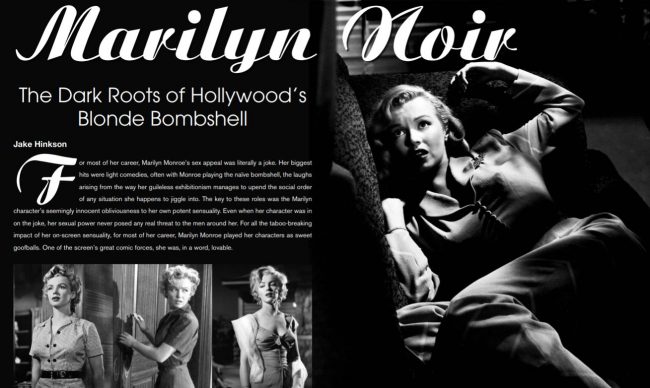 The Asphalt Jungle will be screened at the Andrew Carnegie Free Library and Music Hall in Carnegie, Pittsburgh on April 6. Doors open at 6 pm for this ‘Noir Night Out’, with a chili dinner plus drinks on offer, and the movie starts at 7 pm. Tickets can be purchased here.

The event is hosted by the former Friends of the Hollywood Theater, as the Dormont venue was purchased by the Theatre Historical Society of America in February – a contentious move, as the FOTH had been raising funds and making improvements  in the hope of buying it, Maria Sciullo reports for the Pittsburgh Post-Gazette. 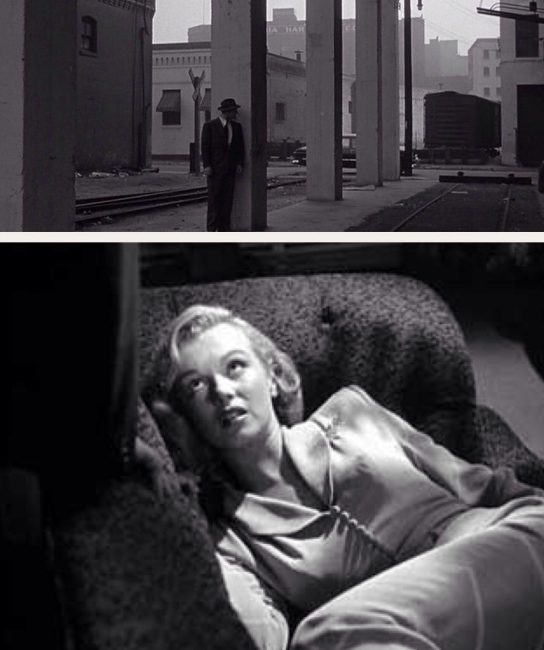 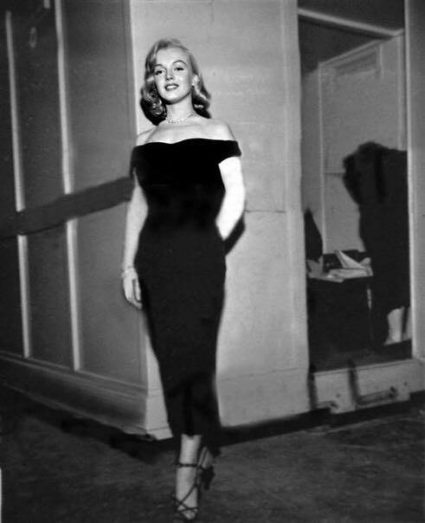 One of Marilyn’s finest early films, The Asphalt Jungle, will be screened at 11am this Sunday, October 29 at Harkins 16 Multiplex, as part of the 2nd annual Flagstaff Film Noir Festival, presented by movie historian Foster Hirsch in Arizona.  Tickets cost $10 per film, or $60 for an eight-film pass.