First published in 1969, Fred Lawrence Guiles’ Norma Jean was one of the earliest Monroe biographies. Drawing on interviews with figures close to Marilyn, it remains highly influential. In 1986, Guiles published a revised version, Legend. This included speculation on her relationship with Bobby Kennedy, previously referred to as ‘The Easterner’.

In 1993 Guiles published a third edition, reverting to Norma Jean and closer to his original manuscript. Oddly, he retained the standard spelling of ‘Norma Jean’ rather than the name she was born with and used for many years (Norma Jeane) in all three editions, which in retrospect seems as glaring an omission as Kennedy’s name. Guiles died in 2000, aged 79.

Norma Jean was Guiles’ first book, and is being reissued in May
by Turner Publishing in hardcover, paperback and ebook formats. It’s not clear if the photo sections are reproduced. While it’s good to see this classic biography back in print, the prior editions are still widely available from used bookstores. This is, however, the first time Norma Jean has been published digitally, although the price on Amazon is currently quite high.

Predictably, the media has focused on the book’s more sensational (and contentious) aspects. In an excerpt published this weekend, the Daily Beast highlights Guiles’ claim that Marilyn may have had an abortion at the Cedars of Lebanon hospital under an alias on July 20, 1962, two weeks before her death. This allegation came from a press aide (probably Michael Selsman, who wasn’t her publicist but worked for the same firm and has repeated the claim elsewhere.)

However, abortion was still illegal at the time under most circumstances, so it was unlikely to have occurred at Cedars of Lebanon. If indeed she was there at all, it’s more likely that Marilyn had surgery to alleviate symptoms of endometriosis, having undergone similar operations in 1954 and ’59. Furthermore, her autopsy report states that Marilyn wasn’t pregnant when she died. Any signs of a recent abortion would surely have been noted there.

Photographer Philippe Halsman’s Jump Book, first published in 1959, is being reissued, reports the Daily Mail. Marilyn’s ‘jump’ session is featured among many others, and a photo of her and Halsman jumping together graced the cover of a previous reissue in 1986.

You can order the new edition now, via The Book Depository. 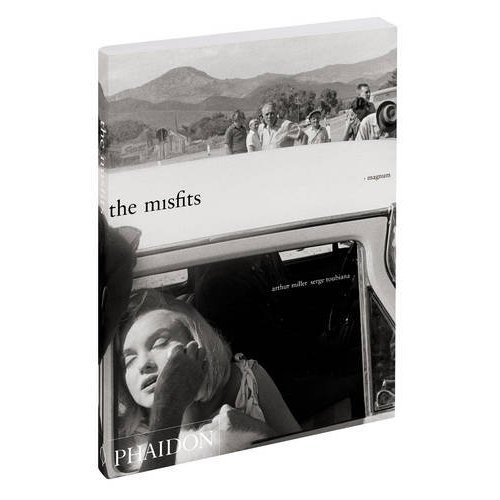 The Misfits: Story of a Shoot, including an essay by Serge Toubiana, an interview with Arthur Miller, and over 200 photos from the Magnum Archive, is being reissued in paperback.

“That we know the story, know what happens after the picture finished, know the heartache, sweat and sheer guts it took to bring the picture to fruition only adds to the book’s greatness. Like I say, whatever your thoughts on the movie, the story of the movie had all the makings of a legend. ‘The Misfits: Story of a Shoot’ treats the legend as is fitting– with class, quality and respect. A truly beautiful publication, the book is one of my personal favorites and will be treasured by any who find it.”

David Marshall, author of ‘The DD Group’ and ‘Life Among the Cannibals’