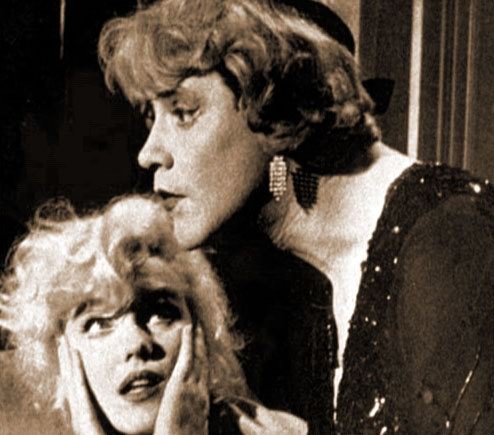 Over at Film School Rejects, Nathan Adams argues – perhaps bravely, some might say rashly – that Some Like it Hot is overrated. So what in the name of Sugar does Billy Wilder’s classic farce have in common with Ted Kotcheff’s Weekend at Bernie’s?

“If somebody were to come up with an exact definition for what a classic, screwball, comedy of errors is, both of these movies would probably meet the criteria exactly. I’m not the person to go around trying to define genres though, so let’s just line the plots up and compare a bit. In Some Like It Hot a couple of guys named Joe and Jerry end up having to pretend that they’re women in order to evade some crooks that are trying to murder them. In Weekend at Bernie’s a couple of guys named Larry and Richard have to drag around a dead guy and pretend that he’s still alive in order to evade some crooks that are trying to murder them. The humor in both films is broad and wacky, but there is also an element of danger to both films because people are really getting hurt and the stakes are as serious as life and death. Both movies also give us a glimpse into the lives of rich people when they’re on vacation. Rich people who get painted as debauched, thoughtless animals who aren’t concerned with anything but their next party, their next extravagant purchase, and their next lay. Even the old rich people. Yuck.”