“An unsigned carbon-copy of a letter, likely from May Reis, Marilyn Monroe’s secretary, to hairdresser Kenneth, dated July 16, 1958. The letter reads in part, ‘Thank you for sending on Miss Monroe’s chignon but I am sorry it has not turned out as she had ordered it so it is being returned to you under separate cover.'” (SOLD for $192)

“A one-page handwritten letter from press agent Patricia Newcomb to Marilyn, dated June 2, 1956. The letter reads in part, ‘Enclosed is a copy of your eye perscription (sic) which I got this morning from Lee Seigel. I am also sending you another bottle, in case you might be running short.’ Also, ‘I mailed your records and hair dryer today, so they should arrive by the end of the week.'” (SOLD for $1,125)

“A one-page typed letter to Marilyn from Nunnally Johnson, dated February 1, no year specified (but probably sent after their 1962 meeting at the Beverly Hills Hotel, to discuss Something’s Got to Give.) The letter reads in part, ‘This is to put it on paper that I’ve rarely had a merrier evening. There’s no question about it, the only way to discuss business is over a bottle or two of champagne, with occasional reflections on sex to keep everything in balance. And if ever the occasion rises you may cite me as a bloke who also likes to sit and talk with you.’ The letter is hand-signed. A well-known screenwriter, Johnson worked on a number of projects related to Monroe, including We’re Not Married, and How to Marry a Millionaire.” (SOLD for $2,240)

“Two letters from the Actors’ Studio, dated January 10 and 12, 1961, regarding the Actors’ Studio Benefit scheduled for March 13, 1961. The January 10 letter announces, ‘Marilyn Monroe will be one of the stars who will draw the lucky tickets for our door prizes and for the Dance Contests.’ The letter is signed by Lee Strasberg, Cheryl Crawford and Elia Kazan (facsimile signatures). The second letter, sent by the benefit’s coordinator, asks Marilyn if it would be possible to take a photo of her wearing a fur coat that will be raffled as a door prize. The letter further requests that Marilyn write to executives at United Artists asking them to reserve tables at the event.” (SOLD for $768)

“Three letters, all dated in January of 1961, referencing possible film projects for Marilyn’s consideration. The January 3 letter from George Chasin is on MCA letterhead and references Touch of Mink, written by Stanley Shapiro (later filmed with Doris Day.) The January 26 letter, also on MCA letterhead, references a screenplay entitled The Notorious Lady, and is signed by Marvin Birdt with a copy to Chasin (later filmed with Kim Novak as The Notorious Landlady.) The January 31 letter is on Twentieth Century-Fox Film Corporation letterhead and references A Lost Lady, and is signed by Frank McCarthy, Director of Public Relations at the studio. (Based on one of Marilyn’s favourite novels (according to her friend and masseur, Ralph Roberts), and previously filmed as Courageous with Barbara Stanwyck in 1934, but dissatisfied with the result, author Willa Cather had banned all movies based on her work.) In this same letter McCarthy writes, ‘Congratulations again on The Misfits and I hope it will achieve the great success it deserves.'” (SOLD for $512)

“A small notecard to Marilyn from producer Buddy Adler. The notecard reads, ‘Darling, It’s wonderful having you home again. Best wishes, Buddy Adler.’ Adler was the producer of Bus Stop, released in 1956. This card is likely in reference to Marilyn’s return to Hollywood in 1956 after having spent the entirety of 1955 in New York City.” (SOLD for $640)

“A two-page typed letter on Algonquin Hotel letterhead to Marilyn from photographer John Bryson, dated August 6, 1960, in reference to the August 15, 1960 issue of LIFE magazine, in which his photos of Marilyn on the set of Let’s Make Love were published. The letter reads in part, ‘I am very happy, however, to report that we close with a larger than full page of the picture of Arthur swabbing off your back after a hard day’s rehearsal. I think the little girl look in this is the best picture I ever took of you.’ The letter goes on to read, ‘Anyway, it is done and I hope you like it. If you do or do not I would like for you to remember that I think you are one of the best women I have ever known and if you ever need a friend for anything just call day or night. I do not say such things casually.'” (SOLD for $1,280)

“A Western Union telegram from Mary Leatherbee of LIFE magazine dated June 26, 1958, regarding photos of Marilyn taken by Richard Avedon in which she recreated images of famous actresses for a spread entitled ‘Fabled Enchantresses.'” (SOLD for $640)

“A one-page typed letter to Marilyn from Emmeline Snively, dated July 31, 1958. Snively was the owner and manager of the Bluebook Modeling Agency. Marilyn, still Norma Jean at the time, signed with the agency in 1945, and Snively is believed to have assisted her in transforming into Marilyn Monroe. The letter reads in part, ‘We have been following your steady progress over the years, and our students at Blue Book Models regard your success and constant development as an inspiration.’ Included with this letter is a torn portion of the original mailing envelope with Snively’s typed mailing address. Pencil scribbles are visible on the envelope fragment, possibly written in Marilyn’s own hand. It is interesting to note that Snively attempted to stay in contact with Marilyn throughout the star’s career. In fact, she was one of a very few guests from Marilyn’s inner circle who was invited to her funeral.” (SOLD for $640)

“Six documents referencing an agreement, and the dissolution thereof, between Marilyn Monroe and Ben Hecht regarding his authoring her life story. Included is a facsimile copy of the originally signed agreement between Monroe and Hecht, dated March 16, 1954, in which the terms of the agreement are exceedingly clear. Three unsigned carbon copies of this same agreement are included. Also included is a facsimile copy of a two-page letter sent to Hecht by Marilyn’s attorney Lloyd Wright, Jr., in which he demands that Hecht ‘surrender to us on behalf of our client, Miss Marilyn Monroe, all, and I repeat all, copies of any material concerning Miss Marilyn Monroe written by Mr. Ben Hecht, pursuant to his contract of March 16, 1954 with Marilyn Monroe, or otherwise.’ Marilyn partnered with Hecht to write her life story, stating specifically that the article could be published only in the Ladies’ Home Journal magazine.” (SOLD for $640)

“A two-page typed memo from Robert H. Montgomery, Jr. to John F. Wharton regarding ‘Proposed settlement of dispute between Milton H. Greene and Marilyn Monroe. The document clarifies that Monroe will pay Greene $50,000.00 for his stock in Marilyn Monroe Productions, Inc. in five equal annual installments, and also that she will sell to Greene her stock in Milton Greene Studios.’ The document further states, ‘all agreements existing between them are cancelled and of no further force and effect.’ A second two-page original document outlines the distribution of furniture and equipment, including paintings, rugs, a vacuum cleaner, a lamp, a chair and a sofa, typewriters, and other items.” (SOLD for $1,000) 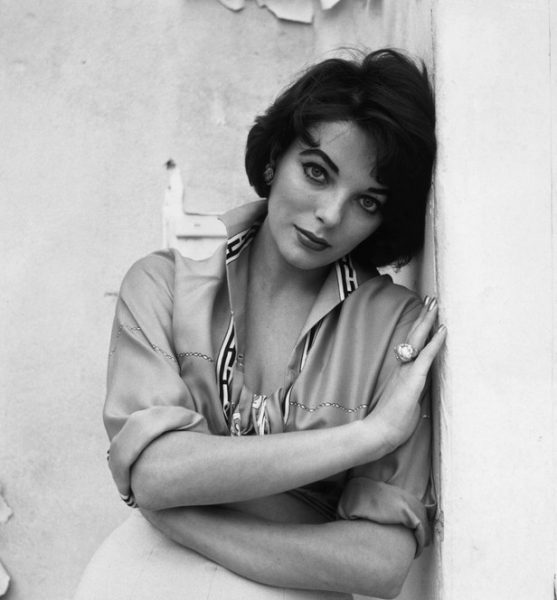