‘Who Do You Think You Are, Marilyn Monroe?’ was the title of a panel discussion held at the BFI in June as part of their MM retrospective. Film programmer Jemma Desai chaired a wide-ranging debate that encompassed acting methods, body image and feminism. Film scholar Lucy Bolton, writer Jacqueline Rose (Women in Dark Times) and playwright/novelist/critic Bonnie Greer (Marilyn and Ella) share their perspectives on why Monroe’s life and work continue to fascinate – with Greer even suggesting that “Marilyn was a hundred times more radical than Arthur Miller could even begin to dream of being.” You can watch the discussion in full here. 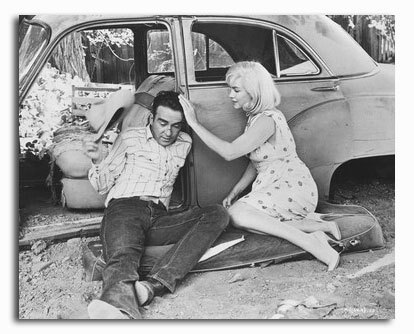 The full programme for the BFI’s June season of MM films is now online, with tickets available now for members, or from May 12 for non-members. All of Marilyn’s films from 1952-62 are included (apart from O. Henry’s Full House), with multiple showings of The Misfits as part of its nationwide reissue, and a new print of Niagara. This retrospective includes two other events: ‘Who Do You Think You Are, Marilyn Monroe?‘ on June 3rd, featuring authors Jacqueline Rose and Bonnie Greer; and a Marilyn Monroe Study Day on June 27, with guests including Sarah Churchwell. You can view the digital guide for June here. 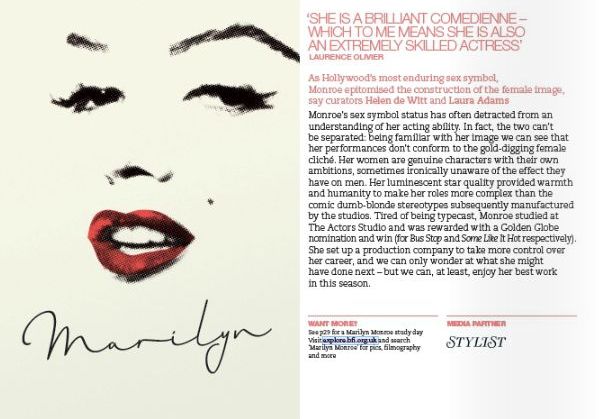 Details of the British Film Institute’s June retrospective (at London Southbank) have been posted on their blog, naming 12 of the 15 Marilyn movies to be screened – and giving us a sneak preview of the season’s poster. (Interestingly, the BFI have partnered with Stylist, the free women’s magazine who have picked Marilyn as their cover girl on more than one occasion.)