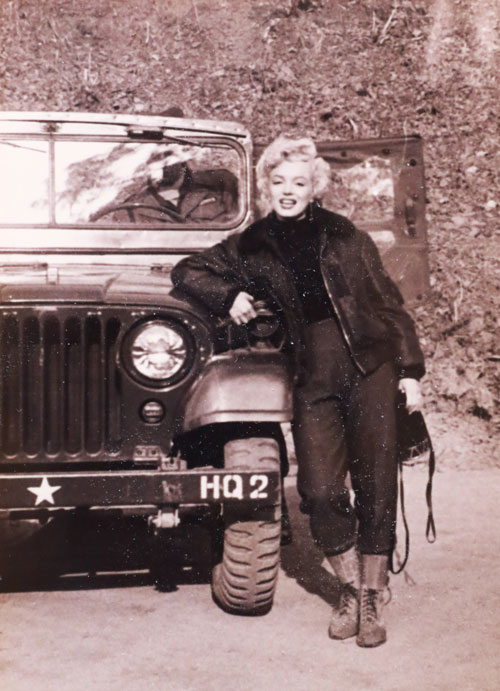 Bill Wamke, who was drafted by the US Army in 1952 and was appointed stenographer to the Commanding General of the 25th Infantry Division, recalls meeting Marilyn during her 1954 tour of Korea in an interview with the Kokomo Herald.

Wanke still has the photographs he took of Monroe and said, for one of them, she was kind and patient while he got his camera set to take the photo.”