Artist Chuka Susan Chesney‘s portraits of Marilyn – each based on the same 1962 photo by Bert Stern – will be on display at the Altadena Public Library throughout April, reports Pasadena Now. Chesney will donate 30% of her sales to Kitten Rescue, an Los Angeles-based charity. 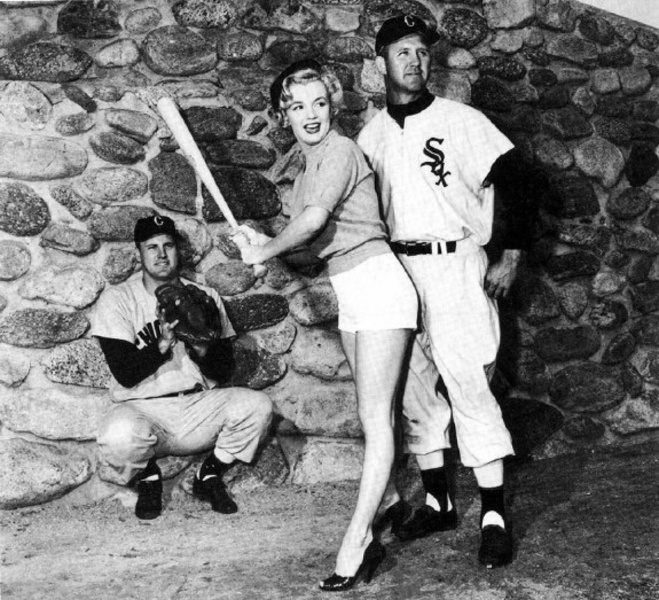 Gus Zernial, the left-fielder and right-hand batter who played in baseball’s Major League during the 1950s, has died aged 87. Along with Mickey Mantle and Yogi Berra, Zernial hit the most home runs during the decade.

Zernial is also known to MM fans because of the publicity photo he posed for with a young Marilyn in March 1951, while he was with the Chicago White Sox at spring training camp in Pasadena. (He is standing next to her in the picture above.)

‘I was really attracted to her beauty, but more than that,’ Zernial told author Michelle Morgan, as quoted in her 2007 book, Marilyn Monroe: Private and Undisclosed. ‘She was attractive both inside and out – a beautiful person to talk to, and I also believe she had a lot more to offer than the way she was shown by Hollywood.’

The stunt was organised by press agent David March. After the pictures were published, none other than Joe DiMaggio asked, ‘Who’s the blonde?’

The story goes that in early 1952, when DiMaggio was visiting Los Angeles, March arranged a date with Marilyn. And the rest, as they say, is history… 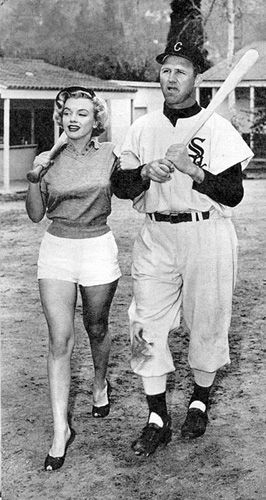 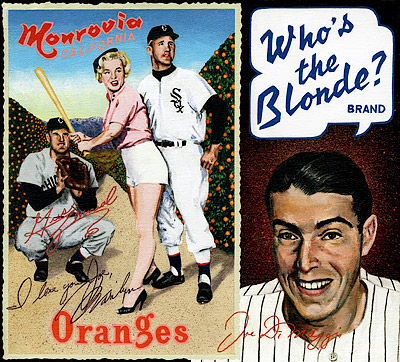 Two MM films are showing as part of the ‘Leading Ladies’ series at the Old Pasadena Film Festival.

How to Marry a Millionaire (One Colorado Courtyard, 41 Hugus Alley) 8:30pm

All About Eve (One Colorado Courtyard, 41 Hugus Alley) 8:30pm