The Holmby Hills estate that was formerly home to movie mogul Joe Schenck has been purchased for $165 million by the world’s richest man, Amazon CEO Jeff Bezos, the New York Post reports. During the late 1940s, Marilyn sometimes stayed in Schenck’s guesthouse – but despite rumours to the contrary, both insisted their relationship was platonic (read more about the property’s history here.) 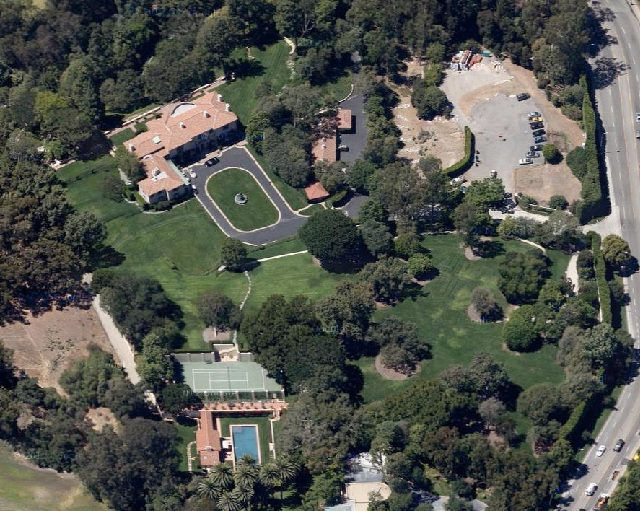 The former home of movie mogul Joe Schenck is rumoured to be up for sale – for $150 million, reports The Real Estalker. During the late 1940s, a young Marilyn often stayed in the guesthouse. (She always maintained that their friendship was platonic.)

“The sprawling Holmby Hills spread, set between Sunset Boulevard and the famously clannish Los Angeles Country Club, has over the years been owned by a long list of high profile people…

We can’t be sure the figures are accurate, but the Los Angeles County Tax Man show the house has 9 bedrooms and 12 bathrooms and a two-minute video made when Owlwood was for sale in the late 1990s and early 2000s states the multi-winged mansion encompasses 22 rooms including a baronial, 1,500 square foot living room with solid oak paneling and marble-faced fireplace…

Each of the three separate but adjacent parcels that make up Owlwood at one time had a substantial mansion on it. Two of them were torn down. The last mansion standing on the hoity-toity Holmby Hills homestead is a 12,000-plus square foot Italian Renaissance-style pile (vintage photo above) designed by accomplished architect Robert Farquhar and built in 1936 for Florence Quinn, the ex-wife of department store magnate and real estate mogul Arthur Letts Jr. 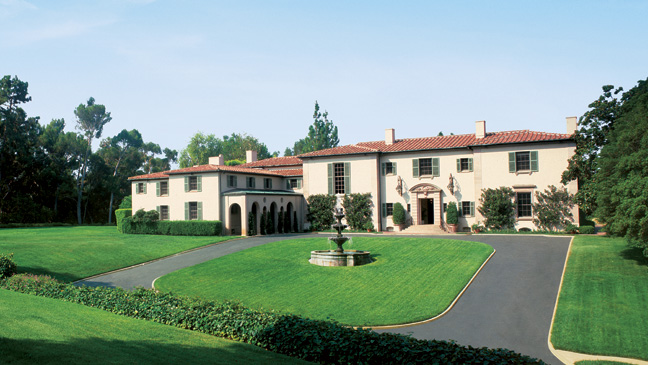