David Thomson is another film critic who doesn’t rate Marilyn’s screen performances all that highly, but often feels compelled to write about her. He provided an introduction for Anne Verlhac’s MM: A Life in Pictures (2007), and also mentions Marilyn in his 2012 book, The Big Screen: The Story of the Movies and What They Did to Us. In it, he credits most of her best work to her directors, and even suggests Michelle Williams did a better job of being Marilyn than she did (in My Week With Marilyn.) Nonetheless, he can’t deny her enduring appeal…

“She was always in her glory in stills, like a kid raised on fan magazines and their suspended moments of desire and splendour. When she moved on film, in real time, she often became more awkward and exaggerated. But she was enough of a pin-up girl – and there was a luxuriant but tasteful spread for a nude calendar – that she was signed up by Twentieth Century Fox. They decided to call her Marilyn Monroe. She was one of the last studio fabrications and she would die still attached to Fox in anger, grief and litigation.

She would marry Joe DiMaggio, the model of baseball, and then Arthur Miller, the intellectual, leftist playwright. It was a search for happiness, but a kind of nationwide casting, too. There were also affairs … Norman Mailer never quite got over the frustration that he was not included and he wrote a rhapsody to her that was driven by his never knowing her.

What was she like on-screen? More or less, fifty years after her death, everyone has seen some of Marilyn’s films. A lot of them were thankless studio assignments. In many she is being mocked by her own pictures … Studios no longer had reason or the skills to look after their wayward stars, and no one ever knew how to plot a career line for Monroe, or have her remember it …

Marilyn Monroe was never in charge, and that is why the public felt a helpless publicity at the news of her suicide …. Her actual achievement, in stills and movie moments, was slight compared with the work of Katharine Hepburn, Barbara Stanwyck, Bette Davis, or Meryl Streep. But if anyone today is asked to do a painting of the history of the movies (or a book jacket), chances are they do Chaplin tipping his hat to Marilyn, with her standing over that subway grating in New York, where the rush of a passing train turned her white skirt into a parachute. She taught us to see that great images were lost children, and we walk on in dismay …”

Thomson also writes at length about Some Like It Hot, and the hair and wardrobe tests filmed with Marilyn for the unfinished Something’s Got to Give, which are in some ways more haunting than the scenes she completed (perhaps because she was unhampered by the dated script.)

“The test is in colour but silent. She wears a white dress with a black floral pattern and she is talking to the director George Cukor. She is herself, not the character for the film, and as beautiful and confident as she ever managed on film, as if aware it was her best shot. Some said that, in the last couple of years, Monroe was so drugged that she had difficulty focusing her eyes. That doesn’t show in this test. She is presence itself and suggests she might have been a smart woman and not just ‘Marilyn’.”

Film critic David Thomson is not Marilyn’s biggest fan. “Monroe wasn’t a serious actress,” he once wrote. “I don’t think she could really carry more than a line or two at a time.” Nonetheless, he seems drawn to her image, having penned a snarky introduction to Marilyn Monroe: A Life in Pictures (2007.) In anticipation of the November 16 auction at Julien’s, Thomson has written another gossipy article for The Guardian about the Jean Louis dress worn by Marilyn as she sang ‘Happy Birthday’ to President John F. Kennedy in 1962.

“You can say that only demonstrates her victimhood and makes her wishing more wistful. But then you have to see the plain delight with which she did these preposterous things, these moments, as if she could not resist or do without the comfort that came with the gasps and the whistles at Madison Square Garden when she came into the platinum light, shrugged off her wrap and stood there, with her massed blonde waves jutting off to one side, like the control on tower an aircraft carrier, in a dress that could have been painted on her. And she did not seem like the hesitant neurotic of fame and constant lateness when she broke into the birthday song. Just take a look. She seems happy, and an actress is hired to give us some sort of good feeling. This is maybe her greatest moment – the most reckless – and she knows it, even if the summer of 1962 is her hell.” 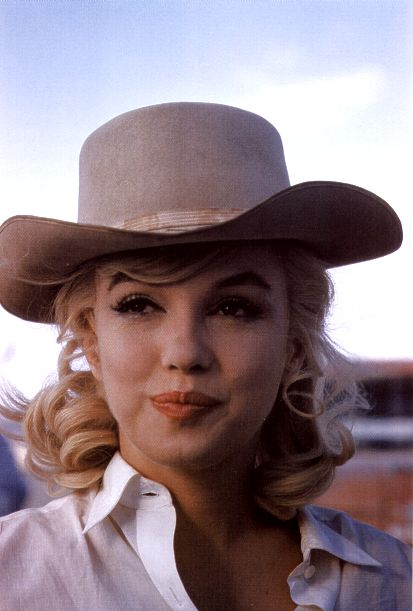 This is the question posed by Lena Corner in today’s Independent, with a byline stating that ‘if she were alive today, the actress would be just another druggie starlet.’ (Needless to say, I strongly disagree…)

“Our enduring obsession with Monroe owes much to the fact that she was working in an older, gentler world in an era before the media made it its business to get its nose into everything. Unlike Lohan and other stars of today, who we get to see snorting coke, sporting alcohol-monitoring tags and wearing no knickers, we never witnessed anything like that with Monroe.

Recreating Monroe’s mix of wide-eyed innocence, overt sexiness and the frisson of danger and power that comes from being associated with the mafia and the Kennedys is nigh on impossible. Celebrities these days only seem interested in having access to Premier League footballers which isn’t nearly so interesting.”

“Monroe wasn’t a serious actress. There are stories that she wanted to play amazing parts and that Lee Strasberg (the method acting coach) thought she was a great actress. I don’t believe it. I don’t think she could really carry more than a line or two at a time.”

However, even Thomson – despite his low opinion of Monroe’s talent – has to concede that she is an enduring icon…

“Our obsession isn’t going to stop for a long time yet. These days we don’t believe in stars in the same sort of way. We are much too cynical. Celebrity has taken over from stardom and celebrities have a built in self-destruction factor which means they’re always going to implode or burn up. There is no one remotely close to Monroe and I don’t think there ever will be.”

Writing in the Vancouver Sun, Shelley Fralic argues that, contrary to received wisdom, Marilyn was a woman of substance…

“Have we really developed a celebrity culture so thin on the ground that it no longer requires its icons to have real talent, but instead slavishly worships and rewards those who bring nothing more to the table than bouts of bad behaviour or a bodacious booty?

But, hey, what about Marilyn Monroe, you say?

Didn’t we worship her as nothing more than the original blond bombshell?

Well, if you have to ask, then you’ve never seen Monroe’s achingly intimate and vulnerable performance in The Misfits.

Kim Kardashian does nothing, and for that she is famous.

We have surely gone insane.”