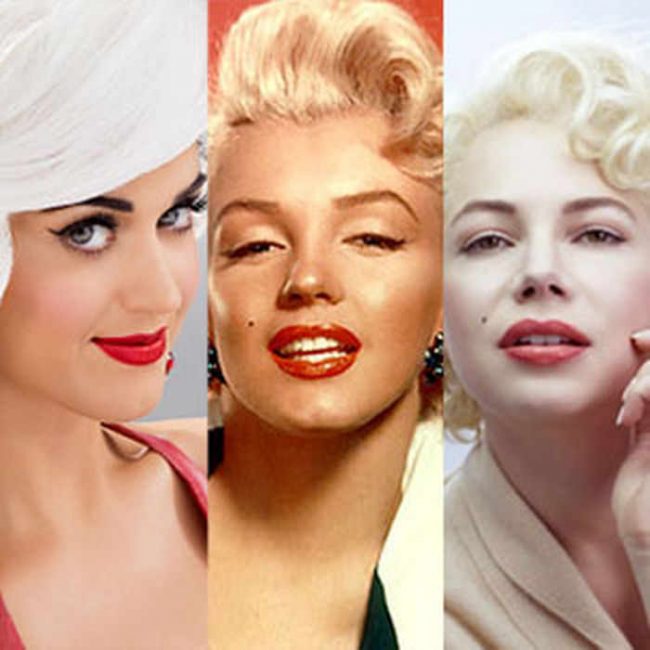 Harvey Weinstein, producer of My Week With Marilyn, told Marc Malkin of E! Online that he would like to bring the story to Broadway – possibly with singer Katy Perry in the lead role.

I think this is a terrible idea – not the production per se, but the gimmicky casting – no disrespect intended to Katy, but she doesn’t remind me of Marilyn at all.

“‘If the movie works, I would try to make it a musical and I would go to Katy first,’ Weinstein told me this morning. ‘I think she can play Marilyn on the Broadway stage … I think she would be amazing.’

Perry has become a cheerleader of sorts for the flick. A remix of her hit ‘The One That Got Away‘ is being used in a new trailer for My Week With Marilyn.

‘Katy posted about it on her Twitter and Facebook and the next thing you know 250,000 people have downloaded the trailer in an hour,’ Weinstein said.

Perry did a send-up of Monroe for a video for ‘Teenage Dream’ that was used for a 90-second commercial for German TV show Star Force. Wearing a blond wig and red dress, she recreated the iconic Seven Year Itch scene in which Monroe’s dress gets blown up above her knees as she stands on a subway vent.”