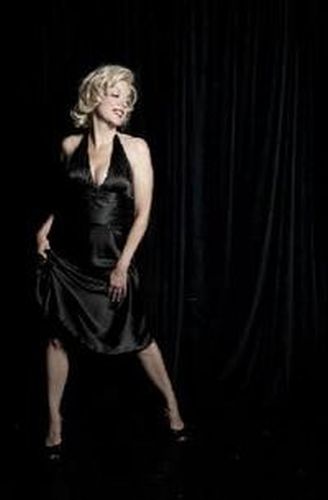 Broadway World has announced that Louisa Bradshaw will star in a one-woman show, Siren’s Heart: Marilyn in Purgatory (script by Walt Stepp) at Theater for the New City from November 17-December 11.

“SIREN’S HEART is not the familiar victim narrative about Marilyn Monroe. She is still a living icon in the hearts & minds of millions, but in her own time, Norma Jean was suffocated by the mask of Marilyn & the weight of living up to that impossible ideal of beauty, crushed her. This play with music imagines another place where we see Marilyn, or Norma Jean, as she might have been; as she wanted to be: the well-rounded, unhaunted person she couldn’t be in her all-too-brief life.”

Siren’s Heart isn’t the first play about Marilyn, and it probably won’t be the last either. As Broadway.com reports, Marilyn (and JFK) topped a recent poll by theatregoers of famous couples they’d like to see brought to the stage.