George Burgtorf of Saramac, Michigan, has shared his memories – and photos – of meeting Marilyn as a young sergeant stationed in Korea during her morale-boosting 1954 visit, in an interview with the Ionia Sentinel-Standard. 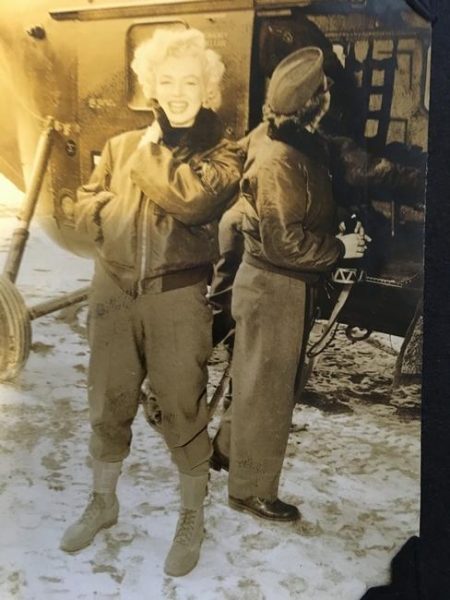 “George Burgtorf of Saranac was a 20-year-old sergeant in the United States Army’s 2nd Infantry on a cold day in February 1954 when Marilyn Monroe performed in the Chorwon Valley during the Korean War. He carried with him a small Brownie camera and a pass that granted him access to everywhere, except the top secret code room, that is.

He was nearby when she landed by helicopter at the camp and later he ate lunch with the movie star and dozens of other service men in the mess hall. In the afternoon, he was near the front when she went on stage and performed several songs.

‘She spoke to most of us, she just said, Hi,’ Burgtorf said. ‘She seemed very nice.’ 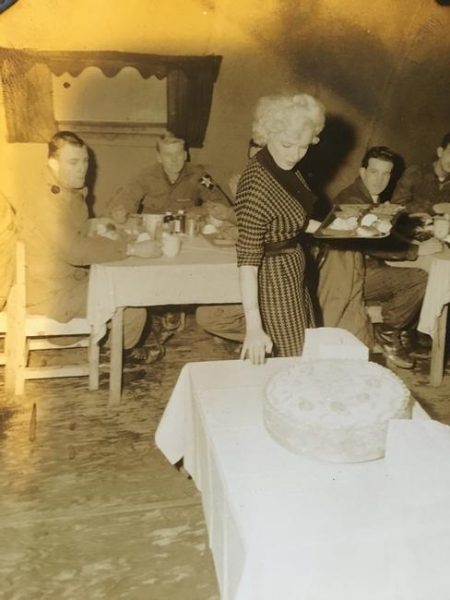 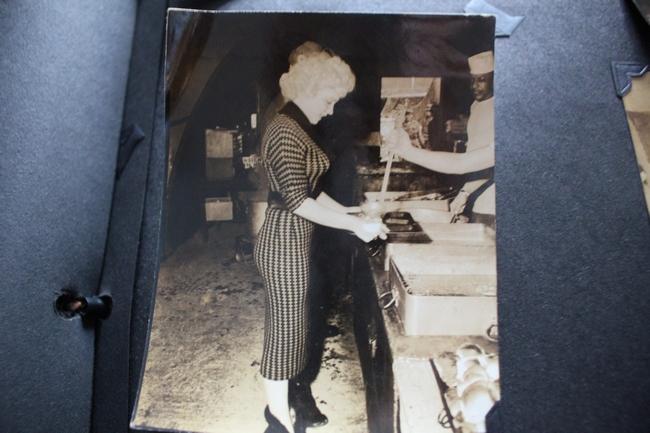 ‘The food was generally very good at the mess hall. She seemed to enjoy herself.’

Burgtorf’s job was taking care of telephone communications for the army. It brought him close to generals, movie stars and future president Gerald Ford.

‘I could get into any building because of the telephone,’ Burgtorf said. ‘The mess hall was really just a tent, and I was the only one with a camera that day.’

He said he saw one or two other USO performances with the 2nd Infantry at the Bulldozer Bowl, but he doesn’t remember who performed other than Monroe, which stands out in his mind. 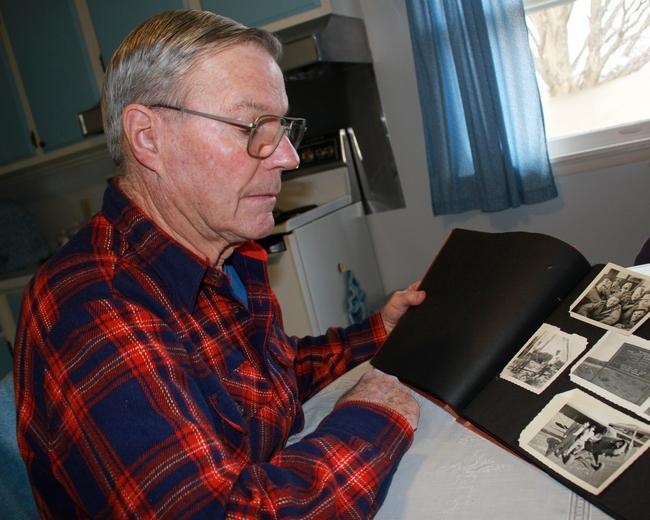 ‘It was many years ago,’ Burgtorf said. ‘It was very, very cold that day. I think they must have had a heater blowing towards the stage, because she was in some skimpy clothes.’
‘We were right in the valley, there were mountains on both sides of everything.’

Burgtorf said after Monroe performed she quickly got onto a helicopter and went to perform another show.’She was on a very tight schedule,’ he said.”

Marilyn graces the cover of Homeland magazine’s February issue, marking the 75th anniversary of the founding of the United Services Organisation (USO), which brought her to Korea back in 1954. There is another photo inside, and she is mentioned briefly in an article about the USO. For details on how to obtain a copy, send an email to info@homelandmagazine.com 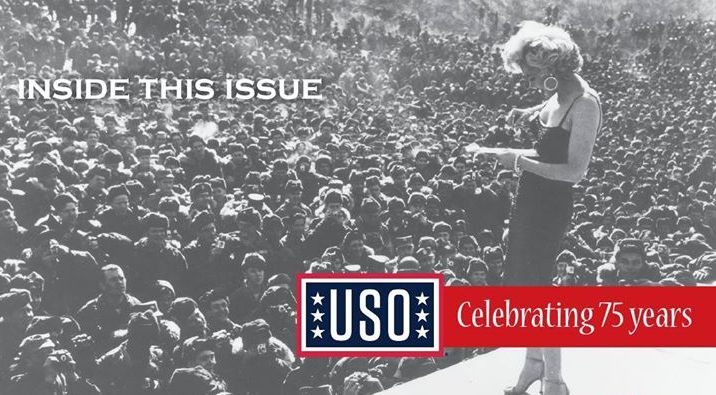 Over at Remind magazine’s blog today is a feature about the USO, who brought Marilyn to Korea in 1954.

“As it became clear that the United States was heading into World War 2, a number of service organizations mobilized in support of the military … To maximize the support provided by these groups, President Roosevelt asked Congress to enact the nonprofit United Service Organizations (USO). Roosevelt said he wanted ‘these private organizations to handle the on-leave recreation of the men in the armed forces.’

Although congressionally chartered, the USO is not a government agency and relies heavily on corporate and individual donors.

In 1950, an the U.S entered the Korean War, the USO was re-activated and new performers signed up for duty, including Danny Kaye, Debbie Reynolds and Marilyn Monroe. The USO stayed active afterward, providing services to faraway soldiers in peacetime as well as in the later conflicts in Vietnam, Kosovo, the Gulf War, Iraq and Afghanistan.”