Following the recent news of Laurie Simmons impersonating Marilyn in My Art, another movie referencing MM hits screens online and in limited theatrical release in the US today. Freak Show, a comedy about Billy, a trangender teen (played by Alex Lawther), is the directorial debut of Trudie Styler – who you may know better as the wife of rock star Sting.

“Encouraged in adolescence by his bosomy, vodka-swigging, self-indulgent mother (a small but rich performance by Bette Midler), Billy (Alex Lawther) quotes Oscar Wilde and drifts easily into the kind of swishy son for whom his disillusioned father slowly abandons hope. Delighted when his parents split, Billy and his mom become soul mates for seven glorious years, but when she disappears one day into rehab hell, the boy confiscates her gowns, shoes and gaudy makeup, and moves with his father (Larry Pine) from Darien to a fresh hell of his own in a hostile red state where he shows up on the first day of high school dressed like Marilyn Monroe.” 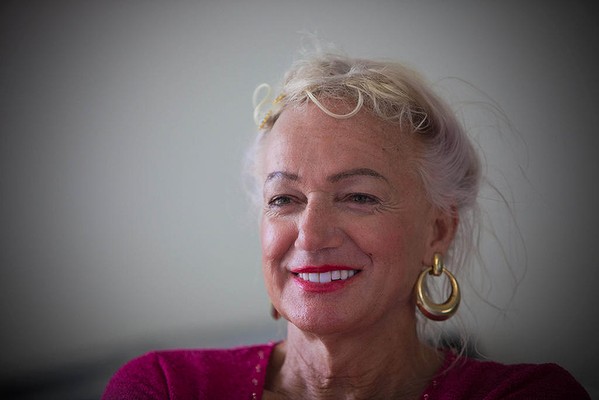 It is sometimes said that Marilyn had a dual identity – that of Monroe, the glamorous movie star, but also the insecure Norma Jeane. The same could be said of Peter Drouwyn, the Australian surfer who now lives as a woman, Westerly Windina, on the Gold Coast. In a recent interview with the Sydney Morning Herald, she described how Marilyn Monroe inspired her to make a life-changing decision.

‘ ”Peter’s gone now,” she says, matter-of-factly. ”He was always a compromise on the real thing: the girl [inside him]. He was a stranger on the shore and he always knew there was something wrong. But although he’s gone, I still have his memories … they’re the only memories I have.”

”With Peter, there was always a shyness and confusion – almost a feeling of insanity – when he had to do things in front of a camera. He started having terrible panic attacks at the age of 12,” she turns and indicates an image of Marilyn Monroe on an etched wall mirror, ”like that girl there. She had panic attacks. Peter bought that picture in 1979 and carried it with him ever since. Why would he do that? I think it was because he recognised someone who was a part of him, or part of me, for a long, long time.” ‘ 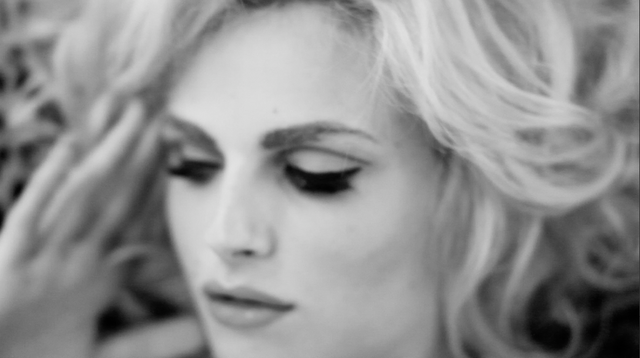 Andrej Pejic – an androgynous, 20 year-old Australian male model of Bosnian descent – appears as Marilyn in ‘Norma Jean’, a risque short film styled by Patricia Field, who comments, “It looks at Marilyn’s status as a sexual icon and explores the societal implications of the sex-kitten femme.” 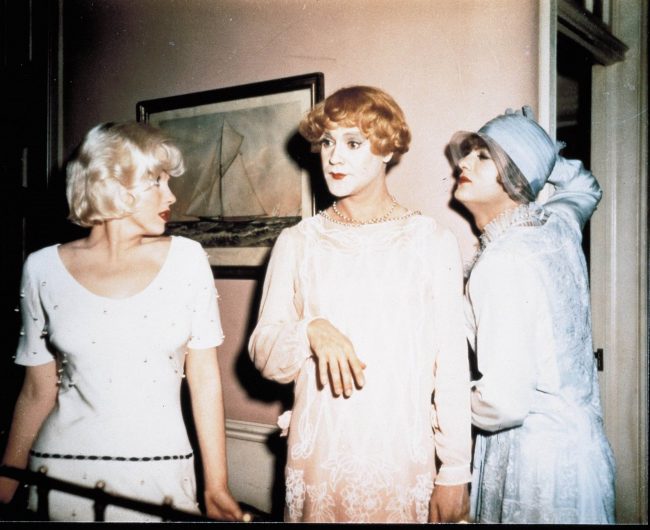