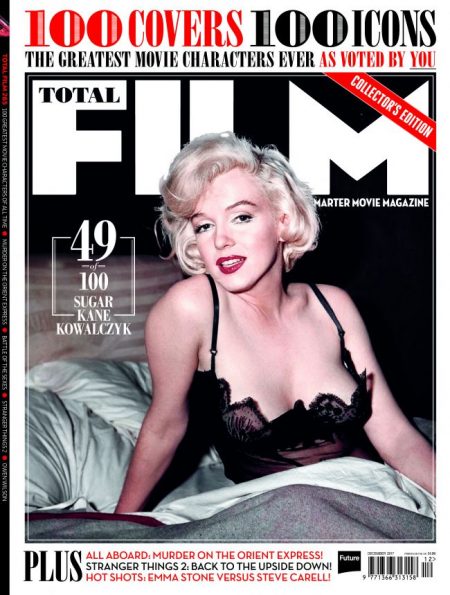 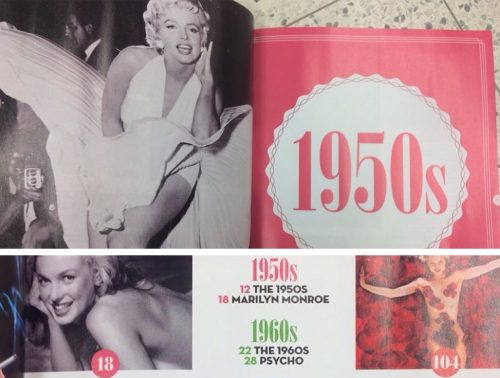 A four-page spread is devoted to Marilyn in Classic Film:  Your Essential Guide to Retro Cinema, a one-off special from UK magazine Total Film. “Though she may be plastered on everything from commemorative plates to clothes, Monroe is worth checking out on celluloid,” the article begins. “An underrated comedienne, a seductive on-screen femme fatale and a mesmerising star, she left an indelible impression on cinema and popular culture. Miss Monroe, we salute you!” 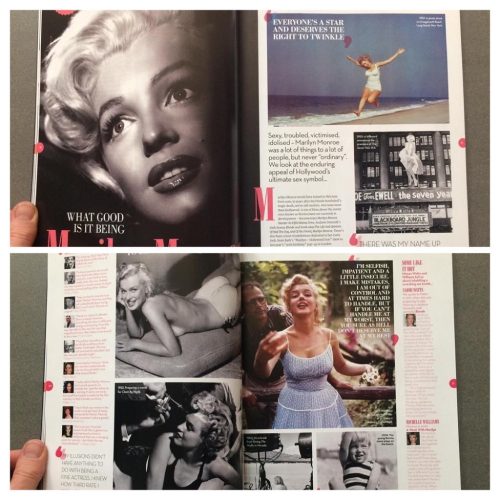 Released last month, you can still buy it at good newsagents or online (I found it here.) The large-format edition looks back at more than a century of movie history, although the focus is mainly on the 1950s onwards. There are some interesting quotes about Marilyn from her directors and co-stars, as well as more recent acolytes like Michelle Williams and Naomi Watts. Unfortunately, two of the quotes attributed to Marilyn are fake – can you spot them? 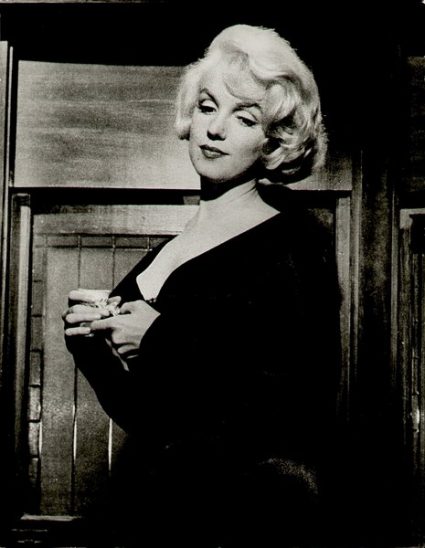