John Seward Johnson, the sculptor who created a 50 ft. likeness of Marilyn, has died aged 89, the Desert Sun reports. The artist, whose grandfather founded the Johnson & Johnson empire, began a highly successful career in sculpture in 1980. ‘Forever Marilyn’ was first unveiled in Chicago in 2011; after touring the U.S. and Australia, it is set to return to Palm Springs later this year (and a number of smaller replicas are also on display across America.)

This lovely Seven Year Itch-inspired figurine is part of ‘Make ’em All Mexican’, a series of reinvented icons created by Chicana artist Linda Vallejo, and is on display in Brown Belongings, a free exhibition at the Los Angeles Plaza de Cultura y Artes (LAPCA), as LA Weekly reports.

One of Seward Johnson’s ‘Forever Marilyn’ statues is currently greeting visitors to the R.W. Norton Art Gallery in Shreveport, Louisiana, as Tiana Kennell reports for the Shreveport Times. 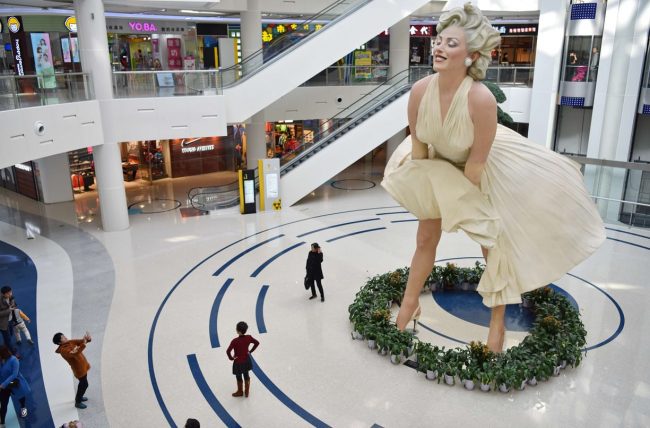 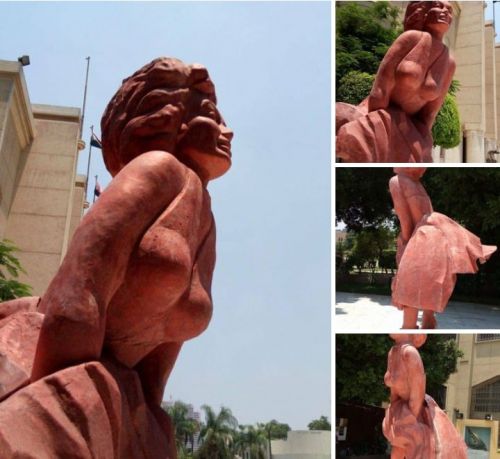 This ‘snow sculpture’ depicting Marilyn’s ubiquitous ‘skirt-blowing’ pose from The Seven Year Itch can be found at Central Street in Harbin, capital of northeast China’s Heilongjiang Province. It is one of 45 sculptures displayed on the street as part of the 3-month long, 28th Harbin International Ice and Snow Festival. 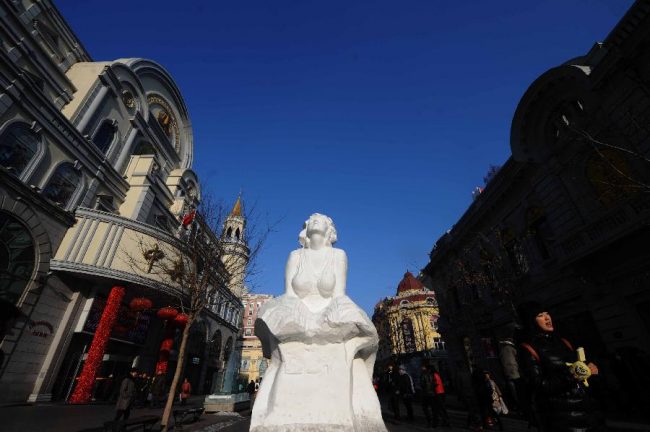 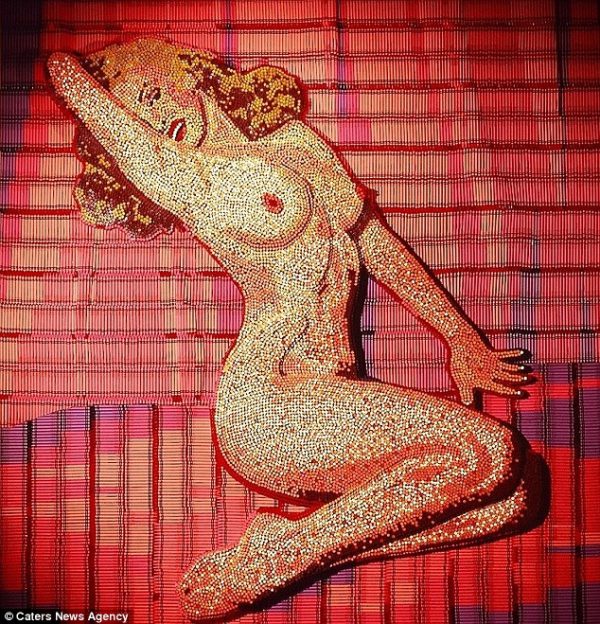 This sculpture, based on Tom Kelley’s nude calendar and sculpted entirely from crayons, is featured in a Daily Mail profile of Nashville artist Herb Williams, who has recently been commissioned to create new works for the White House. 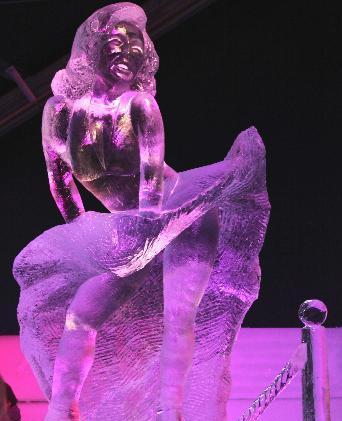 Part of the Snow and Ice Sculpture Festival in Bruges. This year’s theme is ‘Around the World’.